Freaks and Geeks actress and E! Talk show host Busy Philipps spent her Wednesday TV slot telling women abortion is just one of those things that goes hand in hand with female expression, and how it’s everyone’s duty to trust that “women and doctors” should be able to make the “best decision.” But why should we give her credence in this argument? Well beside the fact that Philipps is a woman (which is enough for most abortion apologists,) she divulged that she’d had one herself, and therefore the killing must continue. 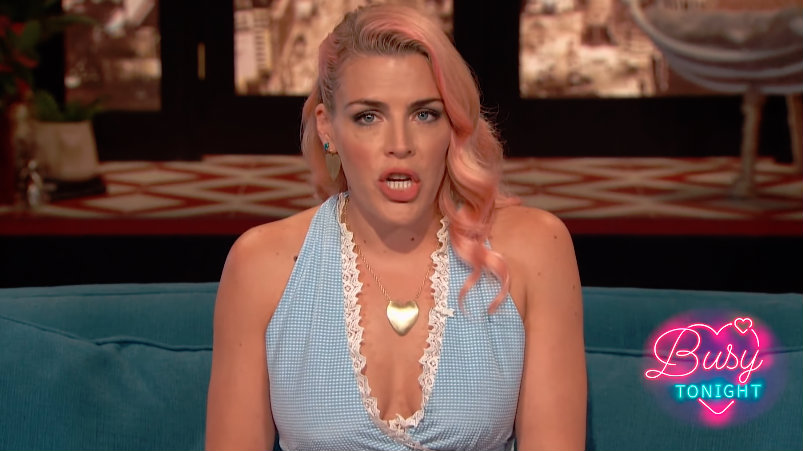 At the opening of Wednesday, May 8’s Busy Tonight, the normally peppy pop culture host, who usually focuses on Hollywood stars and their premium-pedigree Chihuahua quintuplets, decided to talk about more serious matters. That day, Georgia Governor Brian Kemp decided to protect life by signing his state’s “heartbeat bill” and Philipps wasn’t happy about it.

Philipps’ began: “Well listen, I have to say something. Here at Busy Tonight, you know we tend not to be overtly political … As it turns out, like just trying to be a woman in today’s world is political.” And away she went.

“So this morning, Georgia’s governor signed a bill effectively banning abortion after five to six weeks into pregnancy. That’s before most women even know that they’re pregnant,” Phillips claimed, working hard to spin this as some tragedy.

Busy acknowledged that many people feel “strongly about abortion.” But in hackneyed pro-abortion language, she asserted, “Women and their doctors are in the best position to make informed decisions about what’s best for them.” With an emphatic head shake, Busy added, “Nobody else. Nobody.”

Sadly, but predictably, the audience cheered her defense of extinguishing a human life. She tossed out the back alley/coat hanger talking point. “Here is the reality. And we know this from before Roe v. Wade was passed: No bill that criminalizes abortion will stop anyone from making this incredibly personal choice,” she said. “These laws will put more women at risk.

“One in every four women,” has had an abortion she claimed, including her. “I had an abortion when I was fifteen years old, and I’m telling you this because I’m genuinely really scared for women and girls all over this country.”

No, not scared that young women will be duped into thinking that abortion is an ok way out of having kids, but scared that they won’t be free to nip that little “problem” in the bud. Philipps’ abortion was a tragedy. But to continue to compound that tragedy in the name of “personal choice” is something else.