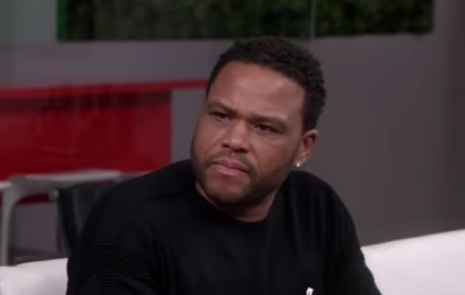 ABC’s sitcom "black-ish" has well established itself as an outlet for a leftist and racist political agenda over the years. Tuesday’s episode, “Ashy to Classy” was no different as the show claimed that the American Dream “can be yours...unless you’re black.” It also preached that people of color have to be perfect because “(their) path to the American Dream is so narrow…”

Right from the start of the episode, main character Dre (Anthony Anderson) whines about his perceived victimhood in the show’s opening montage and voiceover:

Dre: The American Dream says work hard, pay your dues, and anything you ever want can be yours. Unless you're black. To get even a tiny drop of that respect we deserve, black people have to be the best. No, the greatest. And because we have to be great, that excellence oozes through everything we do -- how we walk, how we talk, and especially how we look. We don't have a choice. Our path to the American Dream is so narrow that one perceived slip brings out the haters. Serena was on her way to winning another French Open, but all they could talk about was her catsuit. Barack Obama went three racks in his closet, and everyone lost their minds. So, as always, black people gotta do even more than we already do. That's why the Johnsons always bring it.

The irony in this whole mess of a montage is glaring, as Dre (Anthony Anderson) tries to convince viewers that black people are victims who have a “narrow path” to the American Dream while a bunch of successful black athletes, musicians, poets, and politicians, among others, flash across the screen. Last time I checked, when it comes to spelling bees, boxing, gymnastics, and any other sport or competition, one needs to be the best no matter what their color is. That’s the whole point of winning.

And do the writers of the show really believe black people are the only ones who have haters? Can they explain to us, then, why Tim Tebow, a white former NFL player, got so much hate for his outward expression of his Christian faith while no one bats an eye at Stephen Curry, a black NBA player, when he does the same? Angelina Jolie has done incredible humanitarian work and is an accomplished actress, "but all they could talk about" is her divorce from Brad Pitt or her leg awkwardly sticking out of her dress while posing on the red carpet.

See how easy the victimhood game is? Is any of this proof that the path to the American dream is narrow for white people? Or does it prove that anyone can convince themselves they’re a victim if they’re determined to believe it? (Hint: It’s the latter.)

This narrative that black people can’t succeed as easily as white people is very dangerous and horribly racist, as these two black fathers have so valiantly stated. And it’s one that liberal Hollywood and the main-stream media need to stop pushing on impressionable, young black people. The path to the American Dream is as wide open as anyone wants it to be, and success is dependent on hard work and determination, not race.

Maybe if liberals in Hollywood, like Anderson, would remove their victim-colored glasses and stop race-baiting, they’d be able to see the whole path. Anderson can stay a victim in his mind if he chooses, but this show really needs to stop sending out such divisive, racist, and self-limiting propaganda.

Conservatives Fight Back! This episode was sponsored by GEICO, Ford Motor Company, and Toyota. Click each advertiser for their contact information so you can let them know how you feel about this episode.