VH1’s ‘Daytime Divas’ on Young Transgender Boy: 'It's God's Will' 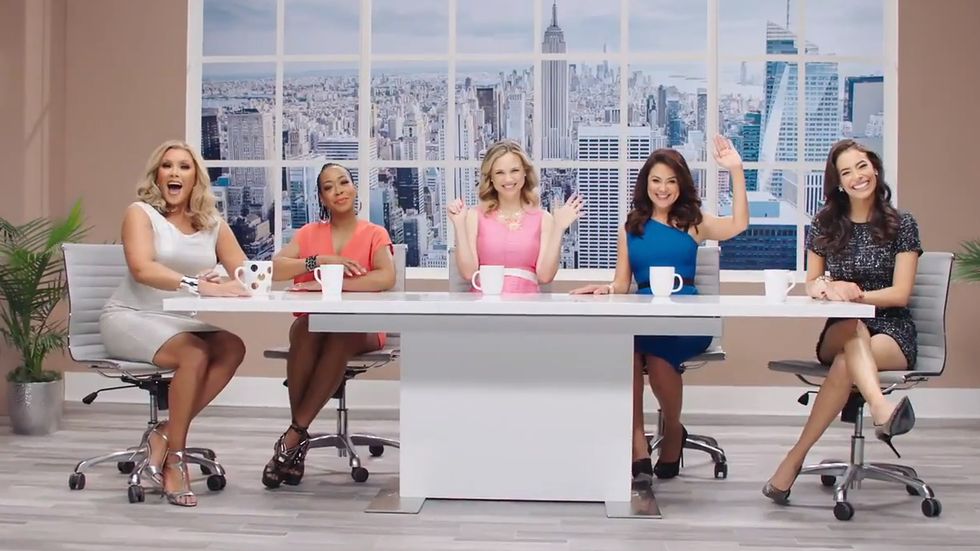 VH1 premiered its new scripted series Daytime Divas on Monday, June 6, with lots of drama, catfighting, and controversy. The show is based on the book Satan’s Sisters by Star Jones, former co-host of The View, and follows the lives of female daytime talk TV hosts of The Lunch Hour and their behind-the-scenes interactions.

According to USA Today, Jones has said that the stories in her book are actually true events.

The series stars Maxine (Vanessa Williams), Mo (Tichina Arnold), Heather (Fiona Gubelmann), Kibby (Chloe Bridges), and Nina (Camille Guaty). Maxine’s character appears to be drawn from Barbara Walters from The View, while the others are an "amalgamation of different hosts" from The View, The Talk and The Real, according to Williams.

During a taping of one of their shows, Mo says to Heather, “Even Jesus would tap that,” trying to compliment her figure but offending her faith. Heather didn’t seem bothered, though, and we soon learn that Heather’s take on Christianity isn’t a typical one.

At first, she’s painted as a hateful Christian, in this exchange with co-host Kibby, over whether or not to continue with the show while main host Maxine is in the hospital:

Kibby: Do you think it's very Christian to wanna do Monday's show?

Heather: Do not tell me what is Christian, you little lesbian.

But as Heather later sits at home with her children, we find out her young son wears a dress and thinks he's a girl and, compared to her earlier comment to Kibby, she suddenly seems to reverse her position on LGBT issues. So she’s hateful and a hypocrite? Got it:

Heather: Carry the two, I think.

Heather: Oh, thank you, baby. Uh, Savannah, can you help Brad with this?

Heather: Uh, but just at home, remember? And not in front of daddy. Thank you. I have to get to the city, Evelyn. Get Brad Jr. Into some boy clothes before his father gets home.

Evelyn: I will try, but Junior's very stubborn, you know.

Later, her version of Christianity seems a bit skewed as well as the family poses outside an event for the "National Family Values Coalition" as the Family of the Year:

Heather: Can you try to act happy? I got Junior into a shirt and a tie.

Heather: Well, then you should be proud that your child can compromise.

Brad Sr: Giving in to him, turning him into a girl.

Heather: She said she's a girl since the day she understood the word. It's God's will and God doesn't make mistakes.

Reporter: Heather, any updates on Maxine? Her condition is grave. I ask that everyone, please, pray for her recovery. You've gotta start accepting her as Ella. You know, we can't keep it a secret forever.

Ahh, yes, an extremely hypocritical, nonsensical Christian. Those are the best (or only) kind in Hollywood. Someone who is probably not really Christian at all, but wears her faith like a glamorous new dress to a gala to make herself look better.

She’s not very good at being conservative either, ending the show by looking like a bumbling idiot trying to blame Maxine’s coma on Obama and Hillary. Kind of how The View tried to paint Elizabeth Hasselbeck in fact, so yes, it’s quite obvious who Heather’s character is supposed to represent.

I doubt, however, that the real version ever yelled at lesbians and secretly hid a transgender child from the world while proclaiming, “God doesn’t make mistakes.” But that’s what Hollywood does best: Push their agenda while slandering the character of a good person. Only if that person is a conservative Christian, of course.