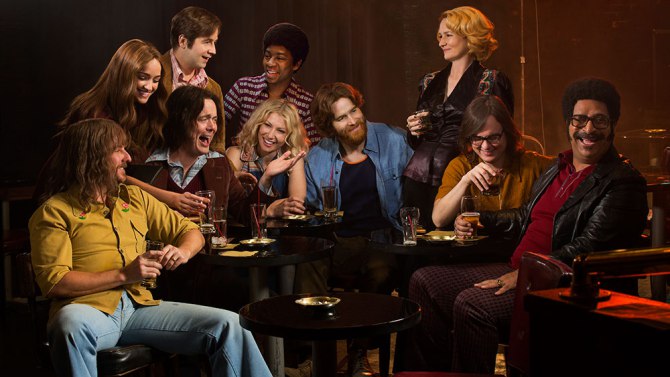 Showtime’s new comedy I’m Dying Up Here premiered on Sunday, June 4. The show, produced by Jim Carrey, centers around a group of up and coming comics trying to become successful in the 1970s. Right off the bat, the show dove into the controversial topic of abortion, with the comic applauding the legalization of abortion. He encourages all the men to cheer, saying, "That's a big win for us, too."

But nothing compared to the shocking, vile attack on the Catholic Church that came mid-show. We meet Adam, an African-American who works at a Catholic Church, though he doesn’t believe in God. When the priest asks if he’s religious, he replies, “No. I figured I’d find Jesus after I’m pulled over by some white cops in Bel Air.” Ah, the obligatory shot at racist cops.

Adam tells the priest that he needs a raise or more responsibility because he needs more money. The priest then tells him he has a job for him that pays well. But it “pays a lot because it costs a lot.”

Adam: Well, uh... Guess I should just... Uh, all right. Everybody stand back. Okay, well, you gotta take that down. I'm fuckin' serious.

Adam: "Language?” Really? So, anybody here from-- from out of town?

Yeah. It was that bad. At least non-believer Adam had the decency to put the crucifix away, though if he doesn’t believe in Jesus, that move doesn’t make a lot of sense.

The church has had its scandals, for sure, but to suggest this sort of sick collusion among priests is just vile and inexcusable. It's also pathetically predictable from the left-wing, anti-Christian Hollywood that loves to denigrate the church whenever it can.

Considering producer Jim Carrey was one of the few to defend Kathy Griffin’s mock beheading of Trump and advised her to “hold up a severed leg as well,” is it that surprising that he would sink this low? Carrey is also facing trial for possibly supplying the drugs used in his girlfriend Cathriona White’s suicide, so we’re obviously being dished entertainment from a producer with questionable morals to begin with.