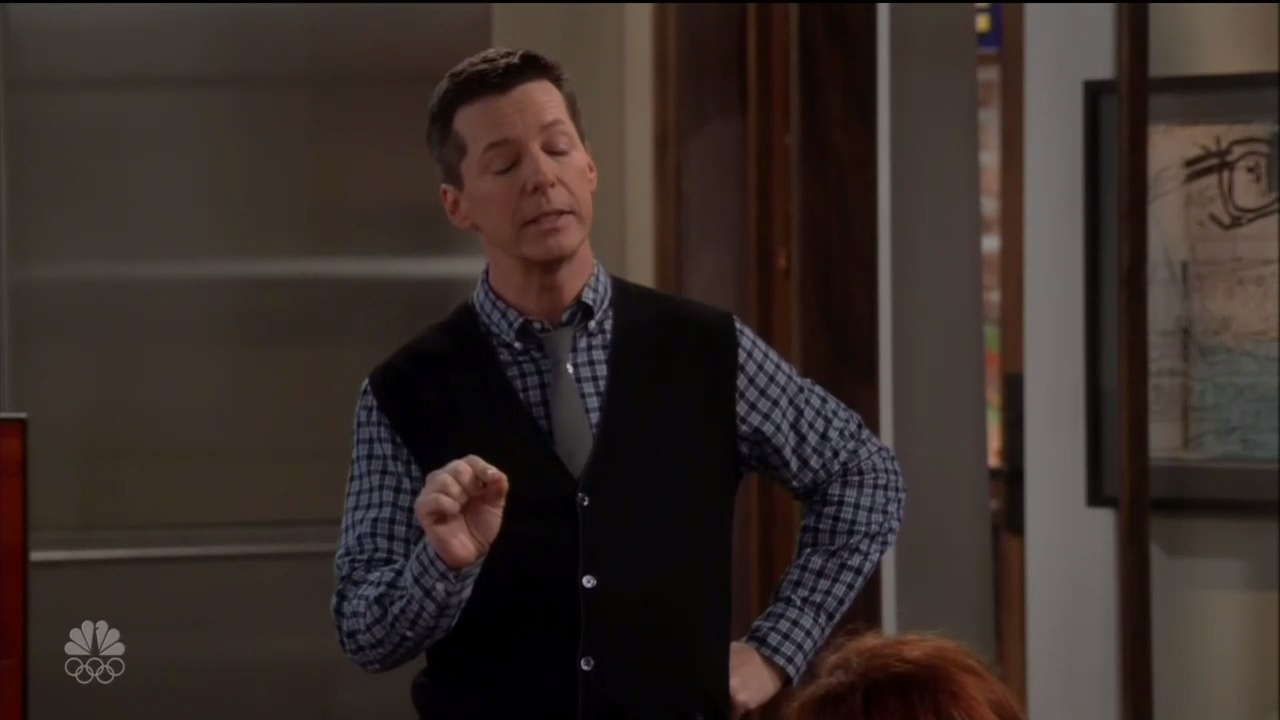 The January 18 episode of Will & Grace was as offensive as ever - they took a bizarre number of shots at the Bible out of nowhere as well as delivering some stale Russia "jokes."

Ever since Will & Grace returned to the airwaves last fall, the cast has been fully committed to making political statements rather than being funny. Star Eric McCormack, who plays Will, told Variety at the time, “We’re going to be as progressive and offensive as we can be. If we don’t offend somebody with every show, we’re probably getting a little safe.”

"The Wedding" starts with Grace (Debra Messing) and Will in their apartment when their friend and neighbor Jack (Sean Hayes) walks in to tell them about church that morning.

Jack: I'm just gonna say it. I had a terrific morning at church. I learned a lot. Did you know that back in the day, gay best friends were called apostles? And, Grace, you'll be interested to know Mary Magdalene is a derivative of the Latin word "Hag-dalene."

It doesn't end there. We get a "gay-men," a little bit later, and Grace calls Jack "Old Testacle" at the end of the scene. When crass puns are all the writers have to go with, things are pretty desperate. These jokes aren't that fresh, either. SMILF had some weird commentary on the sexual habits of the apostles and their version of "gaymen" was "a-woman."

Speaking of playing to the lowest common denominator, they went for "Russians hacked the election" jokes, too. Karen (Megan Mullaly) is on a secret scavenger hunt for the super wealthy and makes a phone call to one of the other competitors to talk trash. That other competitor? Ivanka Trump.

Karen: Hi, Jared, put your wife on the phone. Oh, hi, Vanky. Listen, I want just you to know that I'm gonna win that scavenger hunt this year. And I mean actually win it, without help from the Russians.

The left is desperate to make the Trump-Russia collusion conspiracy theories real. In 2017, the media spent 1,000 hours reporting on the possibility of it being true (and 20 seconds on the Hillary/Russia scandal). In November, MSNBC's Joy-Ann Reid falsely claimed that 17 US Intelligence agencies believed Russia meddled in our elections and, as of December, Vox was still sadly waiting for evidence. Just days ago, The X-Files made reference to it as well. It's as though they think, if they repeat something often enough, people will believe it to be true.

Then again, it worked with another Russian statement designed to make Republicans look bad. How many people still think Sarah Palin said she could see Russia from her house?