Show business is just that: a business. When a business tries to offend and isolate customers, there is a fairly decent chance that it will go out of business.

In an interview with Variety, the cast of Will and Grace, as well as the creators, took on Trump and identity politics, and promised a vast score of political jokes to come in the popular sitcom’s reboot. Actor Eric McCormack stated, “We’re going to be as progressive and offensive as we can be. If we don’t offend somebody with every show, we’re probably getting a little safe.” 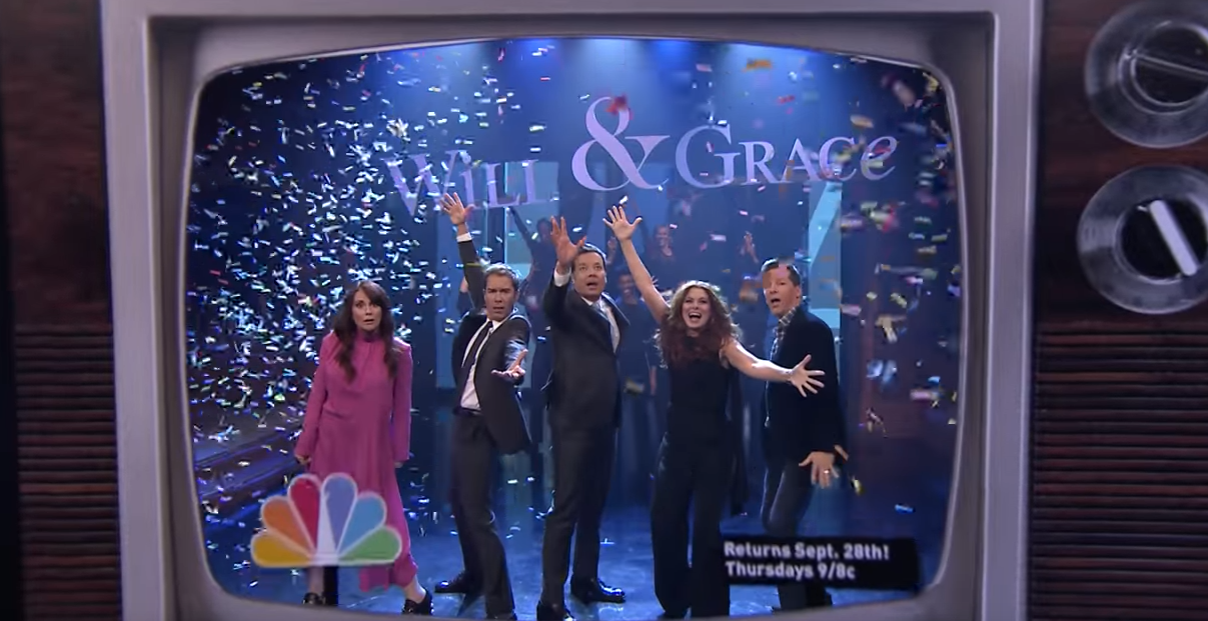 Debra Messing, the show’s main actress, said that “political commentary is built in the DNA of Will and Grace.” She went on to say that the show is even more political than it used to be, because the “conversation has expanded. There’s T, A, I, and gender fluidity and there’s all these things that are finally being celebrated in our culture. The thing we all committed to one another was that we were going to be the show we always were. We’re going to talk about what’s happening now.”

What is happening now? Well, frankly, Trump. The revival has plenty of “anti-Trump jabs.” Creator David Kohan isn’t afraid of being termed a “SOB” by Trump on twitter. As he told Variety, “I would rather be the son of a b---- than the son of someone who was arrested at a KKK rally.”

The show has in the past always been praised by liberals. Vice President Joe Biden mentioned that Will and Grace was responsible for normalizing gay culture in the 1990’s and in the past decade.

The New York Times isn’t so certain that the reboot of the show will do any good, however, for identity politics in America. Brooke Barnes wrote on September 14, “the question is not whether Will & Grace is too inclusive — too ahead of the culture — but whether it is inclusive enough. At a time when Hollywood is under intense pressure to avoid stereotypes and to promote diversity from every possible angle, Will & Grace — once seen as the epitome of diversity on television — could actually find itself assailed for being behind the curve.”

Why is it so behind the times? Well, it’s about four white people. And in this age of racial rhetoric, that’s just terrible for the liberal agenda.

But fear not, liberals. Apparently,  “At a time of political upheaval and civil unrest, liberal network programmers are betting that — like themselves — the masses are wistful for the Bill Clinton 1990s.”

I feel like the recent election indicated just how nostalgic the masses were for the Clinton era.