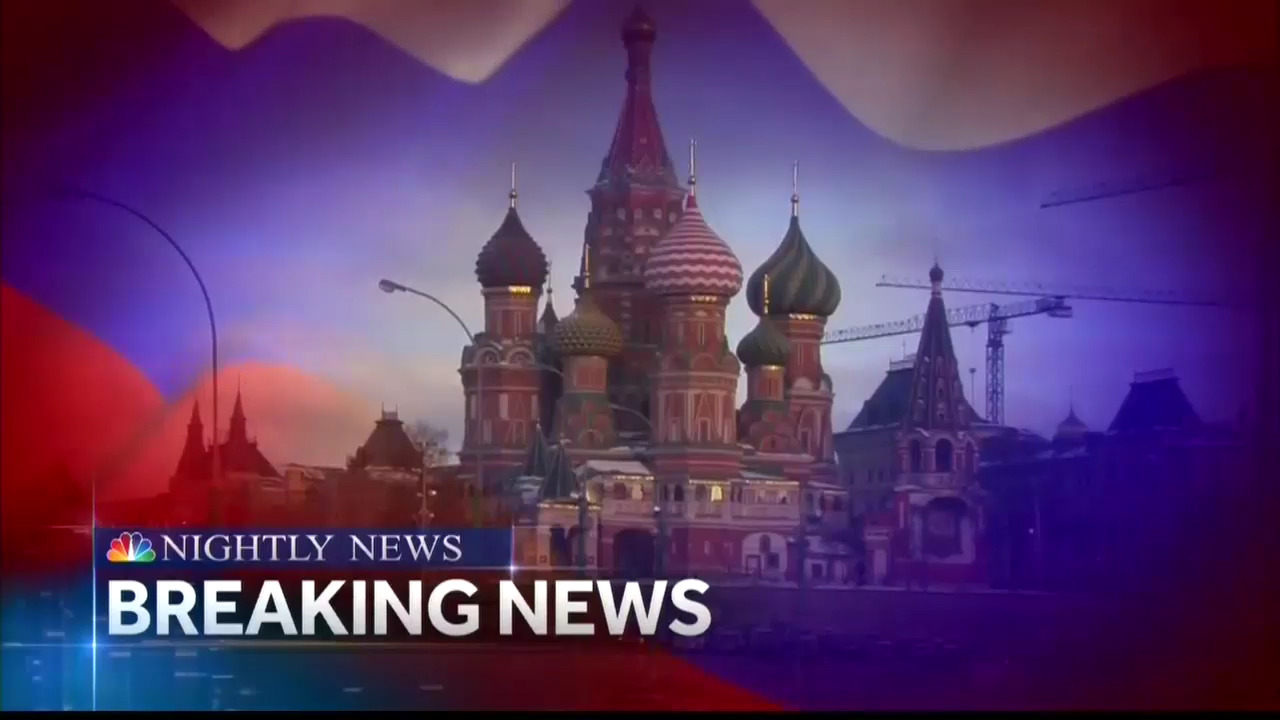 MRC analysts have been tracking all evening news coverage of the Trump administration since Inauguration Day. From Inauguration Day, January 20, through last Friday, October 20, these broadcasts have aired an astonishing 1,000 minutes of coverage discussing Russia’s attempt to boost Trump in 2016, and speculation that Trump’s campaign may have colluded with the Russians in this project.

Last week, The Hill published new information about Russian efforts to infiltrate the American uranium industry, including $31.3 million in payments to the Clinton Foundation, as well as a huge speaking fee delivered to Bill Clinton personally, while Hillary Clinton was Secretary of State. In eight days, the network evening news coverage of this story amount to a mere 20 seconds on ABC’s World News Tonight.

According to an October 22 story by The Hill’s John Solomon and Alison Spann, FBI agents “were surprised by the timing and size of a $500,000 check that a Kremlin-linked bank provided Bill Clinton with for a single speech in the summer of 2010. The payday came just weeks after Hillary Clinton helped arrange for American executives to travel to Moscow to support Putin’s efforts to build his own country’s version of Silicon Valley, agents said.”

According to the same article: “‘There is not one shred of doubt from the evidence that we had that the Russians had set their sights on Hillary Clinton’s circle, because she was the quarterback of the Obama-Russian reset strategy and the assumed successor to Obama as president,’ said a source familiar with the FBI’s evidence at the time, speaking only on condition of anonymity, because he was not authorized to speak to the news media.”

Imagine $500,000 in Russian money being paid for a speech delivered by Donald Trump or a member of his family. But Bill Clinton’s big payday has generated ZERO network news coverage this week, and only a single reference on ABC’s This Week back in 2015, when the book Clinton Cash first disclosed the potential scandal.

In fact, from April 2015 through last night, the Clinton/Uranium/Russia story has been granted only 3 minutes, 21 seconds of evening news coverage — less than one-half of one percent of the coverage doled out just this year to the conspiracy theories surrounding Trump and Russia. 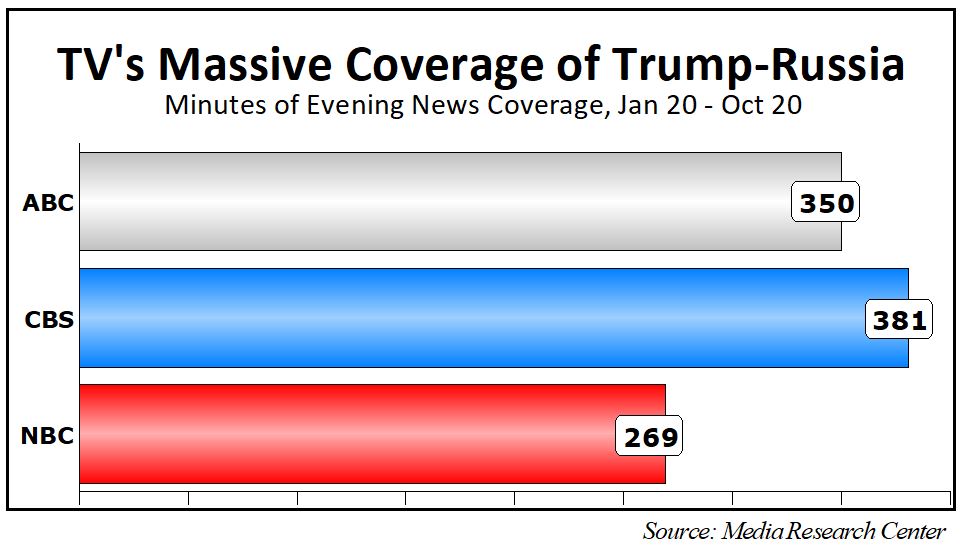 ABC’s World News Tonight and the CBS Evening News have been the most intensive, churning out 350 minutes and 381 minutes of evening news coverage of the Trump/Russia story, respectively, while the NBC Nightly News aired a relatively restrained 269 minutes of coverage since January 20. (Note: These statistics include weekend broadcasts, when aired in the Washington D.C. area.)

Combined, the three evening newscasts have aired a total of 5,015 minutes of coverage of the Trump administration since Inauguration Day, which means the Russia story alone has comprised almost exactly one-fifth of all Trump news this year.

There’s no conclusive proof that the Clintons traded favors in exchange for all of the cash going their way, but there’s no proof that Trump and his campaign team did anything wrong vis a vis Russia, either — yet the media have made it their business to keep the cloud of suspicion over Trump and his presidency.

Now that they have a chance to be equally zealous in applying the same standard to a Democrat, it’s obvious that much of the media’s interest in the Trump/Russia story has less to do with Russia’s attempts to infiltrate our government and politics, and more to with a partisan news agenda.