Vox Wonders if Trump-Russia Collusion Evidence Will Ever Appear

Oh Great Pumpkin! Where were you in 2017? You were supposed to bring us evidence of Trump-Russia collusion but you never showed up. Oh well, perhaps we will see you in 2018. Please! Pretty please, Great Pumpkin! 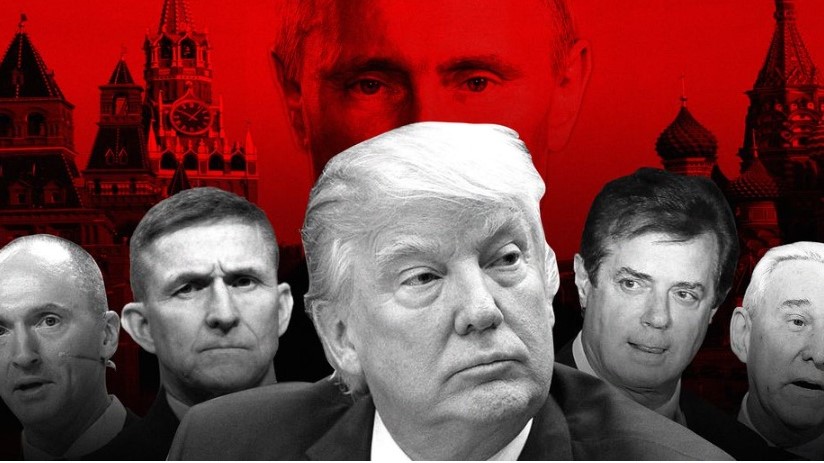 Andrew Prokop of Vox wrote a rather dispirited December 28 article about how no evidence of Trump-Russia collusion has yet appeared despite the mainstream media early this year loudly hyping the reality of such collusion. In fact, it seemed that finding evidence of such collusion was a mere formality since the MSM guaranteed it happened. The only problem is, despite nearly eight months of intense investigations by Special Counsel Robert Mueller and his team, no such evidence has been uncovered. The result is a rather disheartened and sad article by Prokop in What we learned about Trump, Russia, and collusion in 2017.

We learned there was an enormous effort among the leadership of the FBI to tip the scales in Hillary Clinton's favor in the 2016 election. Meanwhile let us join poor Andrew as he engages in sad meandering speculations as to why no collusion evidence has yet been found.

...as 2017 winds down, there is still no clear answer to the central question at the heart of the probe: Did Trump’s team collude with the Russian government during the 2016 campaign?

And yet the MSM couldn't stop hyping the certainty of such collusion earlier this year. It was a slam-dunk that never materialized.

I'm sure the Russians had dirt on Hillary Clinton in the form of evidence that her campaign paid for the laughably inaccurate Steele Dossier which was most likely used by the FBI as evidence to obtain a FISA warrant to spy on the Trump campaign.

But we still don’t yet know whether these actually led to anything — actual coordination, say, or a secret deal of some kind between Trump’s team and the Russians.

That question remains a mystery — one that special counsel Robert Mueller’s team is now working to answer, one way or the other.

It is a riddle wrapped in a mystery inside an enigma delivered as a punchline.

The Russian effort entailed the hacking and leaks of prominent Democrats’ emails, as well as spreading pro-Trump, and anti-Clinton, messages and fake news articles on social media.

I got it! Just have the FBI do a forensic investigation of the DNC server...if the Democrats ever allow it.

The catchall term that has ended up being used to describe this is “collusion,” which is rather broad and vague. It also, notably, isn’t a criminal term — some forms of so-called collusion could well be legal.

So why even bother looking for evidence of perfectly legal collusion?

...there are the darker possibilities of the sort alleged in the salacious and mostly uncorroborated Steele Dossier. These include secret exchanges of money or valuable information...

Like the secret exchange of millions of dollars that the Clinton campaign paid for that Steele Dossier? That uncorroborated Steele Dossier served as evidence to obtain the FISA warrant to spy on the Trump campaign for valuable information.

For a while, there was very little hard evidence to support the idea that the Trump campaign could have secretly worked with the Russian government to try to swing the presidential race.

And after a long time, there was still no hard evidence to support the idea that the Trump campaign could have secretly worked with the Russian government to try to swing the presidential race.

But back in March, then-FBI Director James Comey confirmed in congressional testimony that the bureau was indeed investigating “the nature of any links between individuals associated with the Trump campaign and the Russian government and whether there was any coordination between the campaign and Russia’s efforts.”

That sure sounds like an allusion to spying on the Trump campaign via the FISA warrant in which the discredited Steele Dossier, paid by the Hillary campaign, was used as evidence.

In other words, there’s whole a lot of smoke. And Special Counsel Robert Mueller is looking to see whether there’s fire.

Ah that elusive fire. Where could it possibly be?

Still, from what we know so far, it is still at least possible to construe the Trump team’s various contacts with Russia as shady-looking but limited and inconclusive — because it isn’t clear what they actually led to.

Somewhere in the deep recesses of Prokop's mind, a very dim light bulb begins to shine.

Indeed, if this is in fact the sum total of what happened regarding collusion — one meeting, one tip, and a few DMs, none of which have been shown as consequential — it’s something that would look sleazy but ineffective, and not all that much like a consequential plot to swing the election.

In other words... A nothing burger.

...like many scandal investigations of the past, the Mueller probe will in the end be more concerned with other, easier-to-prove crimes, like perjury, making false statements, or obstruction of justice.

Like a Patrick Fitzgerald type process crime. BTW, do you remember how dozens of liberal legal experts 20 years ago declared that perjury is not an impeachable crime when it was Bill Clinton facing that charge?

We don’t yet know where all this will lead. Perhaps 2018 will provide some sort of answer on the collusion question. This could happen either through new information coming to light, or perhaps even through Mueller’s team stating that they haven’t found enough evidence on the matter to justify charges.

Perhaps the Great Pumpkin bearing collusion evidence will arrive in 2018.

Or perhaps we’ll never get a clear answer. And if we don’t, the cloud Trump spoke of will never be entirely dispelled.

Although it is still a few days away from New Years Eve, perhaps you should start washing down a bottle of spirits now, Andrew. It sure sounds like you need it to break your gloomy mood.

Was this article helpful?

Not really but it sure was hilarious.