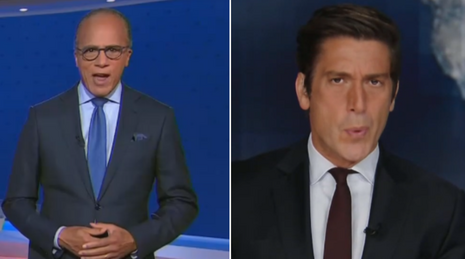 The ABC and NBC evening newscasts tried to sweep major warnings that Americans will face skyrocketing energy prices this winter under the rug for two straight days of coverage.

The U.S. Energy Information Administration (EIA) released a devastating report Oct. 13 showing that “households across the United States will spend more on energy this winter compared with the past several winters.” The reason is because of “higher energy prices and because we assume a slightly colder winter than last year in much of the United States,” noted the EIA.

Like the delinquent pro-President Joe Biden propaganda arms they are, ABC World News Tonight and NBC Nightly News ignored the bad energy cost news during their Oct. 13 and Oct. 14 broadcasts.

CBS Evening News, surprisingly, at least covered the spiking prices in home heating on Oct. 12, even though it didn’t cover the EIA report released a day later. CBS has also garnered a reputation for shielding Joe Biden from terrible economic news this year.

But the massive energy price spike isn’t the only major news that ABC World News Tonight and NBC Nightly News ignored. In the face of Biden nuking the Keystone XL pipeline, which cost thousands of U.S. jobs, the networks ignored the administration approving construction of Russia’s Nord Stream 2 Pipeline across two days of coverage in July. The approval came after White House Press Secretary Jen Psaki claimed in May that “we’re hardly letting any country or other countries build Nord Stream 2.”

Conservatives are under attack. Contact ABC News (818-460-7477) and NBC News (212- 664-6192) and hold them to account for ignoring coverage of the government’s projection of massive energy price spikes this winter.