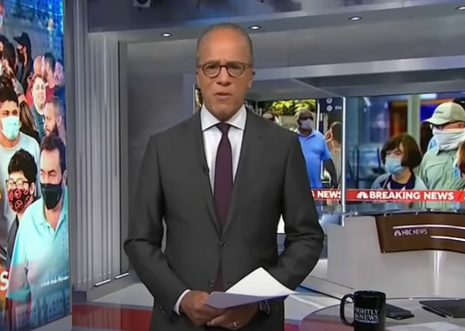 Issues & Insights released a report on the misery index, a measure started under President Lyndon Johnson that combines the unemployment rate and the inflation rate. The idea is that “joblessness and a fast-rising cost of living produces palpable misery in the country.”

The measure spiked at “the start of the COVID-19 lockdowns, jumping from 5.94 to over 15 in one month with the surge in unemployment,” Issues & Insights said. However, “it quickly dissipated, as the economy under [former President Donald] Trump rebounded faster than the so-called experts had predicted.” By the end of Trump’s term, “the misery index was back down to 7.7.”

But a “funny thing has happened since,” according to Issues & Insights. The misery index “climbed each and every month that Joe Biden has been president.” The misery index hit 11.3 in June, “higher than it has been (pre-pandemic) since the Great Recession. It’s also higher than the post-World War II average of 9.2,” according to Issues & Insights.

A Nexis search conducted by MRC Business found that the rising misery index received no coverage from ABC, CBS and NBC from Feb. 1 to July 16. There’s perhaps a nefarious political reason for the networks tossing the index under the proverbial rug. Under Trump, the average for the index between January 2017 and December 2020 was 6.9, “the third-lowest of any postwar president,” Issues & Insights said. On the other hand, under just a few months of Biden’s administration, the average for the index is 9.05, 2.15 points higher than Trump’s average for his entire term. [Emphasis added.]

Issues & Insights broke down the misery index spike under Biden: “In February, it ticked up to 7.9, then rose to 8.6 in March.” It continued: “Last month, the misery index hit 11.3, as the monthly inflation rate climbed to 5.4% while the unemployment rate edged up to 5.9%.” The outlet put the blame for the spikes on Biden’s irresponsible stimulus package and the “hugely misguided unemployment bonus,” which made being unemployed seem “more lucrative than collecting a paycheck.” It also stated that Americans “might not be feeling the pinch of the misery index because [taxpayer-funded] checks from the government are acting as a temporary salve.” This suggests Americans will feel the sting once the government spigot is finally shut off.

The IBD/TIPP economic optimism index also dropped “2.1 points to 54.3 in July, the lowest since February,” to make things worse. Meanwhile, the poll’s measure of financial stress climbed. “The poll also found the public’s support for Biden’s handling of the economy took a hit,” Issues & Insights concluded.