Fox Business host Charles Payne has had enough. He’s fed up with the anti-Trump media and their one-sided coverage of the stock market and economy. 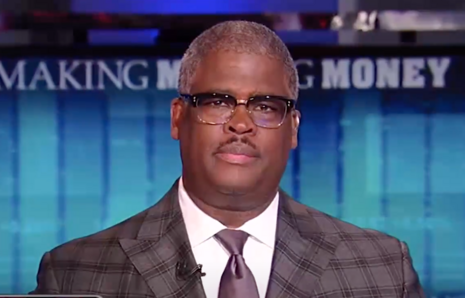 The Making Money with Charles Payne host hammered the liberal media negativity in an exclusive interview. Payne concluded that the media spends “big rally days openly wondering (dare I say hoping) when the market will get it right (crash).” He even nuked New York Times economist Paul Krugman on his ongoing doom-and-gloom narrative: “The Krugmans of the world always bet on America staying down.”

Payne’s message to the media? “Park as much of your political animosity at the door.”

The Fox Business host first expounded on his criticism of the traditional press’s coverage of the recovery. Good news in the economy during the pandemic has been either drastically negative or dropped completely. Specifically, Payne was asked, “Why do you think this is? Has coverage been balanced or biased in your opinion?”

Payne: It pains me to say that opinion and opposition to the White House has transformed financial media.  Any positive news is spun with the narrative of it being an anomaly while any disappointing news is ‘just the beginning,’ of awful things to come. I saw it early in the Trump administration when the stock market was making substantial gains and it was coined ‘The Trump Bump,’ mitigating the size of the rally and insinuating it would be short lived.

More recently this animosity has fueled a disdain for individual investors that insults their intelligence and promises ‘it will not end well,’ as if every new investor is going to be holding stocks, not having banked any gains when the next correction or crash happens. By the way, when those things happen it's not the end – it’s the beginning of new and often amazing opportunities.

What the financial media has done, according to Payne, is cause “lots of people to miss the rally. I think there is a fiduciary-like responsibility unique in financial media than any other segments of news/media.”

He then addressed what the media and leftist economists like Paul Krugman have gotten wrong about how the market and the economy have performed under Trump during the pandemic.

Payne: I think they start with a conclusion and try to wrap rationale around it to fortify.  The most important thing missed is the will of the American people. The muscle memory of what made us the greatest nation in the world is hardwired into our DNA. Occasionally it has to be jolted from a slumber or pulled out of mental foxholes which happens when taxes are lower and there are fewer regulations designed to slow progress and enrich the government. The Krugmans of the world always bet on America staying down, [emphasis added].

Payne demanded that the financial media “[p]lease pause. Park as much of your political animosity at the door to focus on facts, history and retime trends rather than guessing about the next bad thing.” [Emphasis added.]

Payne expressed his frustration with how the media conducts its interviews with CEOs:

I grew so tired of interview after interview forcing CEOs to say the trade war was bad after saying it was a non-issue. Stop browbeating these guests into different answers because it does the public a disfavor.”

He continued: “People are watching to be informed about what risk to take with their own hard-earned money.”

Of course, the MRC interview wouldn’t be complete without getting Payne’s thoughts on who exactly does the worst job providing coverage on the economy. Payne didn’t pull punches, and took aim at Bloomberg News.

Payne: Bloomberg spends so much time cheerleading how great the rest of the world is, especially China than America. It's hard to stomach. I watch in small batches. Their factual stuff is great but once they interpret those facts it's time to change the channel.

Given the recent report that Bloomberg News shut down its own investigation into Chinese Communist Party elites, fired the reporter on that beat and then targeted that reporter’s wife to keep her mouth shut, Bloomberg News’s pro-China stance seems to be par for the course.

There are a lot of individuals on various networks and websites that used to cheer the ability of the market to be the best harbinger of developments down the road.  Now they spend big rally days openly wondering (dare I say hoping) when the market will get it right (crash),” [emphasis added].

The original headline put a positive view on the data that Bloomberg News presented in its article. But with the negative headline change, the outlet undercut that entire perspective.

The media could learn quite a thing or two from Payne’s critiques. If they have any sense left, they’ll do well to heed them. 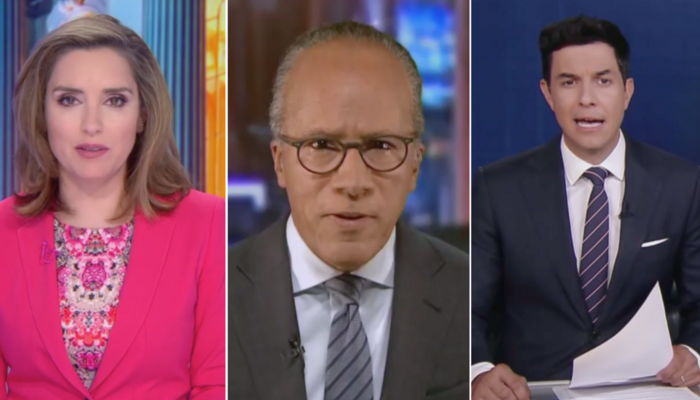 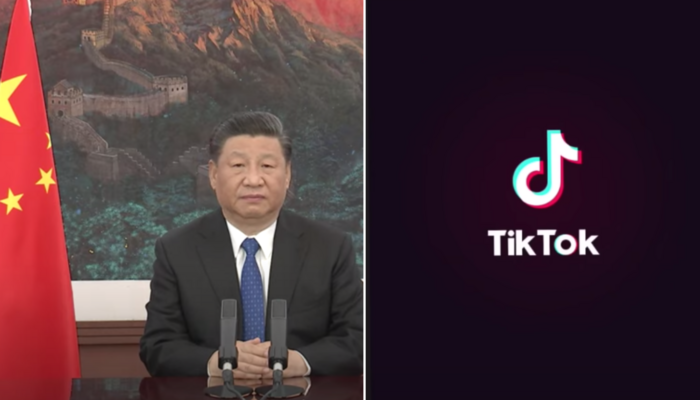 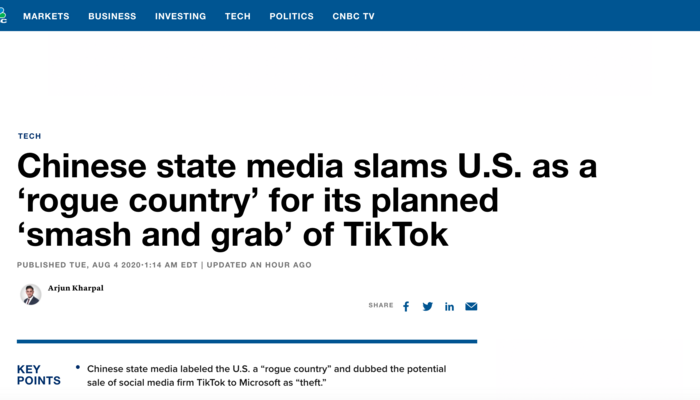 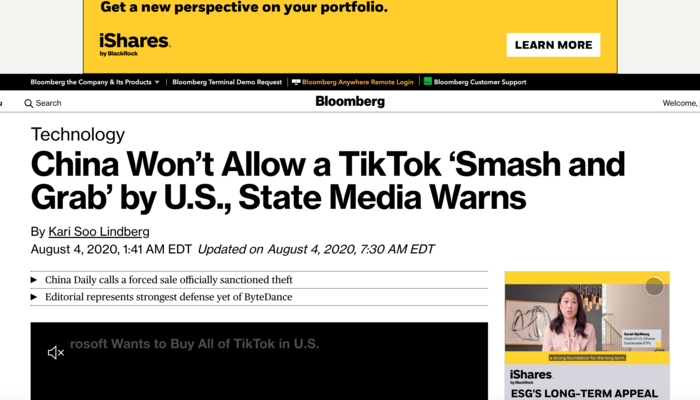 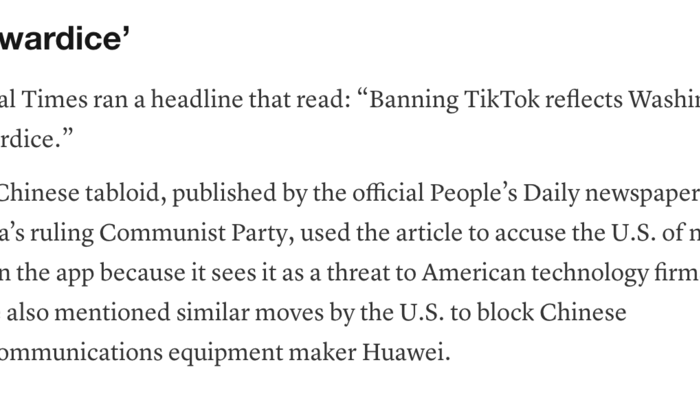 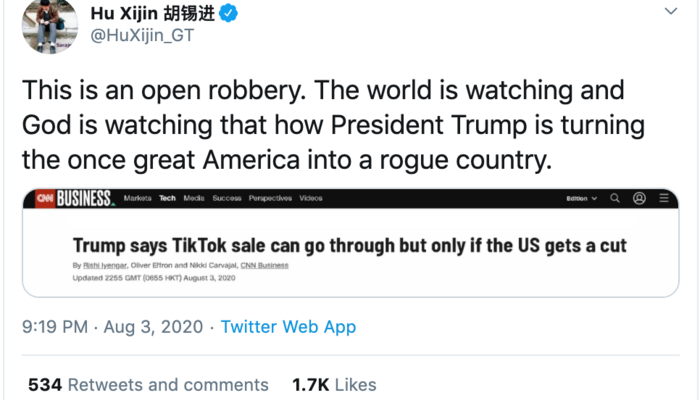 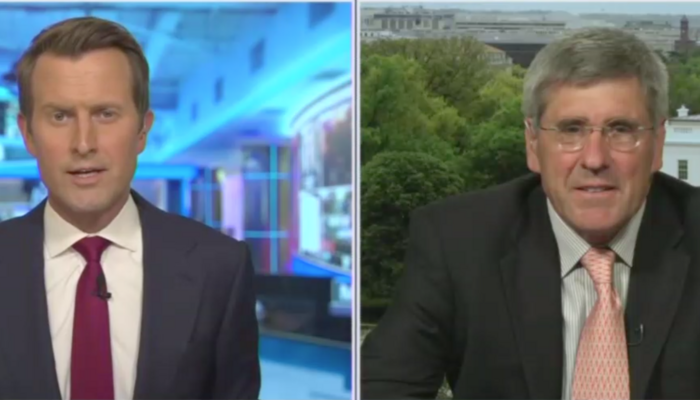 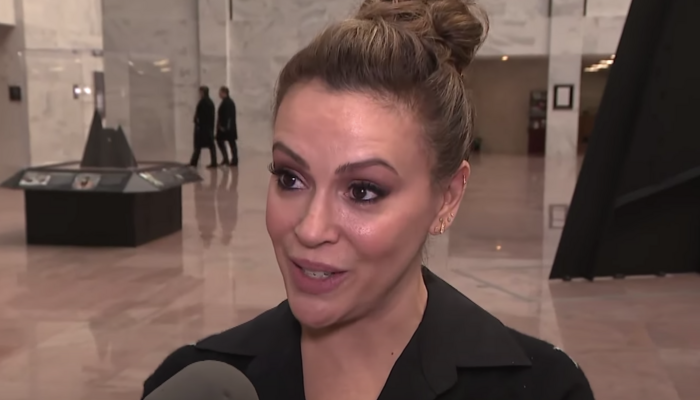