President Donald Trump’s economy proved it’s not going down without a fight. An excellent new jobs report has Keynesian New York Times economist Paul Krugman babbling about a Trump conspiracy on Twitter to make sense of it. 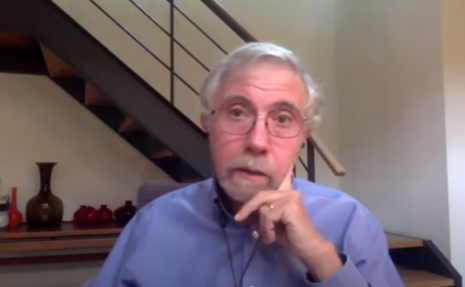 CNBC reported that “Employment stunningly rose by 2.5 million in May and the jobless rate declined to 13.3%,” based on Friday’s Bureau of Labor Statistics’s (BLS) report. The report “was far better than economists had been expecting and indicated that an economic turnaround could be close at hand.” Krugman didn’t appear to know what to do with these numbers, except try to speculate the “possibility” that the Trump administration has “gotten to the BLS” to fudge the numbers.

Economists surveyed by Dow Jones “had been expecting payrolls to drop by 8.333 million and the unemployment rate to rise to 19.5% from April’s 14.7%,” CNBC reported. “May’s numbers showed the U.S. may well be on the road to recovery after its fastest plunge in history.”

Krugman first tried to throw cold water on the news in a tweet:

He went down the cesspool using an appeal to his experience to justify his weird pessimism: 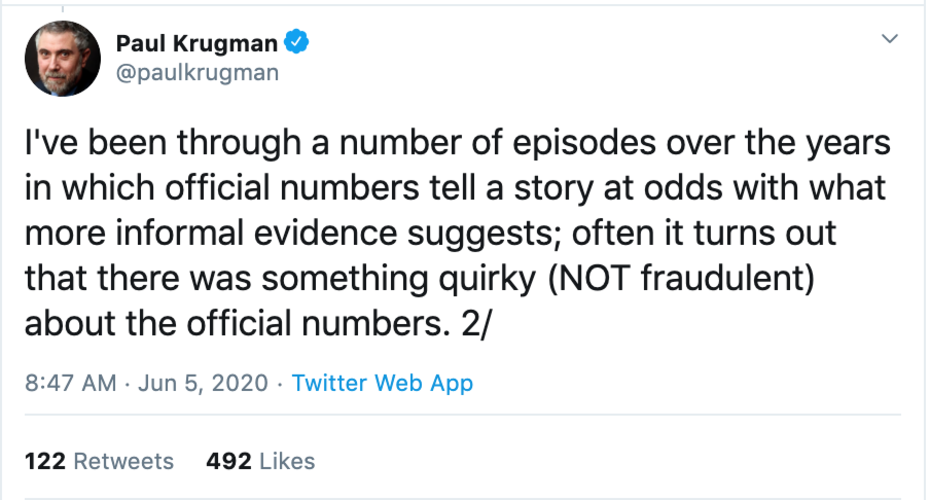 Then came the kicker: Krugman floated a conspiracy theory, suggesting that the Trump administration could have coerced the BLS to produce fraudulent data: 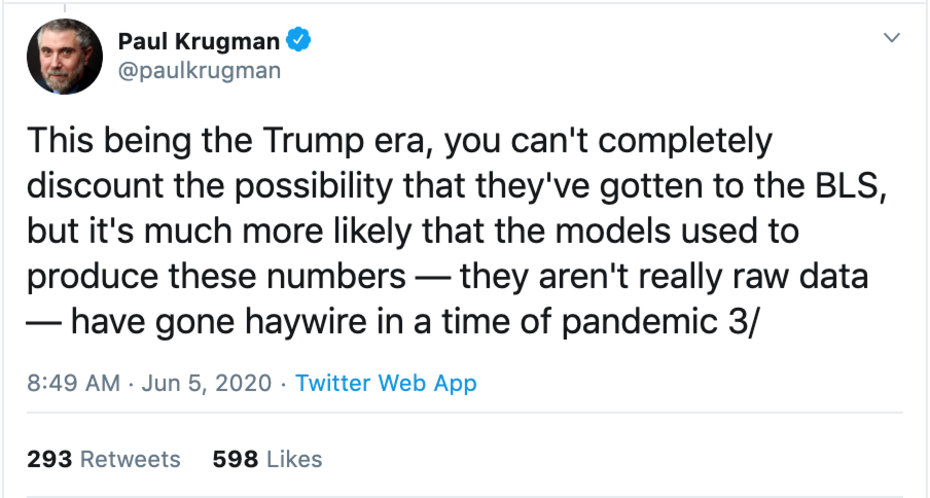 Even the Chairman of the Council of Economic Advisers under former President Barack Obama Jason Furman took issue with Krugman’s conspiracy theory. Furman said in a retweet to Krugman: “You can 100% discount the possibility that Trump got to the BLS. Not 98% discount, not 99.9% discount, but 100% discount.”

Krugman then proposed that the great jobs numbers should cause Americans to be pessimistic:

Krugman then went after economist Stephen Moore for not being keen on another massive government spending package: 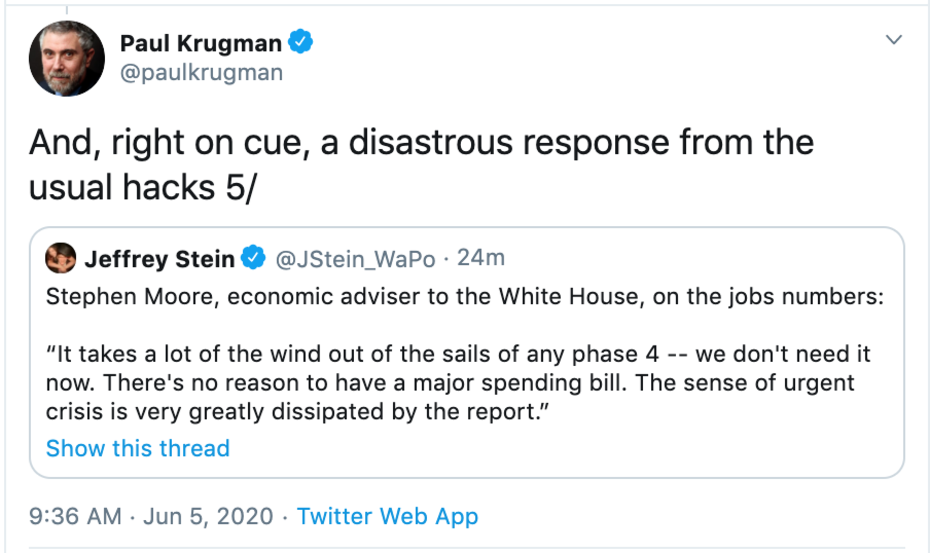 To use Krugman’s own words in assessing his Twitter rant: “And, right on cue, a disastrous response from the usual hacks.”

It’s worthy to note that this is the same economist who had predicted — despite later recanting — that the markets would “never” recover after Trump’s election in 2016.