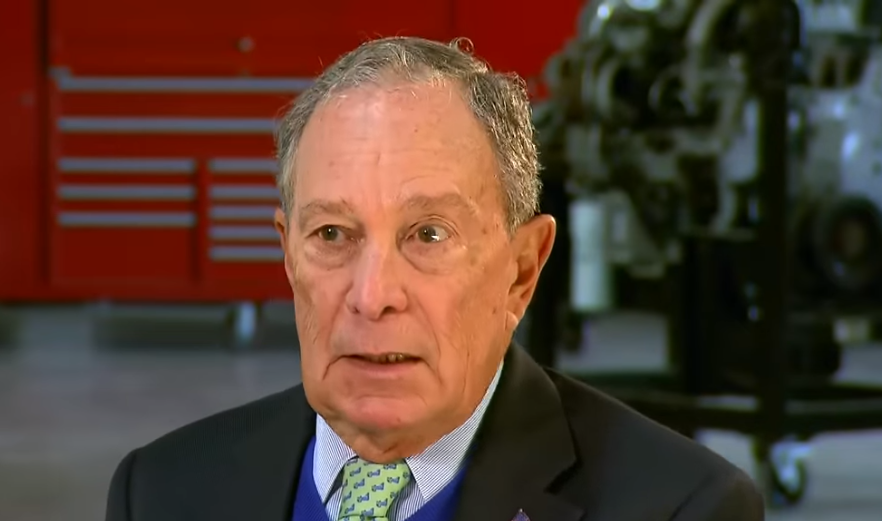 No wonder liberal billionaire 2020 candidate Michael Bloomberg does not want his own news outlet investigating him. They might have to do journalism and risk exposing where his money has been going all these years.

The liberal New York Times chose to do some actual journalism by digging up records on Bloomberg’s enormous spending between 1977 and 2019 in a report Feb. 15. Bloomberg spent "at least" a whopping $10 billion split between charitable and political causes. Some of those causes included: abortion, climate change and gun control. As of now, the billionaire has poured an unheard of $401 million just into his own personal campaign in the first three months of his bid. All of it came from his own wallet. But do not expect to see this from Bloomberg News, considering its controversial policy to not investigate its owner.

Bloomberg “has probably spent more from his personal fortune on his presidential campaign than any politician in American history,” according to the Times analysis.

Of the roughly $2.55 billion disclosed that Bloomberg gave to charities, $278.2 million of it went to the environment and climate change issues. One recipient was the eco-extremist Sierra Club Foundation, which Bloomberg had partnered with previously in his multimillion end-all-coal “Beyond Carbon” efforts. And though he gave $1.4 billion to health and safety, $6 million went to EMILY's List -- an abortion activist group.

Bloomberg had also “underwritten the gun control movement with a total of $270 million since 2007.” [Emphasis added.] This included his own group Everytown for Gun Safety, which the Times referred to as one of Bloomberg’s “biggest beneficiaries.”

Bloomberg also dropped more than $100 million (a considerable increase from the $11 million in 2013) just in 2018 alone to help Democrats retake control of the House of Representatives, according to the Times.

The Times was sure to emphasize that the “vast majority” of Bloomberg’s spending “has gone to philanthropy, for causes that reflect his personal interests and passions.” [Emphasis added.]

However, the Times conceded that it’s examination “illustrates how deeply that philanthropy is entwined with Mr. Bloomberg’s political preoccupations.” One of his “interests,” apparently, happened to be the abortion giant Planned Parenthood.

The Times said that “in 2019, the year he declared his presidential candidacy, Mr. Bloomberg’s charitable giving soared to $3.3 billion — more than in the previous five years combined.” [Emphasis added.]

“His philanthropy actually comprises three separate streams of money. But only one of them, the Bloomberg Family Foundation, is publicly accounted for. The Times’s examination found billions of dollars in donations, under the Bloomberg Philanthropies umbrella, that had not been previously disclosed or itemized.” [Emphasis added].

Vice president of policy and litigation for the Soros-funded group Common Cause Paul S. Ryan told the Times about the enormous influence Bloomberg’s money wields:

“They [the Democratic Party] aren’t going to criticize him in his 2020 run because they don’t want to jeopardize receiving financial support from him in the future,” [emphasis added].