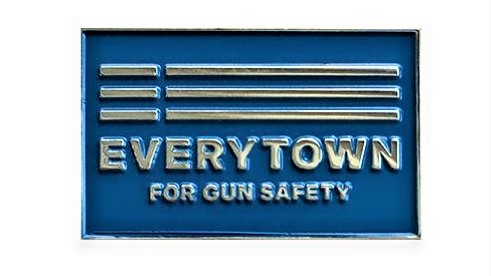 CNBC reported Aug. 15, that Everytown spent $935,000 on digital and TV ads to “call on Congress to require tougher background checks for gun sales along with strong red-flag laws, which are meant to take firearms away from those deemed a threat to themselves or others.”

By comparison, CNBC noted that The National Rifle Association has only spent $14,000 on advertising “since last week.” Everytown spent more than 66 times that on its ad blitz. Bloomberg’s group also outspent the NRA in the 2018 election cycle by roughly a 3-to-1 margin.

“The spate of shootings has given organizations calling for tighter gun laws new momentum, particularly as big-money backers such as Bloomberg look to counter the decades-long influence the NRA has exerted on Capitol Hill,” CNBC reported.

Everytown also strongly supported the Bipartisan Background Check Act of 2019, which passed the House in February 2019. OpenSecrets noted that his organization spent $400,000 in advertising and sponsorships to encourage constituents to demand their representatives support the bill.

Everytown for Gun Safety was an outgrowth of Bloomberg’s pledge to spend $50 million on the 2014 election cycle as part of his broader push for extensive gun control measures, according to The Washington Post.

In 2017-2018, OpenSecrets found that it spent $2,630,000 on lobbying efforts. The Everytown for Gun Safety super PAC also spent $30 million on state and federal races in 2018, according to OpenSecrets. By comparison, the NRA spent $9.4 million on races during that election cycle.