Mark Zandi, Moody's chief economist, comments monthly on the ADP private-sector employment report his firm compiles. He is "often quoted in national and global publications and interviewed by major news media outlets, and is a frequent guest on CNBC, NPR, Meet the Press, CNN, and various other national networks and news programs."

Zandi has also been the economy's head cheerleader during much of the era of the historically weak Obama "recovery." During the past few months, Zandi has openly questioned the validity of the government's estimates of economic growth, believing that they are materially understated. Though I have argued that the official unemployment rate is not credible, Zandi does not have a problem with Uncle Sam's usually decent jobs reports. In fact, they are his main form of "proof," despite badly lagging productivity, that the government is understating gross domestic product (GDP) growth. His persistence on this issue led me to do some research.

After all, it's the GDP numbers which make the Obama administration's policies look historically bad. Investor's Business Daily and others have noted that reported growth since the most recent recession is the weakest of any recovery since World War II.

Meanwhile, the employment growth numbers and the declining unemployment rate continue to be the Obama administration's monthly highlights (but to be clear, job growth has been nowhere near Reaganesque or late-1990s Clintoneque). On ADP's post-report conference calls during two of the past three months, Zandi has advised those on the call, in essence: "Don’t pay attention to GDP, (but) do pay attention to the jobs numbers because we can count jobs."

Hmm. Given the graphic below, it's absolutely fair to question whether Zandi's strident counsel is objective, or tainted:

Hillary Clinton has frequently defended the economy under her former boss, President Barack Obama, and has been frequently heard to say that Obama "doesn't get enough credit" for supposedly preventing a depression or for the supposedly improving economy.

At the same time, Mark Zandi, a Hillary Clinton contributor who has been posing as an independent and objective observer and analyst of the economic scene, tells the world that the decent jobs numbers are what matters, and that reportedly weak GDP growth doesn't.

Zandi's contributions history accessed at OpenSecrets.org indicates that he has donated over $20,000 to other campaigns during the past nine years, almost all of it to Democrats (the exception: a net of $2,300 to John McCain in 2007-2008). The majority of his reported contributions, including his second-most recent in March 2013, have gone to former Pennsylvania Congressman and 2010 and 2016 U.S. Senate candidate Joe Sestak. 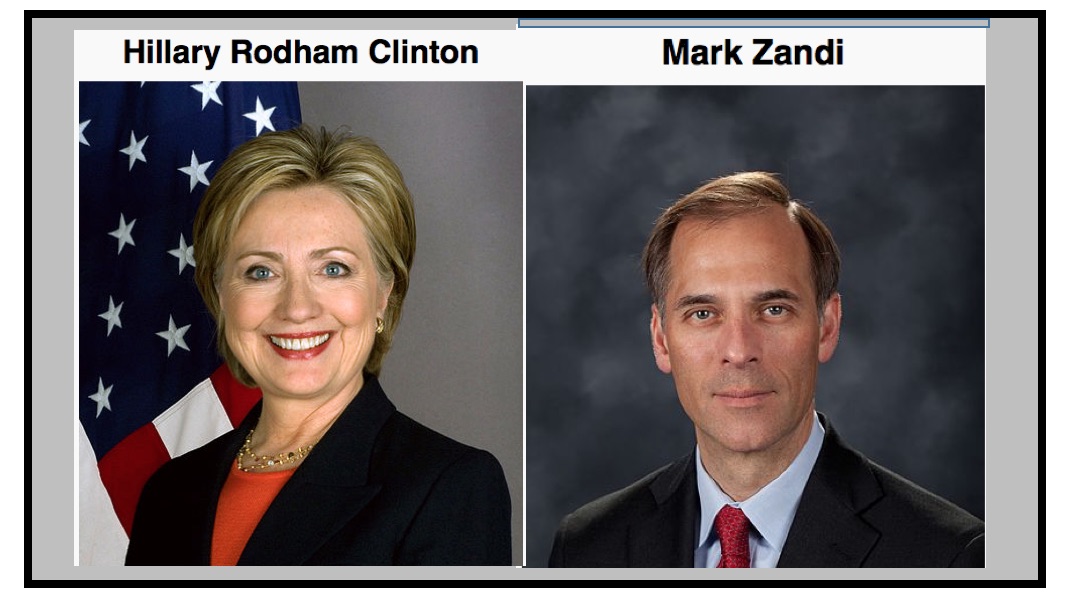 Zandi's contribution to Mrs. Clinton is hard to square with the idea that he is genuinely independent and objective. Even if he can somehow convince himself that he is, one has to wonder if his employer, his Economy.com subscribers, ADP, and the venues where he comments and grants interviews would still believe that his analyses are authentic and represent his best efforts if they knew about his maximum 2015 contribution to Mrs. Clinton.

There's also the potential concern about what kind of benefit Zandi might be expecting in return for his contribution. Does it mean, if Mrs. Clinton wins, that he has been promised or believes for some other reason that he'll be given serious consideration for membership in the new administration's Council of Economic Advisers or some other plum economic position? There's only person to blame for the fact that this question is a fair one to ask, and it's Mark Zandi.

Just as TV, print and online commentators are generally required to disclose whether or not they have positions in the stocks on which they are commenting, Mark Zandi should be routinely disclosing to readers, listeners and viewers that he has invested in the campaign of Hillary Clinton. Only then can those who read, hear or see him make informed evaluations of his claims about the state of the economy, and — since he's the one questioning them — the credibility of the government's economic reports.