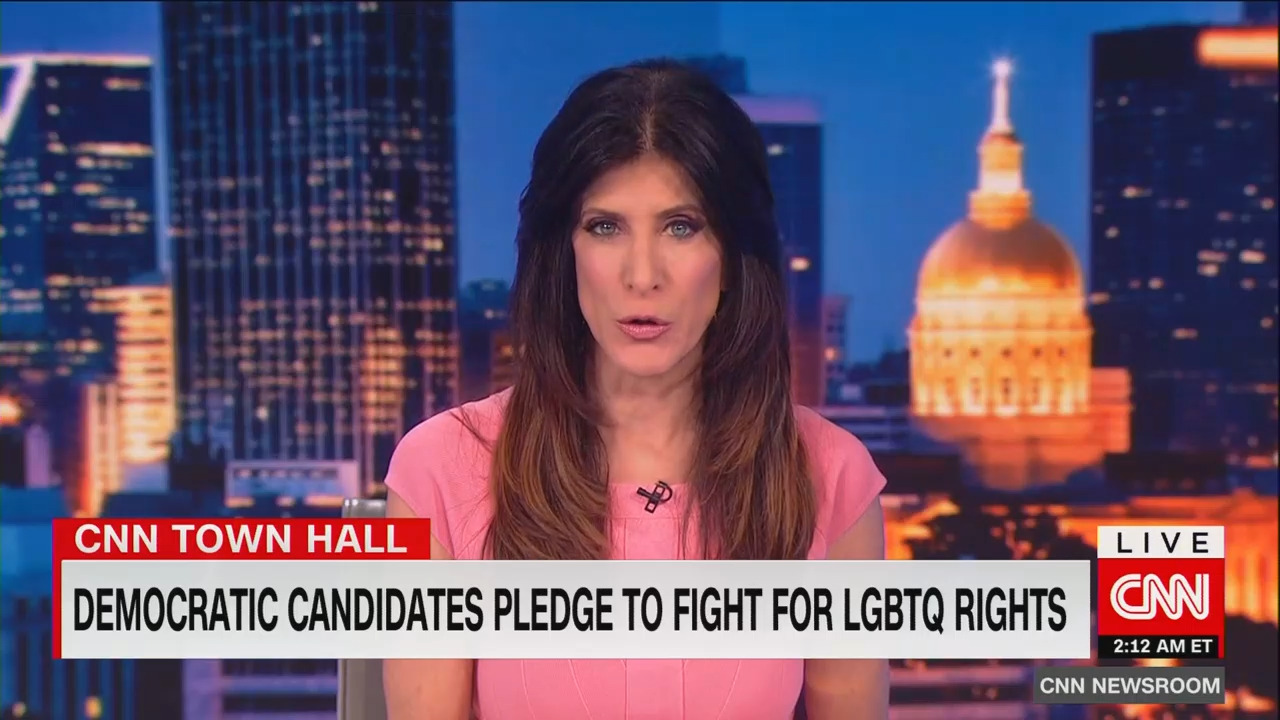 Despite the fact that the Jeffrey Zucker-led CNN has created a cottage industry out of town halls involving presidential candidates and/or some of their liberal causes, CNN showed very little interest in recapping their four-and-a-half-hour, horrendously-rated Thursday night LGBTQ town hall with nine 2020 Democratic presidential candidates.

Between midnight and 7:30 p.m. Eastern Friday (so 21 and a half hours total), CNN shows spent just under 25 minutes (24 minutes and 47 seconds) on a town hall that featured, among a slew of other alienating takes, an angry trans woman briefly hijacking the event, Beto O’Rourke saying he’d target churches who aren’t pro-LGBTQ, and questions with elementary-age trans children. As per usual with most NewsBusters studies, this total excluded teases.

The tone was set from the moment the town hall ended, thanks to a special edition of CNN Tonight (midnight to 2:00 a.m. Eastern). With fill-in host Erica Hill, CNN Tonight ignored it to instead offer a laser-focus on CNN’s latest idol, which is impeachment.

Perhaps most notable was what came next. Over half of the total (12 minutes and 40 seconds) came in from 2:00 a.m. to 4:00 a.m. Eastern during a CNN International simulcast of CNN Newsroom Live with host Natalie Allen. So, again to underline, more than half of CNN’s on-air coverage recapping their lengthy LGBTQ town hall came in the middle of the night. 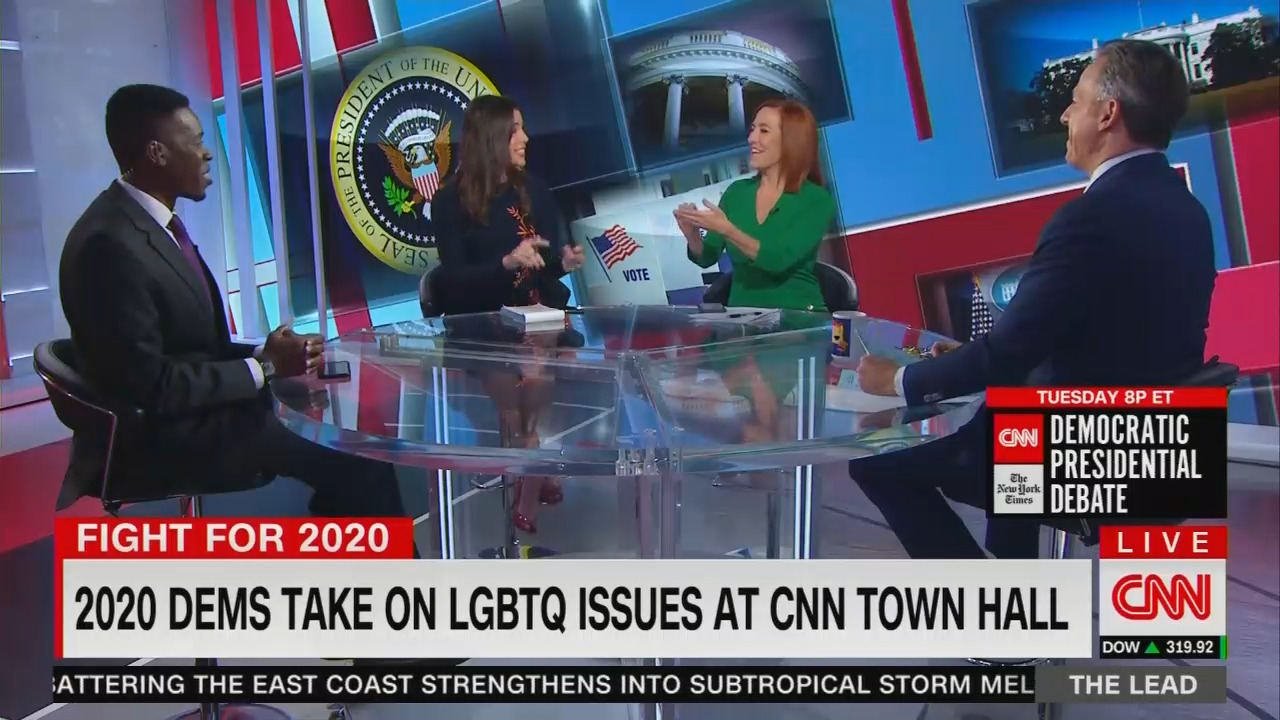 The town hall fetched a scant four minutes and 23 seconds on Early Start, which airs from 4:00 to 6:00 a.m. Eastern. And then after a lone, three-minute-and-39-second segment in the first hour of New Day, CNN spent the next nine hours of programming forgetting that the event co-hosted with the Human Rights Campaign (HRC) ever even happened.

But near the end of The Lead, host Jake Tapper and his panel returned to the CNN/HRC event with four minutes and five seconds of discussion about their takeaways and whether proposals such as O’Rourke’s will harm the party in the general election.

So perhaps CNN decided that it should do anything and everything to bury this monstrosity of a town hall after their climate change town hall as they’re best left to be forgotten as opposed to push highlights of something that would serve as no more than a free in-kind contribution to the Trump campaign.