'Preacher:' Anyone Who Believes in God an 'Idiot' and 'Sucker'

The AMC series Preacher is finally drawing to a close with only a handful of episodes left to go. Sadly, they still won't lay off on mocking God, Jesus, or religion. This time, the show insults all three along with the people who believe in God. It’s a busy hour. 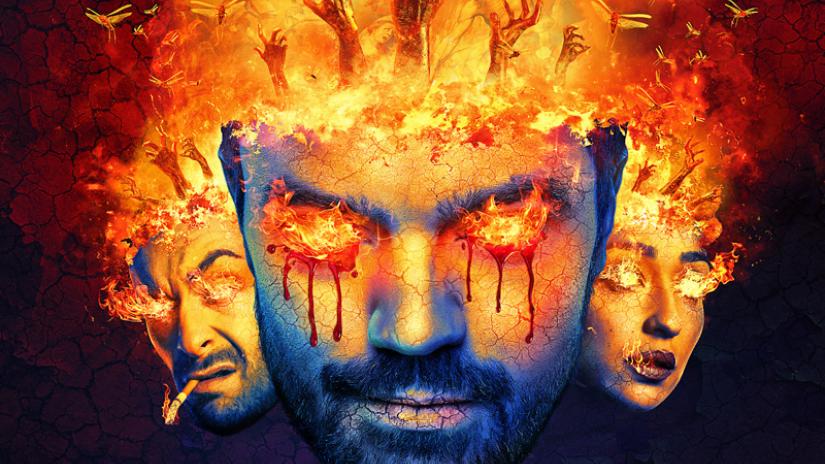 The September 8 episode “Messiahs” follows up on the previous episode which saw a painful death for the title preacher Jesse (Dominic Cooper). Despite his death, Jesse is still wrapped up in divine issues as an angel named Fiore (Tom Brooke) comes to him in Hell for a proposition. He reveals to Jesse that God (Mark Harelik) plans destroy all of humanity with the help of Jesus (Tyson Ritter) and Adolf Hitler (Noah Taylor). Despite being planned by God, the angels want to prevent this inevitable destruction.

Meanwhile, Tulip (Ruth Negga) and Cassidy (Joseph Gilgun) have their own plot against God Himself. Together, they hunt down Jesus’ descendant and inbred Messiah (Tyson Ritter) to try and bargain with God for Jesse’s life. Through some connections, they manage to find him in a Jewish temple because not even Jewish people are free from being ridiculed on this show. Strangely enough, I doubt Preacher will manage to squeeze in a jab at Islam before it’s over.

To make it clear, Cassidy outright calls the congregation of the Jewish temple idiots and suckers for putting faith in God and a Messiah.

Of course, God still gets a rough portrayal in the episode. To help convince Jesse to take charge in the Apocalypse, Fiore shows Jesse what God has been up to in the years He’d been missing. As expected, it includes everything from ignoring the poor to introducing the kinky dog suit.

Did the writers assume we wouldn’t pick up on the years of insisting that God is terrible? I guess they’re not only hateful towards people of faith but think we’re stupid, too. After all, they say just as much in this episode.

Then again, the show has clearly never thought highly of the religious. They say God works in mysterious ways, but this show has just become way too obvious. The Apocalypse is looking pretty good right about now.