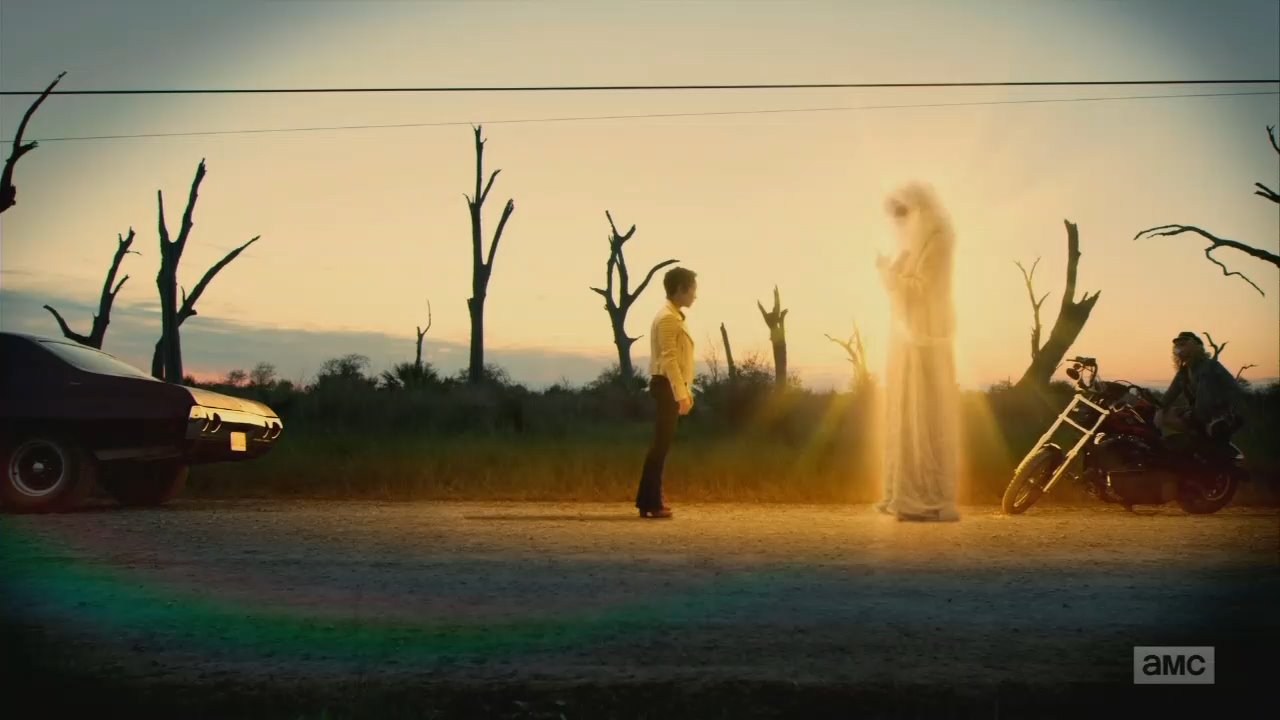 If it isn’t obvious by now, AMC’s Preacher isn’t a fan of God, Jesus, Christianity, or anything remotely resembling decency. So it comes as no surprise that the show lets out how it feels about the Creator of the universe - verbally and physically. In another less-than-shocking twist, it requires a censor just to talk about.

The July 8 episode “Gonna Hurt” features another confrontation between Tulip O’Hare (Ruth Negga) and God Himself following her vision from the premiere. The God in Preacher is, of course, dodgy, creepy, and temperamental as he refuses to divulge why he’s hiding on Earth in a dog suit. From that point, Tulip calling him out on it seems almost justified. Nothing like lowering the bar on religion to push your rotten humor.

God: It is not your place to question me. I'm preparing a test for the future of creation.

God: A pass/fail. And that is all you can know for now. Goodbye, O'Hare.

Tulip: Nah. I call bullshit. Pervy dog-suit, ponytail, an earring, the Harley? Her?

Tulip: You're not down here for any big plan or design. You're just screwin' around.

God: Do not question me. I am God almighty.

Tulip: You're an almighty dickwad is what you are.

I bet the writers were waiting all three seasons just to mock God as a "dickwad." The episode doesn’t end there as Tulip explains her divine encounter with her boyfriend Jesse (Dominic Cooper). After deducing that God fears Jesse's power, Tulip vows to find God again and “kick his ass” for not giving answers. Again, more swearing and this time Tulip has God by the neck and appears to kick him in the crotch.

Jesse: Don’t make any sense. Why'd he come to you?

Tulip: Well, why the hell wouldn't he come to me?

Jesse: No, it's not that. It's just I'm the one that's been looking for him.

Tulip: Well, pretty sure he wants you to stop lookin'. That's why he set me up. He's scared of you.

Tulip: Well, he better be scared of me, too, 'cause I'm gonna kick his ass.

Jesse: How exactly are you gonna kick his ass?

Tulip: What do you mean? I'm just...gonna kick his dick ass. Here's your O'Hare curse. [Screaming]

Meanwhile, there are over two billion Christians across the entire world, and currently, Christianity is the most persecuted religion around the globe. It may be time to find new material.