'Madam Secretary' Lectures Christians: ‘Hard to Claim You Love the Creator, If You're Ignoring’ Global Warming 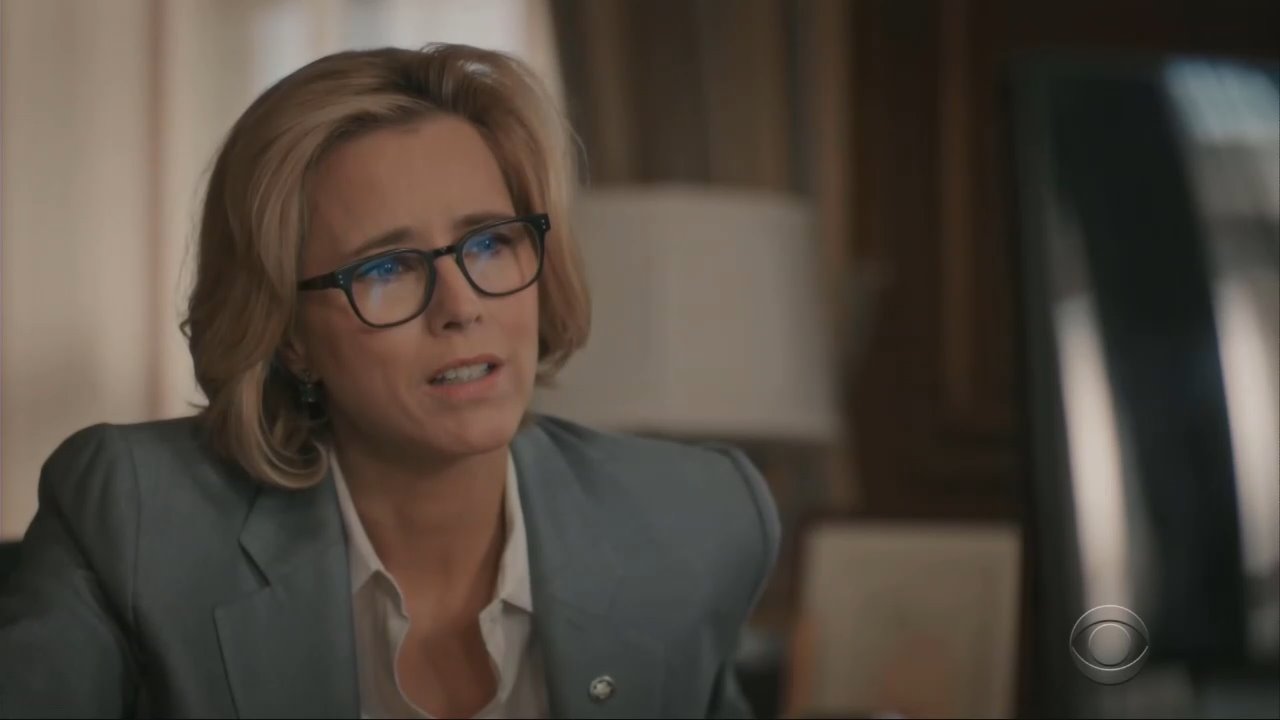 Like any good liberal disciple, CBS’s Madam Secretary is back preaching about the fire and brimstone of climate change during Lent. The metaphor becomes more apt when the show literally goes against religious believers who dare question the will of scientists and fear-mongering politicians. After all, we’re "past the point of no return" already.

The March 17 episode’s title “The New Normal” refers to the so-called "new normal” of natural disasters caused by global warming. For example, a storm known as “Typhoon Blessing” begins developing across the Pacific Ocean two months before the typhoon season begins. Although it doesn’t threaten the United States, it does target the small country of Nauru. The cause, of course, is none other than climate change.

Of course, this wouldn’t be a full defense of the Church of Global Warming without a few dissenters. The designated climate change denier for this episode comes in the form of not a politician but Pastor Eli Bragg (Jim True-Frost), the leader of a large Christian organization known as the Christian Redeemers Network. In a speech to this group, Secretary of State Elizabeth McCord’s (Téa Leoni) husband Henry (Tim Daly) quotes the Bible and beseeches the room to accept the infallible word of climate scientists as their Lord and Savior, in the name of their actual Lord and Savior.

Henry: Genesis 2:15 uses two Hebrew words to describe God's purpose in placing man in the Garden of Eden: "Avad" and "Shamar." Meaning "Serve" and "Protect." It's the core of our purpose here on Earth, and our instruction for worshipping God. But it's hard to claim you love the Creator, if you're ignoring the profound harm being done to His masterpiece. The longer we neglect our duty to God, the farther we stray from His purpose, and the closer we are to succumbing to an existential threat to humanity: Climate change.

Elizabeth: I know that wasn't the speech you imagined.

Eli: The whole point of the invitation was unity.

Elizabeth: We face a common threat. Solidarity is our only option.

Eli: Your husband quoted Genesis, but the moral of that book is that humans are fallible. Most doctors used to think that leeches cured pneumonia.

Elizabeth: You really want to put your chips on that square? Your megachurch is in a flood zone near Greensboro. Millions of your followers are within reach of Atlantic hurricanes. We can help protect 'em, but we need to act now.

Eli: Ma'am, I'll level with you. In my opinion, this whole climate thing is just a Trojan horse to grow the power of the federal government and undermine our liberty.

Elizabeth: Not the government I work for. Or one I want to lead.

Eli: Come along, there are some folks I want you to meet.

Elizabeth wants to preach solidarity but apparently won’t accept debate. For the record, climate change data and projections, like humans, have clearly been fallible, from the constant doomsday deadlines they predict to historical temperatures to even basic weather conditions. It’s hard to conclude that “the planet is dying” when those dire proclamations have been wrong so many times for so long. And it becomes even harder when those inaccurate climate change reports are asking for trillions in taxpayer money to fix the “problem.”

If that already sounds like an overblown fictionalization of anything to do with climate, watch a so-called NASA administrator explain the whole situation with the typhoon himself.

Glenn: Typhoon Blessing is a freak. It's the most powerful ever, two months before the official start of typhoon season. Set off alarm bells within the scientific community, so we went looking. This was taken above the monsoon trough by our new goes-18 satellite. Maps are like rashes. If it's big, if it's red, it's probably bad.

Matt: Yeah, I'm getting hives just looking at it.

Glenn: Here's a patch of superheated ocean. Rising temperatures are outpacing even our worst-case models, so tropical cyclogenesis is gonna get more frequent, more destructive.

Daisy: So Blessing isn't a freak. It's the new normal.

Glenn: Well, there was a time when we couldn't link specific storms to climate change, but that time has passed. Which brings us to Nauru. The survivors need to leave now.

Blake: You mean until they rebuild?

Glenn: No, no. I mean permanently.

Jay: All right, hang on, hang on. Y-you want an entire people to just pack up and leave?

Glenn: Well, with bedrock, maybe. But this island's built on soft coral. Another high-frequency wave event could be...

Glenn: It's like a tsunami hitting a sandcastle. And given the data, the odds of that happening in the near future are too high for comfort.

To be fair, the episode doesn’t entirely blame climate change for this storm. It also blames the United States.

After the typhoon hits, about one thousand people are killed, and several hundred are reported missing. Nauru's president and 19 members of parliament were killed so the line of succession goes to the consular official, a grad student in the U.S. The newly installed president, David Akua (Tai Hara), rejects Elizabeth's plan to relocate the country’s population, denouncing the U.S. for causing global warming. Sadly, nothing else can be done, she says, “We are past the point of no return.”

David: But I work in consular affairs. I only took this job to help pay for grad school.

Elizabeth: We're gonna get you on a flight to Hawaii that leaves in a few hours. From there, a military plane will take you on to Nauru. I know you didn't ask to be president.

David: My mum. I can barely breathe 'cause I don't know if she's alive or dead, and you're telling me...

Elizabeth: We're doing everything in our power to find her.

David: You mean, I'm supposed to take care of everyone? To help them rebuild?

David: What are you talking about?

Elizabeth: According to our best information, the island of Nauru is no longer habitable. You have to evacuate.

David: I'm sorry. Evacuate? You spent $100 billion rebuilding New Orleans. I mean, if China can conjure whole islands in the Spratlys, I'm sure we can manage a seawall.

Elizabeth: It's not that simple.

David: It should be. Nauru wouldn't be in this mess if not for the U.S. spewing massive amounts of carbon dioxide into the atmosphere. You owe us.

Elizabeth: I know. But we are past the point of no return. Relocation is the only assistance I can offer.

David: Nauru has been home to my people for 3,000 years. We speak a language shared by no one else on Earth. We will never leave.

Elizabeth: At the cost of your lives?

David: Now, if you'll excuse me, apparently I have a plane to catch.

Now, while she and NASA claim we’re “past the point of no return” regarding climate change, that doesn’t stop Elizabeth and her team from drafting plans to combat climate change. It gets even more unbelievable when they actually draft an appropriations bill to pay for damage to other countries caused by U.S. carbon emissions. Even Alexandria Ocasio-Ortez’s Green New Deal plan wasn’t dumb enough to add that on the list... yet.

The administration doesn't manage to pass the reparations bill but does pass a resolution to recognize the role of carbon emissions in the Nauru disaster. Unfortunately, the island of Nauru is now completely submerged following a second storm. Some help the government Elizabeth works for and wants to lead turned out to be.

At least the show doesn’t go as far as to suggest climate change is causing pandemic diseases, like it did last season. Even without that, this episode is still a piece of presumptuous progressive propaganda. It preaches global warming as a fact despite numerous research fallings. It singles out the United States as a polluting sinner despite our country’s work in declining emissions. Worst of all, it positions the United States government as a benevolent force that could save us all if we’d just stop denying the facts. It’s no wonder the opponent is a preacher since they make climate change a competing religion all its own.

By now, I'm far past the point of taking this show seriously.