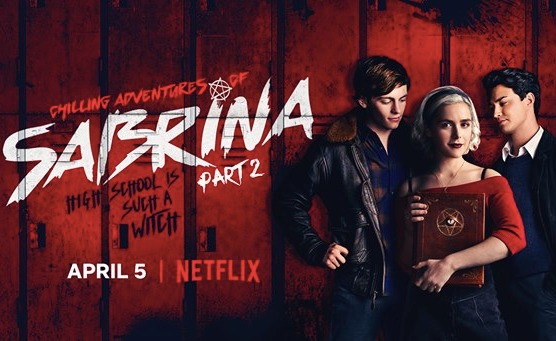 A drama based on the supernatural world of witches and warlocks aimed at teens and young adults is probably not the best place to look for clean, wholesome fun, especially if the venue is Netflix. There are three specific topics brought into Part Two of Chilling Adventures of Sabrina that will cause concern for conservative parents.

The new series of 9 hour-long episodes was released April 5. In the very first episode, “Chapter Twelve: The Epiphany,” the viewer is hit with the transgender agenda. Sabrina Spellman’s (Kiernan Shipka) friend Susie Putnam (Lachlan Watson) tries out for the boys' basketball team. Treated as a big feminist moment by Sabrina and her friends, it soon becomes apparent that Susie is not, in fact, strong or big enough to compete with the boys. Sabrina watches the try-out and helps Susie with her witch powers. Susie is at first taunted by the boys in the locker room but soon wins them over with her new basketball skills, thanks to Sabrina. In Part 1, Susie was "gender non-conforming," in Part 2 she is now "Theo" because she identifies as a boy.

Aside from the occult themes throughout the show, the last offense I noticed is that of anti-Christian bigotry. More specifically, anti-Mormon propaganda. In the 6th episode, titled "Chapter Seventeen: The Missionaries," the Order of Innocents come to Greendale. The Innocents are witch hunters disguised as angelic missionaries. They look like Mormons as they are dressed in white shirts, ties, and dark trousers. They ride bicycles and are sent to purify the town. Their mission is to convince the witches and warlocks to repent or kill them all. You know, like Mormons do.

This episode was particularly gruesome and sacrilegious. As The Innocents move to go to the Academy to kill all the students, Sabrina intervenes by going into the re-consecrated Church of the Night. She is the only witch that can do this because she is half mortal. The leader, Jerathmiel, talks to Sabrina about forgiveness and salvation but she refuses to repent. A crown of thorns is put on Sabrina's head and she is shot with three arrows from an Innocent’s crossbow. She falls to the ground, landing in the position like she’s nailed to a cross. She then rises into the air and floats. This is when she becomes possessed with miraculous powers. Yes, what an Easter story, right? Sabrina is Jesus on the dark side. She orders the Innocents (angels) to pledge loyalty to the Dark Lord, which they cave and do. This leaves Sabrina and the witches looking more powerful because they refused to cave to the Innocents and repent. Ick. 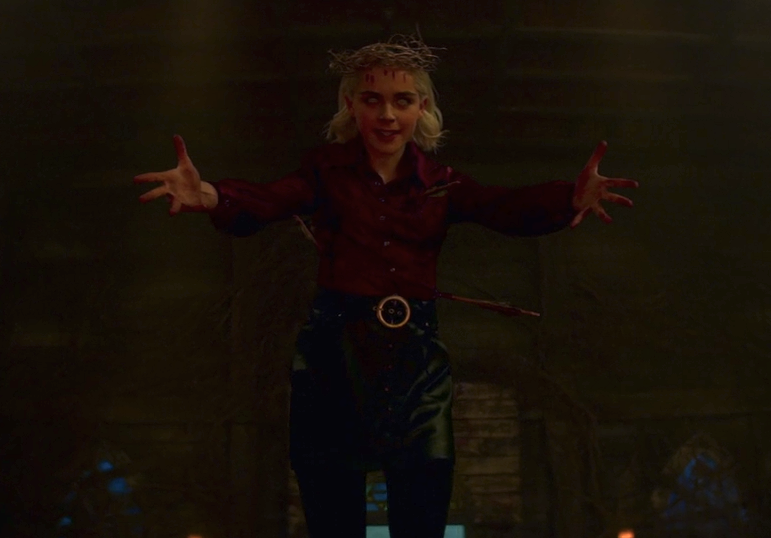