Takes One to Know One? ‘Sabrina’ Designer And Writers Are Actual Occultists

“Method actors” often immerse themselves in the life and experiences of characters they play to be able to bring believability to a role. Makes sense if you’re trying to portray a person in a plausibly real-world situation.

Opposite side of the coin: Lisa Soper, the production designer for series The Chilling Adventures of Sabrina, actually has occult religious beliefs somewhat similar to those of the production’s titular protagonist. The Netflix show follows the young Sabrina, a half-witch, through spell-filled adventures which often involve associations with Satan, his emissaries, and the satanic Church of Night. 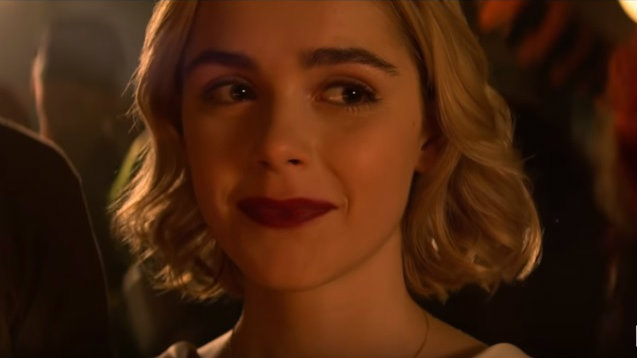 So Soper’s make-believe mysticism is informing the make-believe show she’s working on, and she’s even joined by some of the shows writers in that regard.

Vanity Fair’s Sonia Saraiya reported in an Oct. 30 profile that she rightly “hope[d]” that the Church of Night in Sabrina doesn’t actually exist. But Saraiya is all too interested in Soper’s “contemporary paganism” (Maybe that’s the “reformed” sect of the Church of Night?), which the designer claims is the inspiration behind the work she does on the “Spellman house” and other sets of Sabrina:

“the Spellman house … is loaded with symbolic details and charmed touches. Viking runes for resurrection and death are carved into the entryway. The foyer is symmetrical, reflecting Sabrina’s emphasis on balance, and the opposing poles of gender, morality, and mortality. A calming sigil — one Soper draws into the ground when she walks in the woods during her own pagan practice — appears on the floor of the Spellman house.”

Soper even topped off her work on that set by casting a “production spell” which involved “burning sage, as well as ‘different salts and crystals that are laid out as charms and protections.'” The studio’s receipts must read like an incantation.

So what drew Soper to such wild beliefs? Soper claims that “‘Every time my father had a new girlfriend, he would switch our religion.’” Saraiya wrote that amid all the switching, Soper’s interest in religion grew and she came to identify with paganism most.

So, the list of benefits to staying with your spouse for your kids’ sake grows: You can potentially prevent your offspring from worshipping idols.