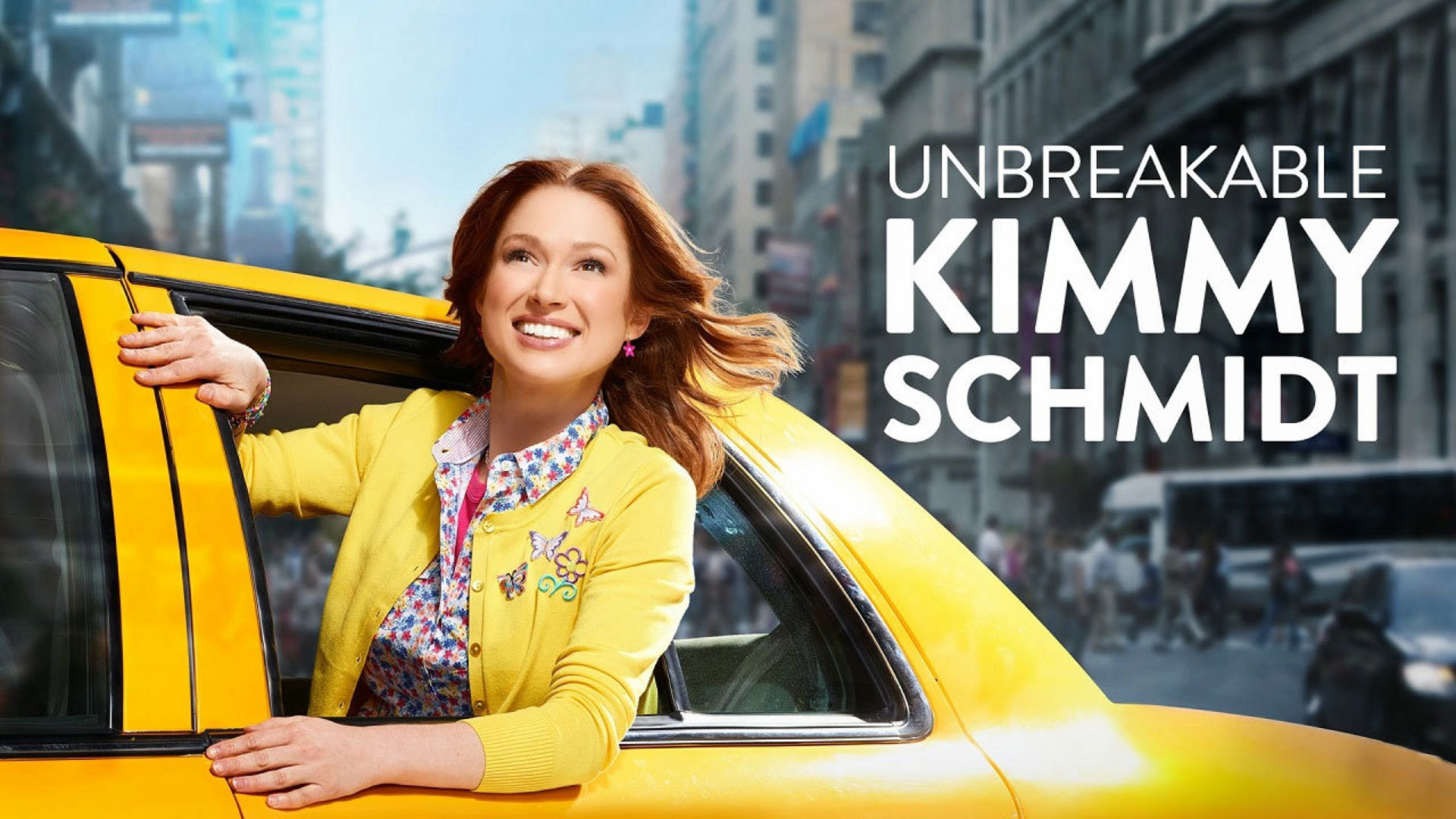 The third season of Netflix’s Unbreakable Kimmy Schmidt took a turn into the world of politics by incorporating random snarky political one-liners into almost all of the thirteen half-hour episodes that were released on May 19. With Hillary Clinton supporter and SNL alum Tina Fey as a co-creator of this internet series, it should be no surprise that the 2016 presidential election worked its way into dialogue.

Most of the political one-liners were to be expected – in episode one, titled “Kimmy Gets Divorced?!” Kimmy Schmidt (Ellie Kemper) is looking at colleges to attend and her friend, Jacqueline (Jane Krakowski) mentions she went to Trump University until she ran out of money. “Go, Pricks!” she exclaims. In episode two, titled “Kimmy’s Roommate Lemonades!” Lillian (Carol Kane) canvasses neighbors for votes as she runs for District Council. Learning that they are all felons, she laments, “This neighborhood is just a basket of deplorables.” And on it went.

The Trump lines were a thread that wove throughout the series this season. Jacqueline said at one point, “I’m done being a kept woman, like Melania Trump” and there’s a sign in police station of Trump in an Uncle Sam-type pose saying, “You’re a loser!” But the worst was when Jacqueline told the story of being asked out by a “hideous but very wealthy man” who thought she was a prostitute and turned out to be a 15-year-old Eric Trump.

After season two ended with Lillian’s decision to fight gentrification of her neighborhood, the story continued into this season with her decision to run for District Council. Her district has only one registered voter, Kimmy. Jacqueline wants to clean up the neighborhood water system with a waterfront sludge cleanup project. Lillian opposes this because she thinks clean water will encourage yuppies to move in, thus gentrification would progress. Lillian won her election and once seated, fell in love with another council member, Artie Goodman (Peter Riegert), a grocery store chain magnate.

In episode thirteen, titled “Kimmy Bites an Onion!” Artie is in need of a heart transplant and Jacqueline encourages him to just buy a heart like rich people do – she said she learned that in Trump’s book The Art of the Deal. She suggested Arnie donate to a hospital that would do his transplant so he wouldn’t have to be on the waiting list. Lillian said Artie wouldn’t do that, (it’s deplorable) but then realized “It would take a heart off the market, then when Giuliani needs one, he won’t have it.” A twofer, this slams both Trump and his confidant, Rudy Giuliani.

But wait, there’s more. Also in this episode, Lillian states that former Vice President Dick Cheney “cut the line” for his heart transplant. She said she should have fallen in love with him. “We both shot people in the face, so there’s your first date small talk right there.” Ugh. In the previous episode, titled “Kimmy and the Trolley!” Artie attempted some humor as he explained his LVAD in his heart. He said, “It’s like Cheney’s” but “mine was replacing something.” Those around him failed to acknowledge his punch line (Cheney has no heart) so Artie replied, “Tough crowd. That was solid.”

Perhaps it is solid in the world of those clinging to Bush Derangement Syndrome after all these years.

In episode ten “Kimmy Pulls Off a Heist!” Jacqueline was successful in her drive to change the name of the Washington Redskins. Marrying one of the owner’s sons, she first tried to blackmail Orson Snyder (Harris Yulin) with a recording of his younger son admitting the reality of traumatic head injuries in football. (How are they able to use the names Washington Redskins and Snyder?!) This attempt failed when Orson turned in his son as an ISIS recruit. Yeah, crazy.

Jacqueline’s parents, Lakota Native Americans, participated in a protest by burning Redskin jerseys. She realized that the teams could change their names to offend and tap into the anger felt by Americans today. Her reasoning is that with a controversial name half the country would buy jerseys every week to burn them in protest so sales would increase. Noting the owners suggested names like Jacksonville Hillaries, Kansas City Islams, Houston WNBA’s, Orson landed on the Washington Gun-Takers.

Other liberal tropes included an evil Big Pharma storyline with the company called “Mordor Pharm,” Kimmy went to church where she met Christian hypocrites who “use the Bible as an excuse to be as shady as they want,” and Gretchen got treated differently as a cult leader because she's a woman.

To be fair there was some pretty solid mockery of liberal political correctness. In episode three, “Kimmy Can’t Help You!” Jacqueline’s bleeding-heart husband Russ (David Cross) is slowly hit by a car. While being run over he thanked the driver for driving electric. Then, in chastising himself for assuming the driver was a woman, he said, “I deserve this.”

Campus political correctness among students and their behavior with each other took a hit in episode six, titled “Kimmy is a Feminist!” Kimmy is invited to attend her friend Austin’s day after Valentine’s Day party – her first college party. The party is to reject Valentine’s Day as regressive. He says he’ll be “tapping the keg at nine, with the keg’s consent, of course.” Kimmy’s friends were happy for the invitation and noted, “He’s so woke. The only microaggression was when he called us guys.” Mention was made of Beauvioir’s book Le Deuxiema Seke as one friend fired off this quote – “The concept of a woman is a myth invented to oppress us.” Oh, brother.

As Kimmy shows disapproval of her revealing party dress provided by her friends during a makeover, she says it looks like a hooker dress. The response? Hookers are now called "sex workers" and they are heroes. 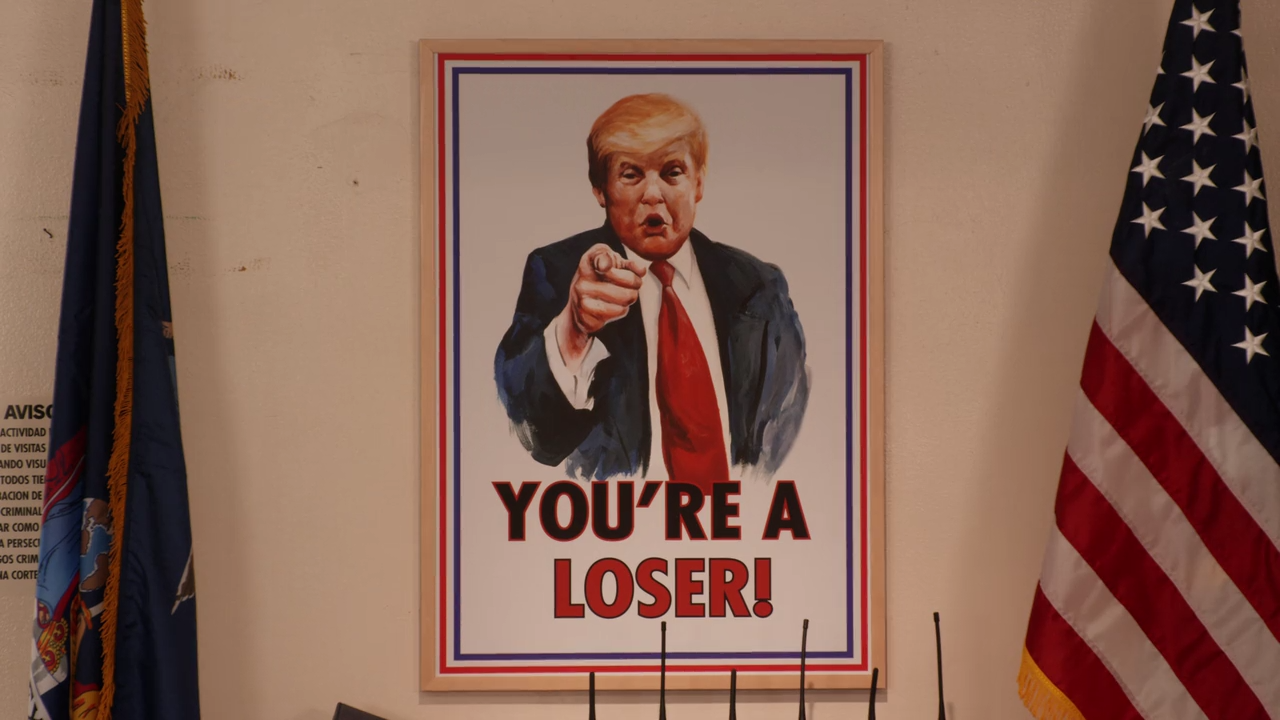 I’d laugh but sadly, I think this is really what many on today’s college campuses are being taught. I say this because the next enlightenment comes from Xan who says she is taking a course called Power, Gender and Marginalization in Contemporary Yogurt Commercials. “Seventh wave feminism is all about owning our sexuality. If we don’t dress like this what are we saying? That we can’t?” Kimmy responds, “So, this is feminism. I didn’t know it’d hurt my feet so much.” Xan responds, “That’s so your butt looks good – for you.”

Party boy Austin says to Kimmy, “Call me a feminist but I think women can handle just as many drinks as men. Would you consent to dance with me?” Later when he is wanting more from her, he pulls out his sexual consent form but Kimmy doesn’t have one and she has no interest in having sex with him. “You’re rejecting me? You’re a bully!” Then he calls his mommy. Turns out he is only 17-years-old and his helicopter mom takes care of his life for him.

This show is quirky and light-hearted in tone and most episodes have a musical number of some sort. It’s a good distraction from today’s news cycle and world problems. I hope, however, the political messages don’t overtake the show’s ability to just entertain.