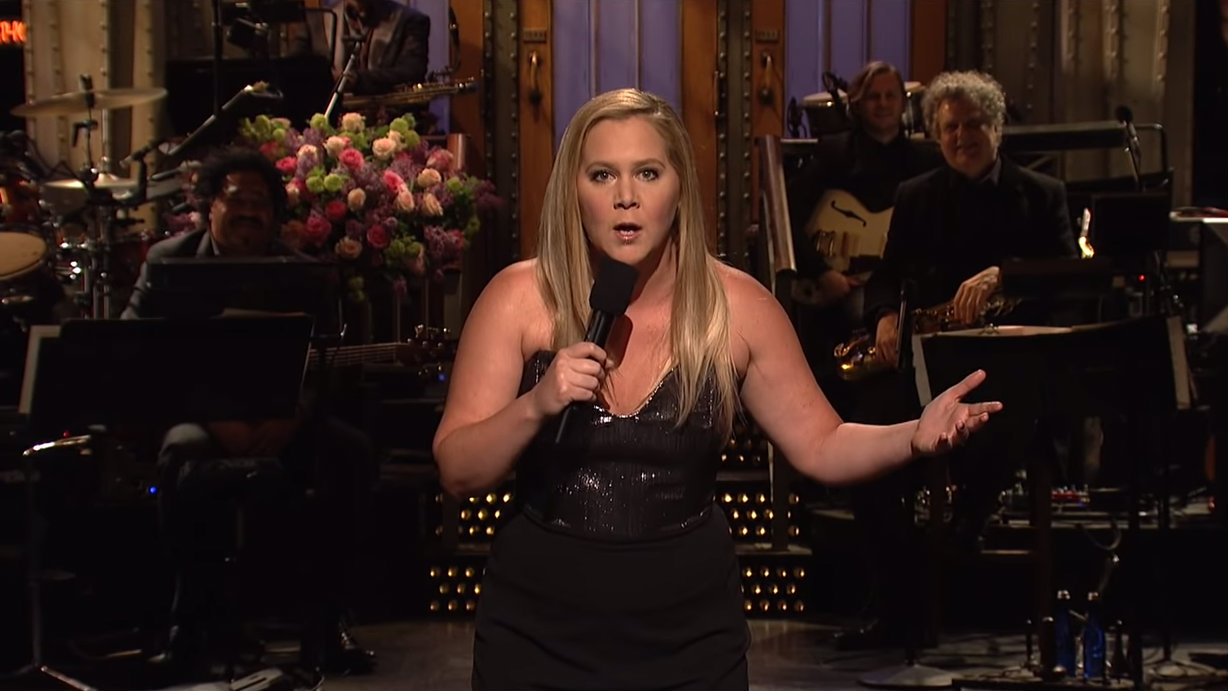 On June 19, The Hollywood Reporter fashioned a list of the top 40 “most powerful people in comedy” for 2019. It’s a predictable gaggle of reliable lefties and reads more like a wanted poster for the gang that ruined comedy.

The first big-name entry was Sacha Baron Cohen of Borat fame. Though since the 2006 blockbuster hit, the liberal Cohen has struggled to reclaim his “glory” days. His go-to gag is to ambush conservatives to make them look dumb, actively pandering to a lefty audience.

Unfortunately for Cohen, everyone recognizes his oddly oblong face and lanky body from Borat, so his disguises don’t work anymore. Now, whenever Cohen disguises himself to trick a conservative into saying something stupid, he embarrasses himself.

For this next entry, THR was kind enough to provide the readers bits of the comedian’s hilarity. For the description of comic Hannah Gadsby from Nanette, THR explained that the Netflix “comedy” special “was framed as Gadsby’s farewell to a decade-plus career in comedy, as she tackles misogyny, homophobia (including the internalized variety) and mental illness.” Ah yes, because people go to comedy clubs for gender studies lectures, right?

THR gave Gadsby a list of questions to show off her comedic prowess. Here are some of her extremely cringey responses:

I WISH THEY’D REITRE THE BIT ABOUT…"Prostate exams being uncomfortable and awkward, because they sound like fun times compared to state-regulated abortion bans."

THE BLUEST I'VE EVER GONE IS ... "When holding my breath listening to men tell rape jokes."

AND WHY? "Because it's a monotreme. Christians wouldn't like how they conceive."

Is she a comedian or a Democrat running for President? Never mind, same thing.

After indulging in Gadsby’s social justice barrel of laughs, THR invited the reader to recognize the comedic greatness of Rick and Morty co-creator Dan Harmon. In 2009, he joked about raping babies.

Moving on, THR listed the ultra-feminist Mindy Kaling -- writer for The Office and creator of The Mindy Project and Champions. When Kaling isn’t writing unfunny liberal propaganda like The Mindy Project or commercial failures like Champions, she is bemoaning our misogynistic society. It’s no coincidence that after she was promoted to executive producer of The Office in the show’s eighth season, the ratings plummeted.

Of course, late-night propaganda shows are prominent on the list. But tellingly, THR didn’t bother to distinguish between them, simply listing them as “The Late-Night Hosts.” Can’t blame the site. The repetitive Trump-hate and liberal applause fodder Colbert, Kimmell, Fallon, Oliver, Bee, and co. slop out every night is largely indistinguishable.

Later on, THR listed Amy Poehler -- famous for her role in Parks and Recreation and her daily panic attacks over Trump’s presidency. Remember when Poehler hilariously defended the 9/11 terrorists? Are these tears of laughter or tears of sorrow?

Last but certainly not funny, THR gave a distinguished spot to Amy Schumer, whose only original thoughts betray an odd obsession with her vagina. Her Netflix comedy special was so bad that Netflix had to ditch its user rating system.

In the left’s PC crusade against comedy, these are the people that we are left with to harold as comedic geniuses: washed-up gross-out artists that depend on crude vulgarity for laughs. Gone are the days of boundary pushing comedians like George Carlin and Dave Chappelle. Welcome to the age of “Woke Comedy.”