Amy Poehler: ‘Hard’ Not to Have ‘Panic Attack Every Day’ Under Trump 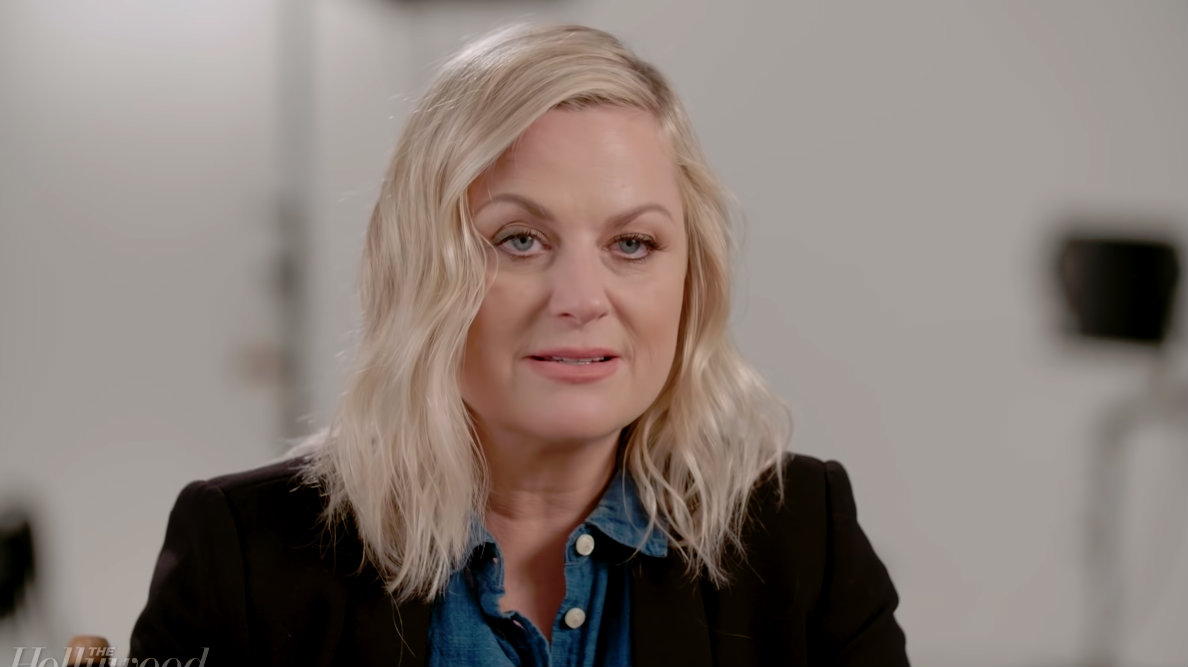 Amy Poehler, famous SNL alum and star of NBC sitcom Parks and Recreation got candid about feminism and the state of America under President Trump, revealing that such intense topics may be starting to push her over the edge. In a Hollywood Reporter interview, the comedian spoke to journalists about how she has become a rabid feminist in the wake of the #MeToo movement, and how the election of Donald Trump was “so upsetting” and a “huge loss for all of us.”

Poehler, like societal heroes such as Martin Luther King Junior before her, is all about fighting real oppression, like condescending male attitudes. THR wrote, “she has definitely had it with condescension from the patriarchy,” with Poehler adding, "Women are constantly criticized for being too emotional. Can we be allowed to be as messy, as all over the place, as inconsistent and as mediocre as men?” We’ve seen your recent work, Amy. Your mediocrity seems pretty uninhibited.

These days, she’s producing for other stars like the lefty cat ladies of Broad City and the helping actress Natasha Lyonne on her Netflix drama about a “genderless woman,” called Russian Doll. However that works.

But she’s really about “defining her own feminism in the #MeToo era.” Part of that includes joining her sister celebs in being supremely outraged that Trump is president. “Women have been rightly and righteously furious about this administration and have been working together and bonding together just in an attempt to make sense of all of it.” Poehler also mentioned that the election had rocked her family, including her sons who “were looking forward to electing the first female president.”

“It was a huge loss for all of us,” she claimed, adding that in response to the election, her sons have been “donating their birthday money to causes they care about — currently immigration and climate change.”

Poehler even has her own Trump Derangement Syndrome support hotline of Hollywood women. She claimed, “Every woman I know has a text chain, every morning we just say, 'Can you believe this? Can we break this down together so I don't lose my mind?”

It’s gotten to the point where Poehler’s fear of Trump is so crippling that it may even border on insanity. “It's really hard to not have a full-on panic attack every day.” she expressed. “It's why people are self-medicating." THR mentioned that after the comment she began “to laugh hysterically,” and “a little manically.” Uh, we sincerely hope the interviewer made sure Amy was under careful supervision before leaving.