How Woke Comedy Is Killing Laughter in Pop Culture 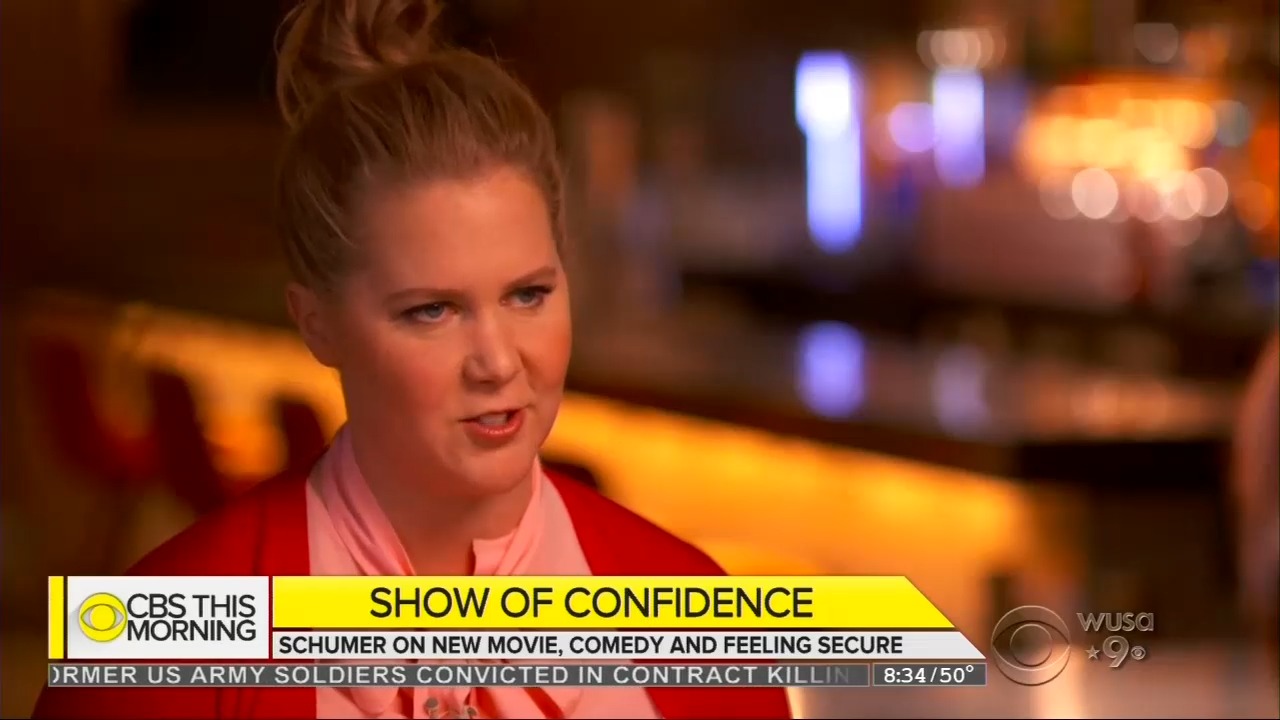 Sometimes a simple news item captures a problem so completely it makes your mouth go dry.

Consider the following headline from Deadline.com: "As Molly Ringwald Turns On The Breakfast Club, Dare We Laugh At Amy Schumer’s I Feel Pretty?

The op-ed is from the site’s executive editor, mind you, not a casual contributor. The column wonders if we’re allowed to laugh at the comedienne’s new film. The official description for “I Feel Pretty,” opening April 20, sent Social Justice Warriors and select reporters into a frenzy.

In I FEEL PRETTY a woman who struggles with feelings of deep insecurity and low self esteem, that hold her back everyday wakes from a brutal fall in an exercise class believing she is suddenly a supermodel. With this newfound confidence she is empowered to live her life fearlessly and flawlessly, but what will happen when she realizes her appearance never changed?

Consider this snippet from UK’s The Independent, which captures a sentiment shared far and wide on social media:

However, Schumer is still blonde, able-bodied and well-dressed, with all the trappings of Western beauty standards. So this idea that, both in this movie and in her real life, she is some kind of grotesque outsider who dares to rebel against Hollywood aesthetics with the circumference of her waist is flawed from the beginning – and insulting to anyone her size or larger. If she is in any way fighting for body positivity, she’s going about it in a clumsy, self-defeating, tone-deaf way.

Entire articles were penned on the backlash itself, weeks before the actual movie hit theaters.

It’s one thing for random Twitter users to fire up the Outrage Alarm. Here’s Deadline.com, an august arbiter of Hollywood news, weighing in on the comedy. Once again, it’s important to note this is a comedy.

Should older films be reevaluated under the new rules, and is there a place for subversive comedy anymore?

The op-ed catalogs some of the Pretty broadsides launched prior to its opening. It also name checks how Ringwald threw her deceased mentor, John Hughes, under the bus. It’s worth remembering Hughes made her (briefly) a superstar in the ’80s.

Then, the author uncorks an SJW haymaker.

Released today, The Hangover would have to answer for all that drunken white privilege.

The Hangover hit theaters in 2009, scoring an astounding $277 million at the U.S. box office and sparking a three-film franchise. The final film, released five years ago, earned a reputable $112 million.

That series’ concept is now considered unfilmmable to Deadline.com … unless, perhaps, you change the gender or ethnicity of the main characters. Or both.

The Hardest Job in Hollywood Today Is…

Just imagine penning a big screen comedy today. It’s hard enough to write funny material, killer sight gags and outrageous story arcs. So much has been done before, for starters. What works on the page may fall flat on screen.

Now, try to create comedy that will appeal to a large enough audience that it will make your film a savvy investment. That’s before the Woke Comedy Police pulled you over for speeding. Or worse.

It’s enough to slam your laptop and tackle a different genre. Any genre. Leave the funny business to other scribes with thicker skins and more secure careers.

Think about how modern scribes must tip-toe through the cultural land mines found in our woke age? What group will you upset with what character, what gag? Remember the outrage over a single bit from the awful Zoolander 2 involving a gender fluid model?

What about the Ron Howard comedy The Dilemma which featured Vince Vaughn uttering the two-word line “that’s gay” about an electric car?

Can you engage stereotypes at all today, a technique comedians have used for decades? You can, technically, depending on the group in question. Christians can be mocked and stereotyped 24/7 without any SJW outrage.

Has any progressive targeted The Simpsons for its Central Casting take on Christians via the unflappable Ned Flanders? Why isn’t there a documentary called The Problem with Ned?

That year’s disappointing Ghostbusters reboot featured all-female leads AND a cultural push to present the movie as vital to budding female scientists. Too bad the new “Ghostbusters” proved a fraction as memorable as the 1984 original. Guess which one we’ll still be talking about in 10 years? 20?

Some media outlets tried to save the middling Rough Night from a box office savaging. Why? The script offered plenty of woke comedy moments.

Critics sniffed their noses at it. Audiences weren’t nearly so kind.

And Now an SJW-Approved Lecture…

What’s the most staggering about all of this? The vast majority of Hollywood voices are silent on the issue. In a way, you can understand why. When “The Simpsons” took a mild stand against those claiming the Apu character was an ugly, racist stereotype major media outlets scorched the decision.

The result? A cowed Al Jean, the longtime show runner, vowed to get the response right next time. What’s right, exactly? And didn’t The Simpsons already respond?

Bill Maher is an exception. The liberal talker raged against attempts to re-evaluate older comedies about their woke-free attitudes.

“What can you do?” an exasperated Maher asked, rhetorically. “Label us all degenerates for not already being who we would eventually become?”

Jokes matter more than ever. The Resistance to President Donald Trump leans on every last quip to fuel their movement.

The woke comedy issue isn’t limited to the big screen. Some of stand-up’s brightest stars get attacked for telling the “wrong” jokes. Think Dave Chappelle, who found himseld under assault for not apologizing for telling “trans” jokes. Ricky Gervais was beloved by the media right up until the release of his new Netflix special Humanity.

Mel Brooks will tell anyone reporter who will listen that Hollywood wouldn’t, couldn’t make his 1974 classic Blazing Saddles today. It’s too subversive, too edgy and the way he employed the “n-word” to mock racism would get instantly flagged by woke critics.

And media outlets would be first in line to demand the film never see a darkened movie theater. Just consider how Newsweek taunted The Tonight Show’s Jimmy Fallon last year for keeping woke politics out of his act.

They mocked him. Period.

The problem cited by Brooks is getting worse. A whole new spectrum of subjects and targets are now taboo. The jokes you’re “allowed” to tell about the rest continues to shrink.

Future Ringwalds may not have much to regret in 30-odd years. The amount of subversive, hot button comedies will be so few there’ll be nothing to retroactively reject.