Whenever Miley Cyrus pops back into the news, the rest of the country appears a lot more wholesome in comparison. Today at 11:14 AM, while normal Americans were working for a living, Miley Cyrus tweeted out a picture of herself licking a cake that says “Aborton Is Healthcare.” Here’s a good rule of thumb: if Miley Cyrus is your political ally, you’re probably on the wrong side. 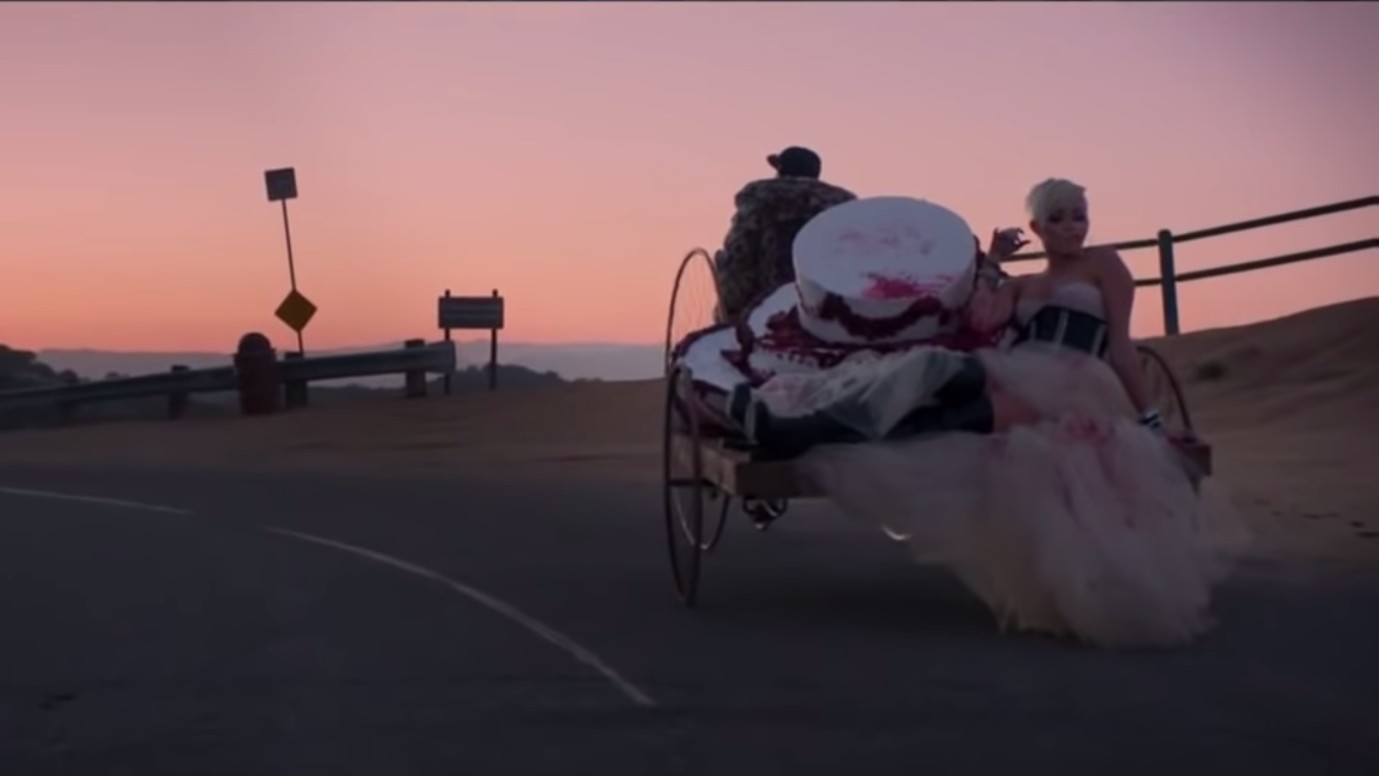 This gratuitous tweet harkens back to a picture of a young 19-year-old Miley back in 2012 licking a penis-shaped birthday cake. The picture’s caption announced a planned collaboration between Planned Parenthood, Marc Jacobs, and tactful genius Miley Cyrus. The collaboration features a pink hoodie displaying a half naked Miley surrounded by Scrabble letters that read “Don’t F*ck With My Freedom.” You can get this fashionable, family-friendly garment for the low price of $175 in July. All proceeds will go to Miley’s favorite federally-funded “charity,” Planned Parenthood.

Unfortunately, this isn’t the first Miley Cyrus x Marc Jacobs collaboration to support Planned Parenthood. In 2016, the duo teamed up with photographer Marilyn Minter to sell $50 “pro-choice” T-shirts, a collection called “Miley Hearts Planned Parenthood.” According to that report, Minter had “a secret plan” which she never unveiled.

Miley’s Twitter feed (viewer discretion advised) also presented a video where “we see some tropical fruit get positively molested,” as aptly put by Billboard.com. This was to promote her new suggestively-named album “She Is Coming” that was released on Friday. Miley is also selling condoms with black packages that say “She Is Coming” with a 1-833 number you can call to send her your vocal support, along with a hoodie that reads “I Love My Pussy.”

The tragedy of the former Disney star was expressed by her father Billy Ray Cyrus back in 2011 when he stated that the show “Hannah Montana” destroyed his family. There was a glimmer of hope in 2017 that she might regain her sanity leading up to her country comeback album “Younger Now” (a return to wholesomeness that The New Yorker called “creepy”). Alas, it was clear that Miley was back to her ol’ wrecking ball humping ways when she depicted Catholic priests indulging their carnal desires in her music video “Nothing Breaks Like A Heart.”

“She Is Coming” is part of a trilogy with the other two installments--”She Is Here” and “She Is Everything”--coming out later this year, so get ready to shield your virgin eyes and ears once again.