Progressive pastor Rev. Adam Eriksen and his Clackamas United Church have been generating some buzz around his community in Milwaukie, Oregon, according to a CNN report posted on Tuesday. On the marquee sign in front of the church, the pastor has posted messages that read “Harriet Tubman deserves to be on the $20. End white supremacy” and “Our transgender siblings have heartbeats” in response to the “heartbeat” abortion bills being passed across the country. In short, this is CNN’s type of Christian, quite distinct from those stuffy old God n’ morality types the network so disdains. 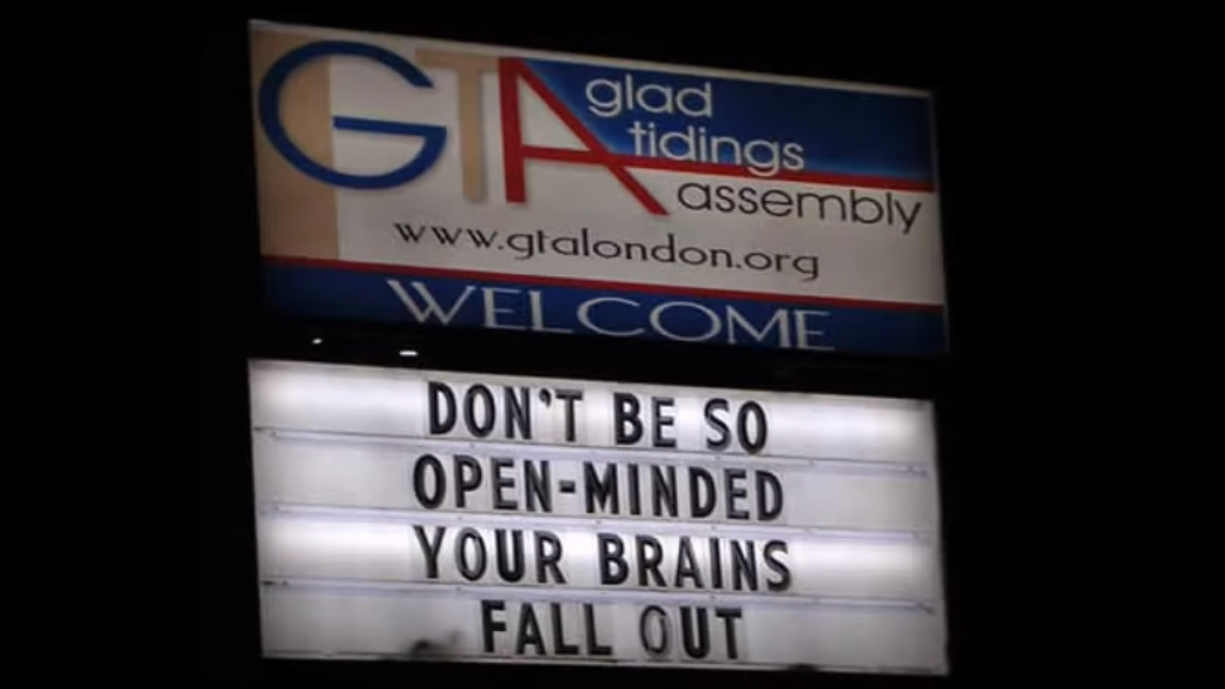 Like our very own vice president Mike Pence, who was called a Christian supremacist by CNN contributor Michael D’Antonio. D’Antonio criticized the vice president for putting “his religion above his politics”, saying “He would like to impose a religiously inspired politics on our country that means rolling back marriage equality, it means a ban on abortion, a whole host of policies that are religiously driven.” D’Antonio went on to declare that Pence’s “anti-gay” and “anti-marriage equality” views are “religiously inspired.”

This is far from the first time CNN has run this anti-Christian schtick. It’s been doing this for years. Back in 2012, the liberal panel on CNN’s Fareed Zakaria GPS openly ridiculed the Catholic Church’s stance on contraception. Members of this panel included The Washington Post’s Sally Quinn and The Daily Beast’s Andrew Sullivan. Quinn dismissed the ability of male celibate Catholic bishops to decide on the morality of women’s contraception. Sullivan ridiculed the Church for focusing on “such a trivial issue” as contraception and then went on to voice his concern that “the Church and the churches have become too politicized.” Jon Meacham, executive vice president of Random House Publishing Group, added on to Sullivan’s concern, warning against “explicitly religious” arguments about domestic policy.

Do Clackamas United’s forays into political sloganeering bother CNN? Not all. Quite the opposite, in fact. The article explicitly states that the local community’s reaction to the church’s sign “has been positive.” The article also suggests that the signs are responsible for the church’s attendance doubling from 30 to 60. This is a far cry from the way CNN treats conservative religious views. Back in February, CNN talk show host Fareed Zakaria lamented that conservative evangelicals in Latin America would “derail one of the great narratives of progress in the developing world."

The article doesn’t even make an attempt to ignore the political nature of Rev. Eriksen’s messages. It’s almost as if CNN has given up on trying to hide its hypocrisy. Part of the headline reads “This church turns heads with its political street signs.” Later on the article notes “Occasionally people [in the local community] do say the signs are a bit political, though. And that's the point.” Turns out, explicitly religious arguments are only an issue when they are inconvenient to the media’s narrative.