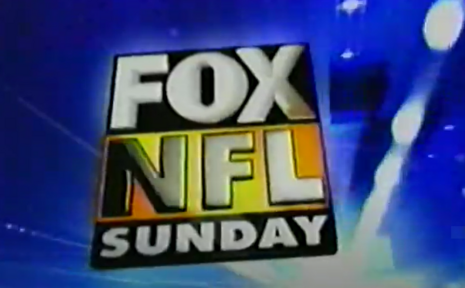 NAACP today stands for the National Association for the Advancement of Cancellation People. This month, the Association’s President and CEO Derrick Johnson demanded that the NFL cancel its relationship with Fox – calling it a hateful, divisive and racist organization – rather than renewing broadcast rights with the network.

Despite Johnson’s scalding March 9 letter, the NFL has reached a new agreement with Fox and other networks for broadcast rights. Mike Freeman detailed the furious letter in a story Thursday on USA Today Sports.

Freeman, who writes on race and inequality, lashed out at the NFL for not heeding the NAACP’s demand. “In the end, the NFL showed, money is the main driving force in football,” he wrote.

"It is immensely perturbing that the NFL would consider extending its relationship with Fox, especially after the January 6th insurrection on our Capitol. The NFL should not be used as a bargaining tool to help fund Fox News’ racist and dangerous programming.

"Fox News has gone far and beyond to disinform its viewers, inciting hate, bigotry, and ultimately threatening American democracy. We have grave concerns with the NFL’s contract renewal with Fox, and we look forward to having a serious conversation."

Johnson fears the network will use broadcasting revenue to help fund Fox News. He wrote to the NFL, “Notably, Fox News continues to inflame racial division and propagate an unstable political climate. … The NFL’s programming should not be used as a bargaining tool for Rupert Murdoch to help fund Fox News’ hatred, bigotry, lies and racism."

The attack on Fox as “a uniquely destructive force” continues with a call for cancellation. “Fox must not be permitted to exert unfair leverage to extort increased carriage fees for Fox News.”

Johnson left nothing unsaid with his utter contempt for Fox:

"We are all familiar with the depths of manipulation and polarizing tone Fox News is willing to espouse. It remains to be seen whether the NFL will act to safeguard its players and fans from further exploitation, by prohibiting the media conglomerate from unduly capitalizing on the largesse of its corporate affiliations, and utilizing the enrichment to destabilize our democracy."

The NAACP asked for meeting with NFL leaders to discuss alleged unscrupulous tactics employed by Fox to underwrite hate speech and the un-American attacks on people who stand for racial equity and justice. It wants to work the league to hold Fox accountable.