‘We Blew It’: Melissa McCarthy Apologizes for Giving to Pro-Life Christian Charity 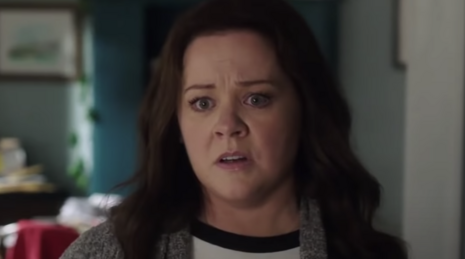 Good thing she got out in front of it.

Melissa McCarthy, the actress involved in half-baked comedies like Bridesmaids and Spy, recently took to Instagram to apologize for a mistake she and streaming platform HBO Max made by publicly supporting charity group Exodus Cry. The Christian charity group, which McCarthy donated to as part of her and the media company’s “20 Days for Kindness” campaign, has a history of “anti-abortion” and “anti-gay” comments.

During the social media video, which McCarthy made on Thursday, the actress claimed that she “blew it,” elaborating: “We made a mistake and we backed a charity that upon proper vetting, stands for everything that we do not.”

A day earlier, lefty outlet The Daily Beast reported that Exodus Cry’s founder Benjamin Nolot had referred to abortion as a “holocaust” and an “unspeakable offense to God.” Of course, both of those are true, but acknowledging them appeared to be an unspeakable offense to HBO Max and their actress.

In her video, the actress explained her “20 Days of Kindness” initiative as a “kindness hub” by which she and HBO would donate $20,000 to a different charity each day over a twenty day period of time as part of a promo for her new film Superintelligence. She acknowledged that in their attempt “to shed light on 20 great charities,” they gave to one that didn’t match her values.

She added that they “pulled” their support for Exodus Cry and thanked concerned fans for pointing out the actress and the platform’s thoughtcrimes. “We are so incredibly grateful for you ringing the bell and for helping us be better. Sorry for our mistake. Oh boy, are we sorry about it,” she grovelled.

HBO Max provided their own statement about Exodus Cry on November 12 as well. The streaming platform claimed, “We were made aware of the issues surrounding Exodus Cry and have removed them from the list of partners associated with the 20 Days of kindness campaign.”

According to The Daily Mail, the media platform has yet to find a replacement for Exodus Cry on their “20 Days of Kindness” list of charities. Sadly, Christian non-profits getting the shaft from mainstream groups is becoming the norm these days. Remember when Chick-Fil-A turned on The Salvation Army?