Netflix, the far-left’s cultural enrichment center, has decided to provide a grotesque riff on the life of Jesus Christ for the sake of “comedy.” Partnered with Brazilian producers, the streaming giant produced a comedy film about a homosexual Jesus going home for the holidays and introducing the rest of the Holy Family to his new boyfriend. 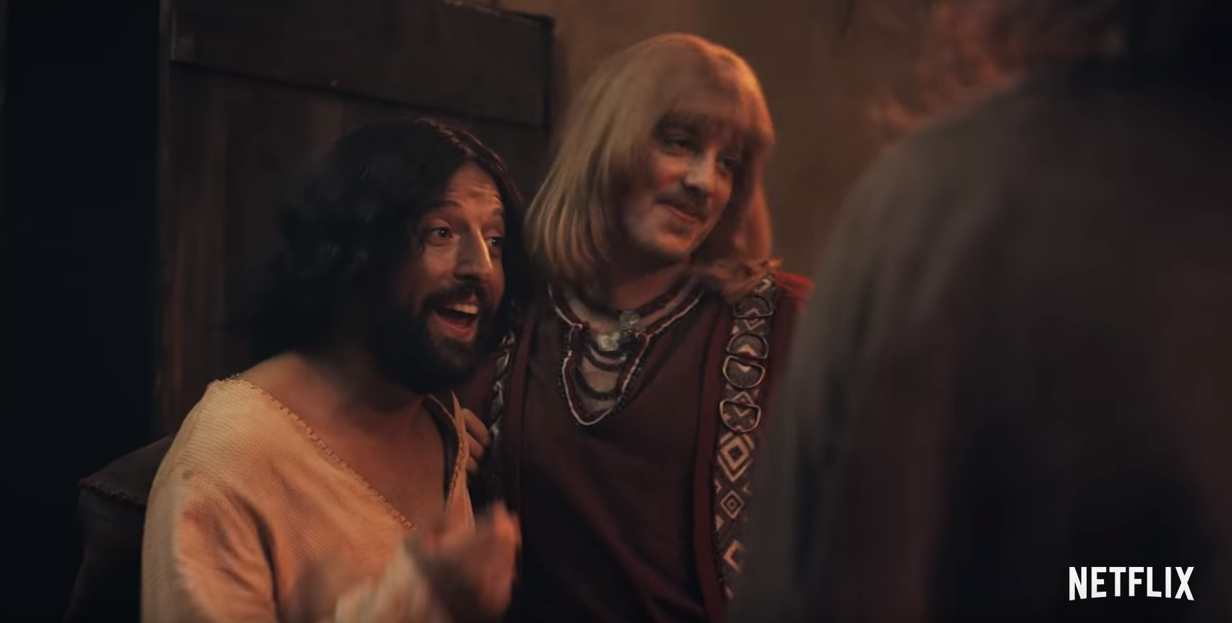 Called A Premeira Tentacao de Cristo, or The First Temptation of Christ, the Brazilian-produced Netflix holiday movie has already created a major stink in Brazil, where reportedly 1 million folks have signed a petition condemning the garbage.

It’s not hard to see why. The concept itself is reprehensible enough as Jesus Christ represents moral perfection and spiritual purity. The trailer is infuriating as it presents Jesus coming home for his 30th birthday (Christmas of course) with his boyfriend in tow. The family hijinks ensue as both Mary, Joseph and his friends slowly realize that Jesus Christ’s holiday guest knows the Savior on a more intimate level. You can see the Virgin Mary raise her eyebrows as she slowly figures out what’s going on.

What’s more hilarious than the Son of God coming out to his family?

PinkNews reported on the “great anger and furious vengeance” of Christian conservatives after the film dropped on Netflix, claiming that “Almost a million people in the predominantly Catholic country have signed a petition against the parody gay Jesus Netflix film.”

Many of the petitioners slammed the film’s Brazilian creators Porta dos Fundos — or “backdoor” in Portuguese (yes it writes itself) — as “demons” and “heretics” for their work. They are not new to the religious mockery game either. The group of five producers from Rio de Janeiro produced a Netflix film last Christmas called the The Last Hangover.

Another gross, immoral lampoon of a New Testament story, The Last Hangover parodies Todd Philips’ American comedy film by portraying the Apostles waking up hungover the “morning after the Last Supper… wondering where their Messiah is.” Sounds disgusting too. Brazilian historian Murilo Cleto trashed it, claiming, “Last year’s Christmas special, Jesus was portrayed as a sadistic, homicidal, hedonistic drunkard who hated to pray and no one bothered.”

Cleto slammed the Gay Jesus film as well, saying, “Now that he’s harmless and gay, the world has fallen. It’s atrophying the brain.” Of course pro-LGBTQ outlet PinkNews reported the story of the petition as just another regressive knife in the back of the LGBTQ community in a Brazil gone rogue, AKA governed by conservative Jair Bolsonaro.

The UK-based outlet lamented, “This year has need a number of attempts by self-professed homophobe and Brazilian president Jair Bolsonaro, including censorship of LGBT+ films and even an illustrated same-sex kiss in a comic book.” And really, if LGBTQ are going to be this gross and subversive, is it any wonder that there’s some pushback for them?