Maybe GLAAD, Hollywood’s gay lobby, can find some satisfaction in the fact that through all their grandstanding, more gay representation has found its way into the film industry. Turns out, 2018 was one of the best years in the history of gay representation in movies, but as we all have come to expect, GLAAD’s never one to shut up. Yes, there was ample gay visibility, but what about transgender visibility? 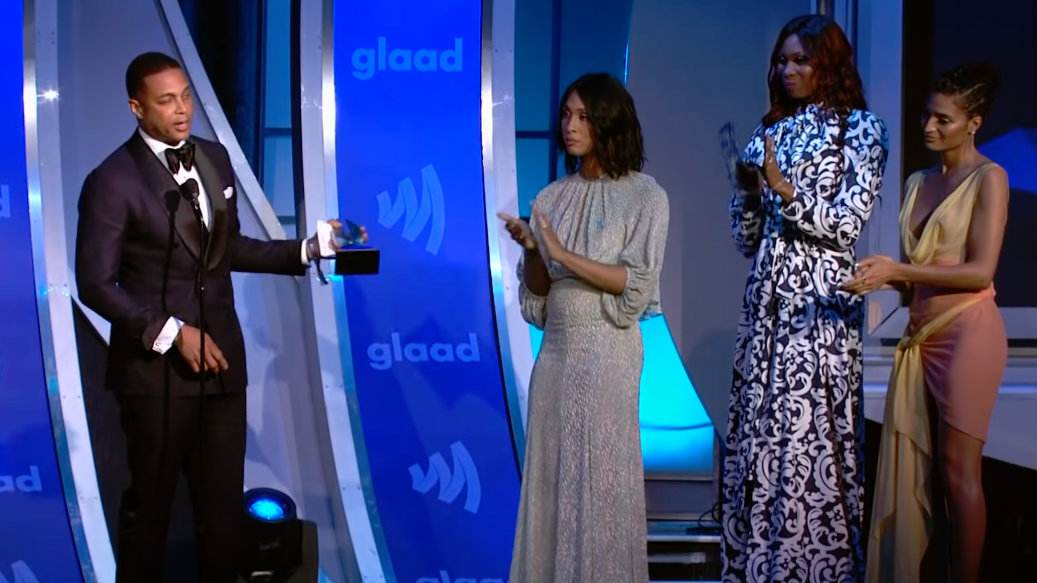 Entertainment Weekly published the story claiming that GLAAD’s “latest Hollywood report card” gives the industry some mostly good marks, but there are still areas showing serious LGBTQ representation deficiency. The list “found a substantial increase in representation since 2017, but there are a lot of asterisks that come with the data.” Oh no, not asterisks! Let the complaints roll out.

According to GLAAD’s super duper official “Studio Responsibility Index,” the organization found “that 18.2 percent of the 110 films distributed by major studios last year featured LGBTQ characters.” That’s 20 of the 110 major studio films produced in 2018, and also the second highest percentage of gay characters in movies “since GLAAD started conducting the study seven years ago.” It also marks a 6 percent bump up from 2017, the worst year on GLAAD’s report card, which had “only” 12.8 percent representation, or “14 out 109 films.”

GLAAD President and CEO Sarah Kate Ellis recognized the accomplishment, saying that studios are “finally addressing the calls from LGBTQ people and allies around the world who want to see more diversity in films.” Yeah, she should be happy. Considering that roughly only 4% of the population is gay, she should be more than happy with how over represented LGBTQ chracters are in film.

But — and there’s a big BUT — in terms of transgender and racial minority representation, and gays being injected into “family friendly” material, 2018 gets a big fat F form GLAAD.

EW wrote that “none of these 110 films released in 2018 featured a single transgender character.” Shamefully, films only portrayed gay, lesbian, and bisexual characters and left our non-binary brethren out in the dust. GLAAD also found that “forty-two percent of LGBTQ characters were people of color (19 characters out of 45), and 58 percent (26 characters) were white.” Alright, it’s almost half, what’s so egregious? Well its a 15% drop from 2017’s numbers.

Also, around half of all onscreen LGBTQ characters for 2018 “received under three minutes of screen time.” Know that systematic oppression and all its glorious terror is upon us.

It’s just all the more evidence that GLAAD manufactures outrage as the fuel it needs to perversely sexualize everything straight or traditional in our society. The injustice won’t be rectified until we’re gone, or at least completely rehabilitated.