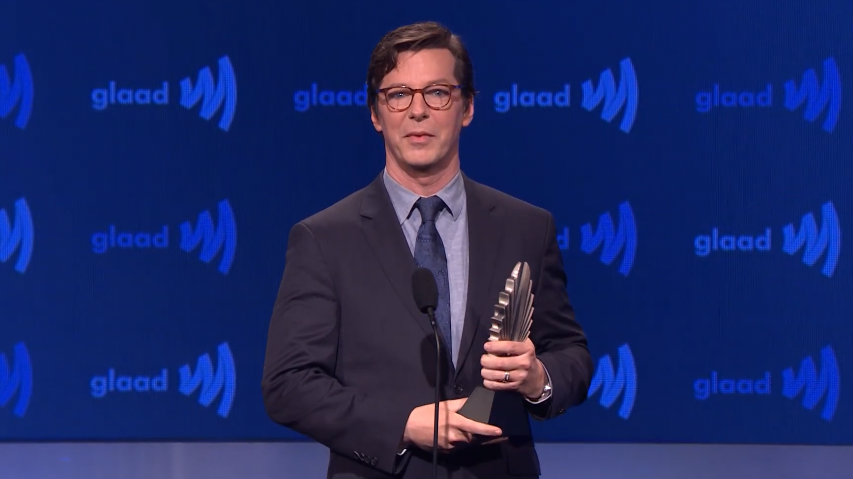 The 30th GLAAD Media Awards premiered Thursday night and per usual it was a celebration of all things gay in Hollywood and a skewering of the usual suspects, like Vice President Mike Pence. Still, there was one bit you might not expect to see at an openly gay awards show, with actor Sean Hayes slamming hoaxer Jussie Smollett.

Shade was thrown, as they say. As Will & Grace star Sean Hayes stepped up to receive the Stephen F. Kolzak award — the annual honor for the celebrity who has done the most to combat homophobia within the last year — he let fly with some comedic improv that at first was very safe, and very predictable, but became a little more risque as he attacked a member of his own community.

Hayes, used his acceptance speech to of course thank all queer people, and then talk trash about Mike Pence with some unimaginative “he’s probably a repressed gay, himself” shtick (the GLAAD Media Awards being either Pence’s “worst nightmare,” or perhaps, his “dream come true.” “We will never know.”) Now that’s cutting edge. Making fun of American leaders as gay men is a staple of Hayes’ work. No one could forget his super campy rendition of our flamboyant 16th president, “Gaybraham Lincoln.”

Having gotten his vanilla, crowd-pleasing material out of the way, the sitcom star decided to poke fun at a slightly more taboo subject, the black, gay boy-who-cried-MAGA Jussie Smollett. It was a decently clever joke, but apparently it wasn’t a hit with the audience. In fact it may have been a slight buzzkill. Poking fun at his pre-awards show fitness routine, Hayes quipped, “I’ve been getting in shape for tonight with the Jussie Smollett workout. You hire two trainers and sweat for 8 weeks.”

Well there’s at least a taste of justice for Jussie Smollett. However Deadline reported that the dig was not really a hit with the GLAAD audience. “The Pence joke got a great amount of laughs while the Smollett joke got a mixed reaction.” Well that’s a shame. The Smollett jab was probably one of the better Hollywood jokes we’ve heard in awhile.