Outraged about the hundreds of people blown to shreds as they were (in Dem PR-speak) Easter worshipping in Sri Lanka? You might be a member of the “far-right.” 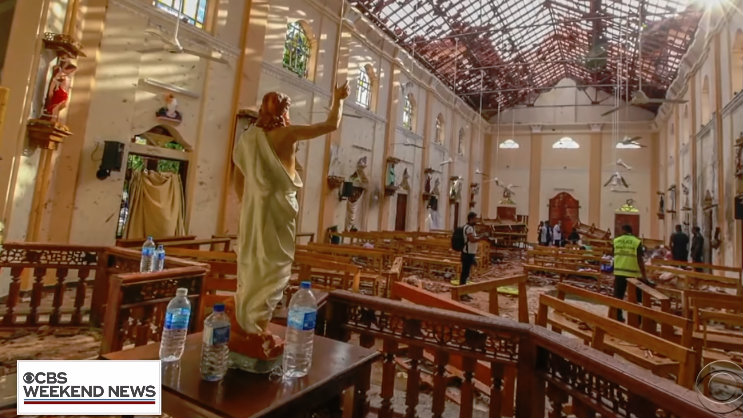 So say the Washington Post’s Adam Taylor and Rick Noack. The pair sought to delegitimize anger at the Islamist barbarism by citing reactions from “far-right” figures in Europe and the U.S. The charming title of their piece: “Christianity under attack? Sri Lanka church bombings stoke far-right anger in the West.” (Taylor, by the way, was apparently scandalized that President Trump got the Sri Lankan president and prime minister mixed up in a tweet about the attacks. But Trump’s confusion is far preferable to Taylor’s malice.)

The article pointed to French “National Rally” leader Marine Le Pen’s Monday tweet, which said, “My thoughts are once again with the persecuted Christians around the world.” Le Pen then added that the victims were “targeted for their faith.” How dare she?

Regional branches and sites associated with Germany’s far-right Alternative for Germany (AfD) party framed the Sri Lankan bloodshed as an attack “against us Christians,” even though the party officially claims to be open to members of all religions, including Jews and Muslims.

Wow, you got ‘em there, guys! The AfD had the effrontery to suggest the media engages in “hypocrisy and double standards, arguing that attacks on Christians failed to receive the same response as attacks on Muslims.” Yeah, and even a broken Bavarian cuckoo clock is right twice a day.

Oh, and it’s not okay to find the Obama-Clinton-Castro “Easter worshippers” formulation weird, because British right-wing provocateur Katie Hopkins commented on it. Never mind that “EasterWorshippers” was a trending Twitter topic, The Post pointed to social media accounts “associated with supporters of far-right groups” as having the opinion “that shooting sprees at two mosques in New Zealand were condemned as anti-Muslim attacks early on, whereas governments and media outlets were more cautious in the case of Sri Lanka.”

“The theme of Christianity under attack has been a recurring one for many activists in the United States and Europe.” But Taylor and Noack want us to remember that “analysts say that the vast majority of terrorism victims globally are Muslims.” Not coincidentally, the vast majority of terrorist perpetrators globally are also Muslims. Regardless, the Post can’t wish away the fact that Christians are the most persecuted religious group in the world.

But keep that to yourself, unless you want to be known as a far-right crazy.