Another Christian Under Threat from Muslim Mobs, Another Network Blackout 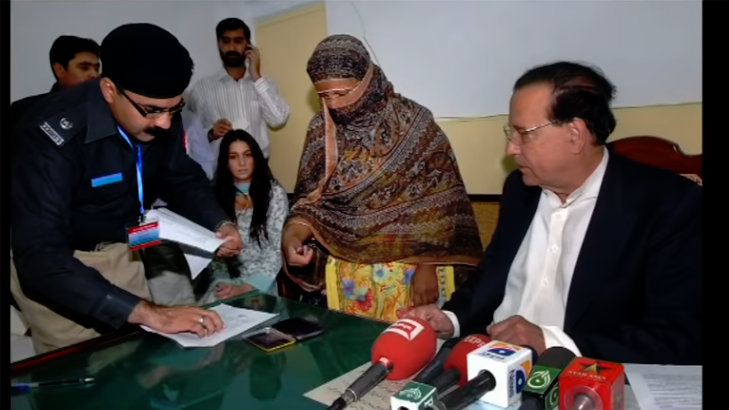 A major international incident has been boiling over in the Middle East during the last couple of weeks, yet American news viewers might not have heard about it. After years in a Pakistani prison, Asia Bibi, a Christian woman recently acquitted of charges of blasphemy against Islam, has so far been denied the ability to leave the country for her own safety, as the government fears civil unrest from extremists who have been protesting her acquittal. ABC, CBS and NBC have networks have failed to report the situation.

On Monday, The Wall Street Journal reported the most recent developments on this potential international powderkeg. The outlet stated that Bibbi has been “fearful of staying in Pakistan but so far unable to leave amid government concerns that her departure would set off new protests by religious hardliners.”

Protests have already broken out this month since the announcement of Bibi’s acquittal, however they slowed down after the government promised not to interfere with a “legal challenge to the court’s decision.” Unfortunately for Bibbi, the government has also “promised that legal efforts would be made to stop her leaving the country while the court considers the challenge.”

For Asia Bibi, the situation is dire. The longer she remains in the country, the greater danger she faces from the religious mob who wants her execution. Pakistani officials stated, “Officially and legally she is free… But she is under severe threat from extremists.” Saroop Ijaz, legal advisor for Human Rights Watch claimed, “The government has a responsibility to protect her. However that does not mean a continued detention.”

Several western nations have expressed their desire to provide asylum to Bibbi and her family, including Italy and France, however Pakistani government officials have warned that her immediate departure could cause outrage, especially so close to an upcoming holiday for the prophet Muhammad, a time “when passions run high.”

Regardless of how the Pakistani government deals with the situation, the fact that this story about the plight of a persecuted Christian woman has come under international auspices, but not those of major American networks ABC, NBC, and CBS is cause for concern.

Nowadays, the American media is constantly reporting of the plight of the world’s Muslims, whether it’s on their persecution by U.S. policies such as the Trump travel ban and the dismantling of the Iran Nuclear Deal, or the aggressive stance of the Israeli regime. Yet major networks often gloss over the plight of Christians and other western sympathizers in the Middle East.

For example they often decline to mention Christian genocide, but devote large chunks of time to lamenting the deaths of Palestinians “protestors” who (despite warnings) attacked the Israeli border. They also rarely mention cruel Islamic customs, like militant homophobia or genital mutilation, but follow the Catholic Church’s every move when it comes to its sex scandals. They’ve also recently ignored the killings of Christians by Muslim herdsmen in northern Africa, yet rarely have forgotten to attribute that kind of barbarism to American white supremacists.

Whether it’s outright bias, or just an accident, the networks really shouldn’t be ignoring a story like Bibi’s. The liberal media is always going on about how sad it is when victims are silenced, so what gives as far as this one?