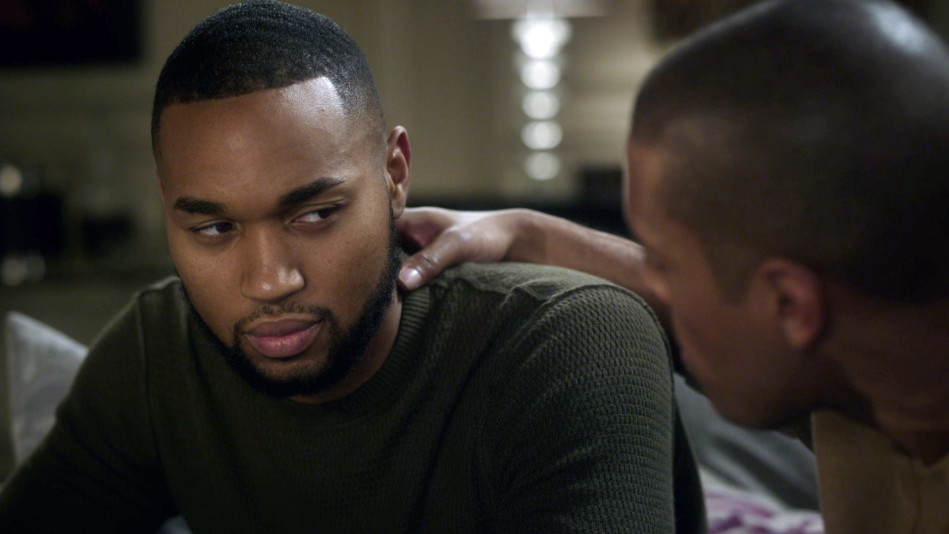 Oprah’s OWN Network premiered the latest season of its mega-church drama Greenleaf, which centers around Calvary World Ministries and the Greenleaf family who runs it, on Tuesday, August 15. The show picked back up where it left off…with a newly-divorced Christian father struggling with his gay desires.

On Tuesday, the show opened with Kevin in bed with Aaron while he hears his infant son crying on a baby monitor. Kevin appears to be upset over falling to temptation after fighting hard against his urges with the help of a gay conversion program at Calvary called Fortitude Families.

It’s not long before Kevin storms in on a Fortitude Families meeting to vent his anger and frustration:

Kevin: I screwed up.

Sidney: Be right back. Everything okay?

Kevin: No. No. It doesn't work. This whole thing is a lie.

Sidney: It's not about being perfect, okay? It's about keeping working and trying until something clicks here.

Kevin: This is all pointless. People need to figure out who they are. All of y'all are lying to yourself!

Sidney: Can we talk outside?

Kevin: No, I'm not going nowhere with you! I'm driving myself crazy trying to do what you say is right.

Sidney: Kevin, you have to do the work.

Kevin: You're a liar.

Suddenly, instead of Kevin voluntarily wanting to change because of his faith, he's now blaming the group leader for driving him crazy? And this was never about the group leader or anyone other than God, telling His followers what is right in His Word.

The question is, will the show use this storyline to show that Kevin truly wants to continue fighting his urges and is only angry because he failed, and that maybe he will try again once he calms down?

Or will they make Kevin to be the hero against those horrible conversion therapy groups that try so hard to help Christians make their own choices based on their faith rather than their flesh? (So awful of these groups to help such people despite the many success stories, right? God forbid people seek to live as they feel called to by their faith and voluntarily seek out the support of such groups to suppress urges they’d rather not have.)

Seeing that this is liberal Hollywood, and the Oprah Network at that, my money is on the former. Especially since Charity finds a letter Kevin left behind before leaving the house to confront the group and she seems extremely concerned. My guess is that the show will paint Kevin as suicidal in a future episode. Not because of his inner struggle between his faith and his desires, though, but because of Fortitude Families and intolerant Christians.

All the blame must lie with those who are trying to help Christians live out their faith. Because, of course.