New Magic School Bus to Kids: Use Clean Energy or Monsters Will Eat You 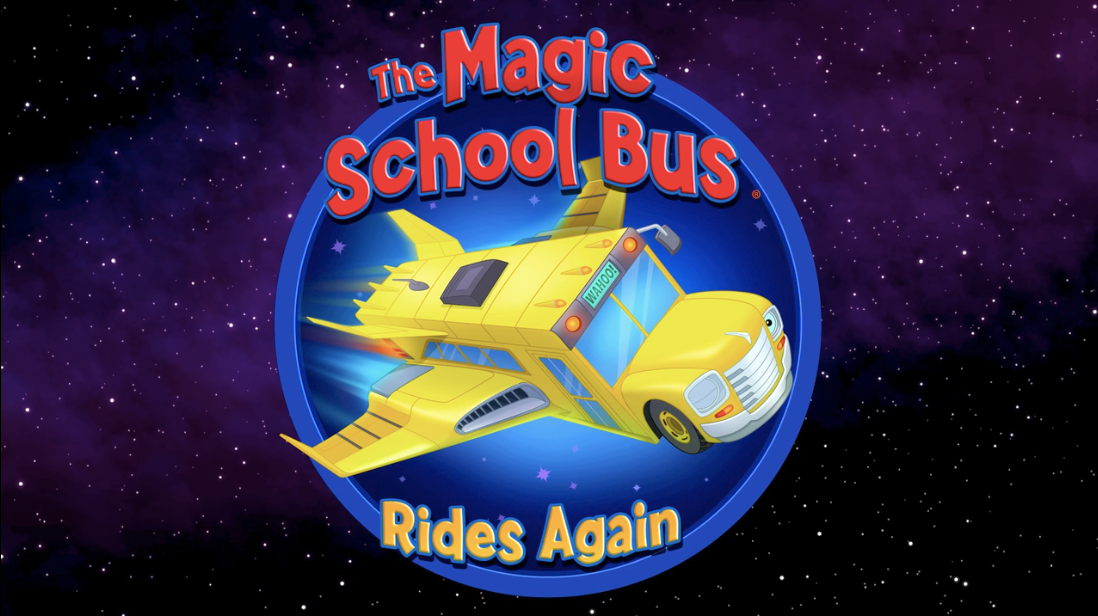 The Magic School Bus is back in the new Netflix series The Magic School Bus Rides Again!  Overall, it's still a nice, fun 13-episode series like we remember from when we were kids, but with some left turns. There is a pretty predictable take on climate change propaganda for little kids, but that wasn't the worst. That dubious honor goes to the episode that teaches kids that a monster will eat them if they don't use alternative clean energy sources.

In the show, Miss Frizzle takes her class on educational field trips with the help of a magical school bus that allow them to learn about things like magnets, allergies, and states of matter. In the original series, the kids were taught by Miss Valerie Felicity Frizzle (Lily Tomlin), who is now Professor Frizzle. She hands the charge of her classroom over to her sister, Miss Fiona Frizzle (voiced by Saturday Night Live's Kate McKinnon).

Most of the episodes are innocuous enough. The kids have a scientific question of some kind in the classroom, and Miss Frizzle takes them to the Magic School Bus where an incredible field trip helps them to understand. This might be a trip to discover how different animals blend into their surroundings to hide from predators, how the brain coordinates different parts of the body, or what lies deep under the sea.

But episode 10, "The Tales Glaciers Tell," is the first of two questionable episodes. Miss Frizzle's student Dorothy Ann (also known as D.A.) has been asked to join her storyteller parents in telling a story of her own for a crowd. However, she's more into data than storytelling, so the kids take a trip to a glacier, allowing her to tell the story of - you guessed it - climate change, which is met with a standing ovation by the audience.

Really? This is what kids are getting excited about? I doubt it.

Of course, conserving energy is a good thing and we should be kind to the earth, but this climate change hysteria is taking over. Usually, somebody will say that 97 percent of climate scientists agree that humans are causing global warming, and I was surprised that figure didn't come up in this episode. Could it be that they know how easily debunked that number is? Given the way Dorothy Ann presented man-made climate change as fact, I doubt it.

This issue tends to play incredibly well in the mainstream media, as they use climate change as the universal bad-guy, so I'm sure there were plenty of parents who actually thought this episode was a good idea. I find it hard to believe any parents were happy about this next one, though.

Episode 12, "Monster Power," teaches kids that a monster will eat them if they don't use alternative clean energy sources. Albert, one of the students, has seen a movie in which the evil monster loves pollution and is "coming for us next for what we've done to this planet!" With the class camping in the woods, Miss Frizzle and the other students help him come up with clean energy alternatives (wind, water, etc) so they won't be eaten. Instead, Miss Frizzle could tell him that monsters aren't real, but I guess that didn't occur to her.

While it makes sense to teach kids the science of pollution and about all kinds of energy (I wouldn't have minded some talk about oil in the dinosaur episode, to be honest), why would they tell kids that a monster will eat them for using the wrong energy source? I may not have the teaching credentials of Miss Frizzle, but I'm pretty sure that's not scientifically accurate. They must really hate fossil fuels as much as their friends on the left. Keeping in mind that the TV-Y rating for this series means it's for kids 2-6, I'm sure there are going to be some parents pretty irked at bedtime when kids are scared of the blot monster.

Overall, this is a cute series and fun bit of nostalgia for those of us who enjoyed the original books (or TV series) as kids, but I could have done without the climate change propaganda, and telling kids that traditional energy sources attract monsters is way over the top. Can't kids just learn without an anti-scientific social agenda?