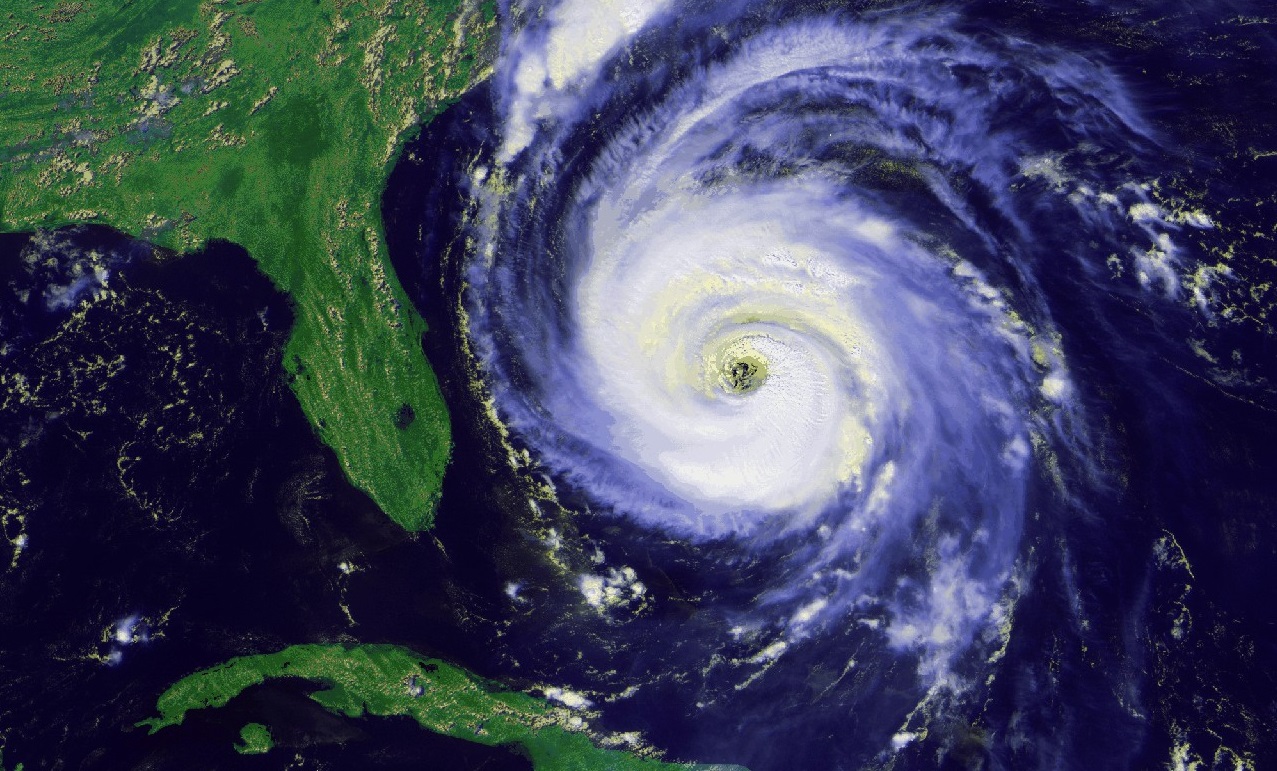 The number of Americans who see a connection between manmade climate change and hurricanes grew dramatically in the past 12 years.

“More than half of Americans now see climate change as responsible for the severity of recent hurricanes – an about-face from 12 years ago,” a Sept. 28, ABC News/Washington Post poll found. Of course, ABC News and The Post didn’t point out how they helped move the needle.

With the broadcast networks, other liberal media and people including Apocalypse Al Gore, aggressively pushed claims of a link between climate change and “extreme” weather during those years.

The poll showed that 55 percent of Americans attribute the severity of recent hurricanes to “climate change,” compared to just 25 percent on Sept. 7, 2005, nine days after Hurricane Katrina made landfall. 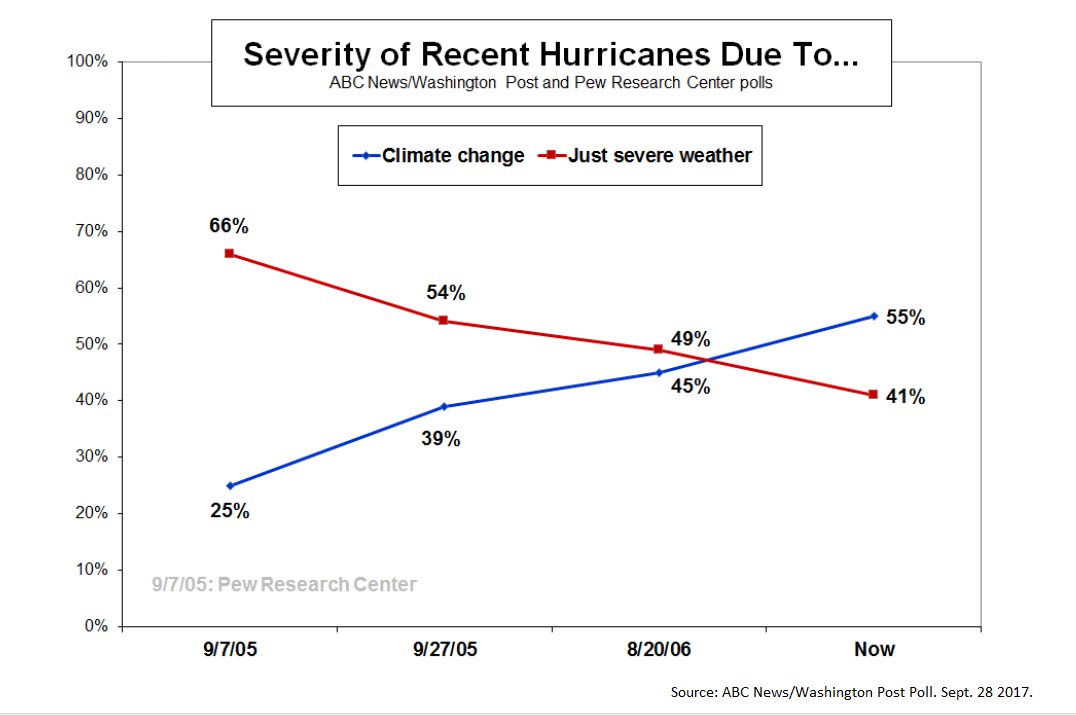 Those opinions changed over a time span which included two fearmongering films from former Vice President Gore. An Inconvenient Truth in 2006 and An Inconvenient Sequel in 2017. Both films contained multiple inaccuracies, including the suggestion that global warming caused Hurricane Katrina.

“Brand new evidence is causing some scientists to assert that global warming is even leading to an increased frequency of hurricanes,” Gore also claimed in his 2006 book, also titled An Inconvenient Truth.

Those claims are contrary to a statement from the National Oceanic and Atmospheric Administration (NOAA) that “[i]t premature to conclude that human activities–and particularly greenhouse gas emissions that cause global warming–have already had a detectable impact on Atlantic hurricane or global tropical cyclone activity.” NOAA issues hurricane forecasts and monitors the storms.

Also, in spite of Gore’s warnings the United States experienced a 12 year hurricane drought from October 2005 to August 2017, in which no hurricanes larger than a Category 2 made landfall.

Broadcast network coverage of “extreme weather” in morning and evening news stories also increased by nearly 1,000 percent in the years following Gore’s film: An Inconvenient Truth — showing his influence upon the liberal media.

Following 2017 Hurricanes Harvey and Irma, both ABC’s Good Morning America and the Post linked the hurricanes to climate change.

Also on Sept. 11, the Post published a story highlighting “... four underappreciated ways that climate change could make hurricanes even worse.”Four days later, the Post claimed recovery in the everglades after Hurricane Irma “could be a different matter” than in the past, “[t]hanks to climate change.”