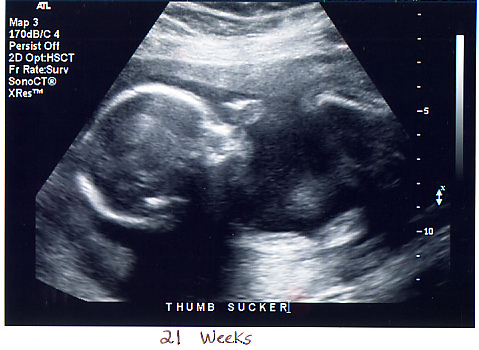 The New York Times ran an op-ed on February 26 with the provocative title “I Didn’t Kill My Baby.” However, the reader quickly learns that, although the contention in the title is correct, there’s no reason for it to be asserted other than to muddy the waters between abortion and an infant dying of natural causes, which are two completely different things morally, ethically, and legally.

The author of the op-ed is Dr. Jen Gunter, a former late term abortionist, who details the premature birth of one of her triplets at 22 ½ weeks. Her son, named Aidan, died within minutes. Although the traumatic experience of losing her son at that young age rendered her unable to continue practicing as an OBGYN, she remains a staunch pro-abortion activist.

In recounting the story of the birth and death of Aidan, Gunter is quick to defend herself from a charge no one would ever make of her as a mother: “If you are going to accuse me of executing my child, then you need to know exactly what happened.” “According to the president, we are executioners,” she says, adding that President Trump “implied that women like me executed our babies after birth” at the State of the Union and then “repeated that same lie on Twitter after the nonsensical Born-Alive Abortion Survivors Act failed.” This is simply false.

The article tries to tie her tragic experience to the current debate over the Born-Alive Act. The glaringly obvious flaw in this argument is that the law is specific to abortion but Gunter did not have an abortion – her water broke too early and Aidan was born without any medical inducement or intervention.

Instead of addressing this fact, Gunter claims, “It is unclear how this bill might affect situations where parents decline, for medically appropriate reasons, to have their newborns resuscitated.” Later, she again asserts, “It's unclear if the bill the Senate was considering would have affected me at 22 1/2 weeks. But whether an extremely premature delivery at the cusp of viability or an abortion, it's a situation that the government shouldn't insert itself into.”

Actually, the act is very clear, it pertains to only to abortion so it would not have affected her. You cannot just gloss over the difference between “an extremely premature delivery at the cusp of viability or an abortion,” it is an extremely important distinction, both legally and morally.

Abortion is defined in the text of the law:

The term ‘abortion’ means the use or prescription of any instrument, medicine, drug, or any other substance or device—

“(A) to intentionally kill the unborn child of a woman known to be pregnant; or

“(B) to intentionally terminate the pregnancy of a woman known to be pregnant, with an intention other than—

“(i) after viability, to produce a live birth and preserve the life and health of the child born alive; or

Gunter asserts, “I am uniquely positioned to say this bill is medically unnecessary and nothing more than a way to warp the reality of perinatal mortality (stillbirth or death within the first week of life) to create confusion about abortion.” In fact, she is “uniquely positioned” as both an abortionist and mother to create confusion by attempting to blend the two and make them interchangeable, practically and morally, within her piece.

Going back and forth between the doctor/patient role is an effective way of warping reality and creating confusion between the two and which one this bill is targeting. She does this when she says, “my reality — has been twisted by Mr. Trump and pundits to sound as if doctors like me and parents like me are smothering full-term babies at birth or injecting them with dirty needles to kill them (filled with what I have no idea).”

Furthermore, after a failed abortion, the abortionist is required to “exercise the same degree of professional skill, care, and diligence to preserve the life and health of the child as a reasonably diligent and conscientious health care practitioner would render to any other child born alive at the same gestational age.” This does not change the standard of care for other premature babies born naturally, it simply ensures that the exact same level of care is given to premature babies born during an abortion. This law is meant to protect healthy babies who would survive if given the same medical care as any other “wanted” baby born at that age.

Gunter is trying to lump parents in with abortionists, acting as though both doctor and mother are being threatened with prosecution. But the law explicitly states that there are consequences for abortionists, while mothers are exempt.

She similarly tries to blur the line between abortion and delivery several times, saying:

My heart goes out to Gunter, she lost a child. Her pain and suffering is real, but her pain and suffering have nothing to do with abortion or this bill. The premature birth of a child should not be equated with actively stopping a beating heart in the womb. Abortion activists are trying to conflate abortion, the purposeful killing of a baby inside the womb, with palliative care for a dying child. One gives a born child medication to ease any pain and suffering as they die naturally, the other gives a child medication to stop its heart and cause an unnatural death before it is yanked from the womb.

The abortionist asserts, “No one is executing children at birth. Doctors are providing standard medical care.” If this is true, what’s the problem with the bill?

Was Dr. Kermit Gosnell “providing standard medical care” when he snipped the spinal cords of babies born alive during his abortion attempts? This quote from the Grand Jury report sure sounds like execution to me: “he regularly and illegally delivered live, viable, babies in the third trimester of pregnancy — and then murdered these newborns by severing their spinal cords with scissors.”

Gunter's op-ed attacks strawman after strawman and, while we should have sympathy for her loss, her situation is simply not applicable to the current debate in the way she implies. She didn't kill her baby and she didn't need to tell us that.