A former abortion worker is sharing her testimony, from storing aborted babies in milk jugs to learning to sleep in the dark again, in order to tell others like her: “get out.” Her story focuses on one of the most-underreported major crimes in years.

In Washington, D.C. for the March for Life, former abortion worker Adrienne Moton spoke with MRC Culture during a Jan. 18 press conference with And Then There Were None (ATTWN). Led by former Planned Parenthood director Abby Johnson, the nonprofit helps clinic workers leave the abortion industry. While Moton didn’t work at Planned Parenthood, her place of employment is known by many in the pro-life movement as the “house of horrors,” or, the clinic of Philadelphia abortionist Kermit Gosnell.

For her part, Moton served two-and-a-half years in prison and three years probation after working under Gosnell. According to a local NBC affiliate, Assistant District Attorney Joanne Pescatore “told the court Moton understood what she was doing at the clinic was wrong, unlike other clinic employees.” 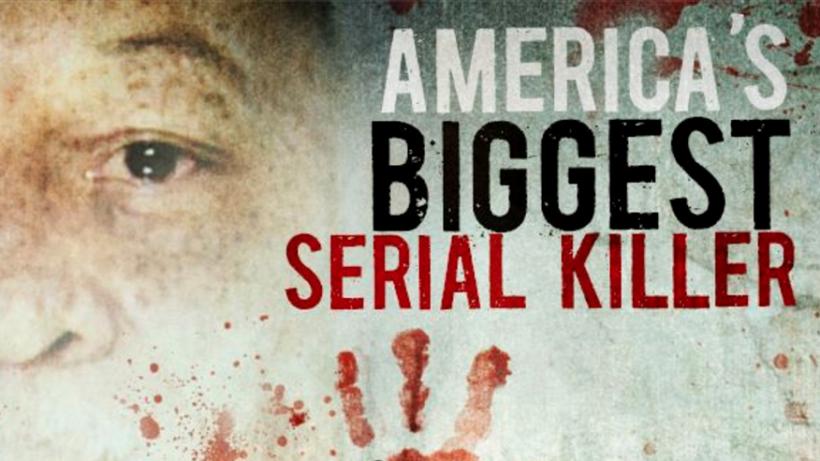 Among other things, Gosnell was convicted May 2013 of first-degree murder of three babies (while the Grand Jury report, The Hollywood Reporter has noted, “alleges Gosnell killed hundreds of infants by sticking scissors into their necks”). But the trial, in which witnesses like Moton described baby abortion survivors “swimming" in toilets “to get out,” attracted a mere 12 – 15 reporters. Only after 56 days, with pressure from both politicians and the public, did the all three broadcast networks report on Gosnell.

Because of the lack of media coverage, filmmaker husband-and-wife team Phelim McAleer and Ann McElhinney created a movie – and wrote a book – of the case.

At the Family Research Council’s Jan. 19 ProLifeCon, Abby Johnson told the audience that Moton was an answered prayer. When Johnson first heard of Gosnell’s “unspeakable crimes,” she wrote “every person that had been on trial and was in prison for the crimes that they were involved with in Gosnell’s clinic.”

That’s because, Johnson said, she was “appalled” by some pro-lifers who wished that those involved would die or “go to hell.” Instead, she prayed that, one day, she would “be able to speak to one of them, to let them know that what was being said of them was not indicative of the entire pro-life movement.”

Three years later, her phone rang. It was Moton.

Moton shared her story with MRC Culture. When she first began at Gosnell’s clinic, she intended to “just volunteer.” She had recently left her husband and needed “income, to make a couple of dollars.” Video below.

But she stayed, she said, and “next thing I know, it’s [been] three years.”

Before helping with abortions, she was first “trained on doing the instruments,” like ultrasounds, and even “started going to school for it.” She felt she “owed” Gosnell while working under him – she had grown close to the Gosnell family after meeting his niece in high school.

“They helped me through high school, my prom, when my daughter was born, everything,” she stressed. “They’ve been there for me. I just felt like I owed them.”

Furthermore, she said, Gosnell “taught her everything,” even though she “wasn’t licensed.”

“We were a great team,” she recalled. “I became his ace, as they say, ‘right-hand man,’ and made sure everything was set up correctly.”

She also detailed some of the bizarre practices at Gosnell’s clinic. Aborted babies, she said, were stored in “gallon-milk cartons where we had to, we had to cut the top of it, of course, to make the hole big enough.”

“There were milk, the gallon milk jugs,” she continued. “That’s what we stored [them in], and we had to put them in the freezer for the biohazard people to come.” 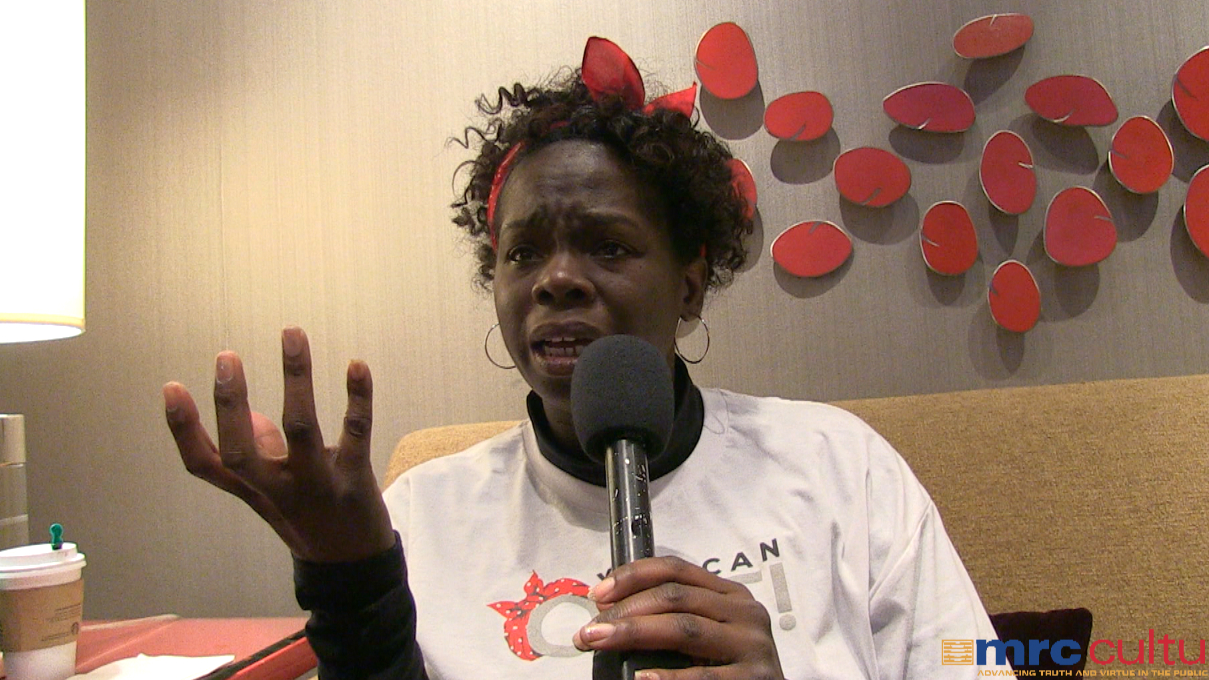 After experiencing that, she left his clinic in 2008, because she started feeling a “heaviness” or feeling “that I just had to get of there.”

“I came to a point where I knew this is not the place for me,” she urged. “What I was doing was totally wrong, and it took a toll on me physically.”

Then, from January 2011 to May 2013, she served time in prison for her work with Gosnell. When she later turned to a ministry for help, they handed her Johnson’s number. From there, she joined And Then There Were None.

According to Moton, helping with abortions “didn’t bother” her at the start.

“I’ve had two abortions of my own,” she revealed. “So I understood what the ladies were going through. I’ve been in their shoes. So my thing was I have to support them.”

But then, she said, she “became numb with all the craziness that was going on.” She added, “And it was ‘normal.’ It was normal.”

To those still working in abortion clinics, Moton advised “get out.”

Staying in the abortion industry comes with consequences, she said.

“I had to learn how to sleep in the dark again,” she admitted. “It takes a toll on you mentally. And people that work in these clinics, they really can’t talk to nobody. They just feel as though they’re going to get judged and everything.”

For Americans who want to help abortion workers leave the industry, Moton stressed that “what you say to a person” and even a smile can make all the difference. Training is also important. 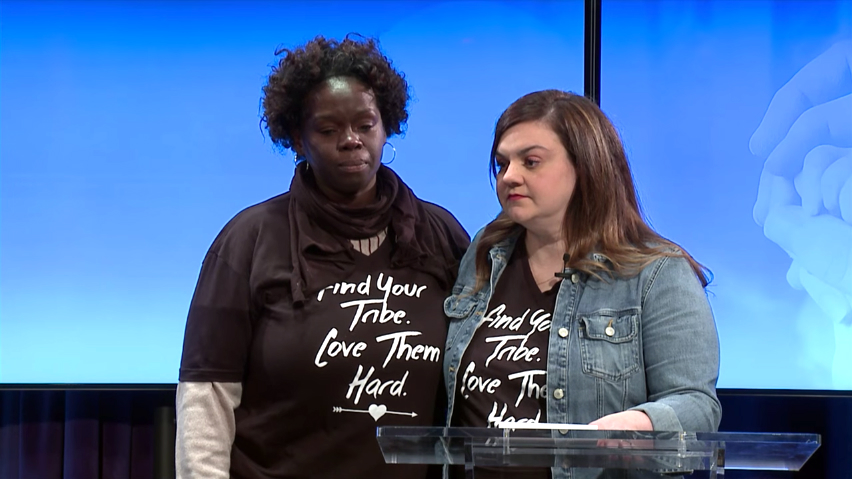 “It’s funny because there’s a Planned Parenthood in my neighborhood. And I always wonder ‘What can I do to get their attention?’” she said. “But I will not do it yet because I’m not trained.” She hoped that, later, she will “be trained to do stuff like that.”

Workers also find difficulty leaving because of their finances: “People got bills, people got kids, it’s hard out here,” she said.

But money isn’t everything. Moton elaborated on what finally pushed her to leave. Running into issues with Mrs. Gosnell, “for no apparent reason,” was just the “icing on the cake,” she said.

“I already had that feeling where I had to get out of here,” she stressed. “It was hard because I thought about income, ‘What am I going to do?’ But I gave him my two weeks [notice].”

“It was the best feeling in the world, the weight was lifted,” she remembered. “I still had little thoughts going on in my head, like I told you, I had to learn how to sleep in the dark again.” But, she added, she was “free from that building,” even if she wasn’t “free mentally.” And that, she said, “was a start.”

Just once she returned “just to say hi to everybody” at the clinic, but then she “stayed away” after that. She commented that that decision “was the best feeling ever.”

Today, she concluded, she’s “going through my healing journey” after working in the abortion industry.

“I’m very, I’m a blessed woman,” she said, with some “powerful women” supporting her, likely referring to the women who are a part of And Then There Were None. “I’m thankful. I’m thankful. And grateful.”