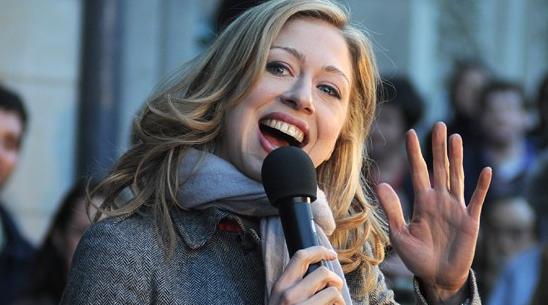 Interview magazine published a pro-abortion puff piece on Feb. 20 in which Planned Parenthood President Dr. Leana Wen gave a softball interview to Chelsea Clinton in what was essentially a love letter to abortion giant.

Any hope that this would be a dispassionate, objective report is quickly eliminated in the introductory paragraph where Planned Parenthood is championed as “a leader of the resistance” “[a]mid a political climate that has become increasingly hostile to women.” Of Wen, Interview gushes that, “among many other acts of courage, [she treated] victims of the 2013 Boston Marathon bombing” and is “belovedly known as ‘the Doctor for the City,’” and Clinton is introduced as “fellow women’s rights advocate and mother Chelsea Clinton.”

After such fawning treatment, Clinton, a big Planned Parenthood supporter, interviews offers up a platform for Wen to promote their propaganda. Clinton tees up Wen to bemoan the plight of the billion dollar abortion business, with the warning, “We’re currently in an existential moment.”

Wen says Planned Parenthood is “in the fight of our lives” and she’s “deeply concerned” Roe v. Wade could be overturned or further eroded. But she says, “None of these threats have anything do with medicine or science. It has everything to do with power, with denying women bodily autonomy.” Actually, she’s right, 98.3 percent of abortions have nothing to do with medicine or science and are done purely for elective reasons. But Planned Parenthood railing against an infanticide law – i.e. killing a baby outside the womb - currently in Congress puts the lie to the idea that it has anything to do with women’s bodily autonomy.

The women agree the “pro-choice/pro-life dichotomy” is “problematic” with Clinton “refus[ing] to refer to the anti-choice movement as anything other than anti-choice.” This antipathy seems to stem from the time she was called out for saying she wished her grandmother had access to Planned Parenthood, calling it “my first, and hardly my last, experience with the bad faith in which the anti-choice movement operates.”

Showing her own bad faith, Clinton asks Wen, “How do you stay focused on science, equity, health, and human rights, while also recognizing that many of the people you will now have to engage with come from such a different place?” Because according to radicals like them pro-life means anti-science, anti-equity, anti-health, and anti-human rights.

Wen absurdly tries to claim the pro-life mantle, saying, “Our nurses and our clinicians are all here because we believe in life. Being pro-choice is being pro-women. It’s being pro-family. It’s being pro-community. It’s being pro-life.” What she really means is they are pro-certain types of life. Only life that has no flaws or possible abnormalities, or that arrives at the perfect maternal age, home situation, or financial time, or is wanted, or whatever other reasons a woman may come up with.

We get a further glimpse of her agenda in learning that Wen views healthcare as social justice: "We should be approaching healthcare from a social justice lens, valuing each person and their choice. Only then can all people be free and equal." To which Clinton replies, "Amen to that!"

Abortion is not healthcare. Pregnancy is not an illness or disease and abortion is not a cure. When a woman is pregnant, there is not one but two (or more) patients. The Hippocratic Oath begins “first, do no harm,” and actively killing the fetal patient (who is healthy over 98.3 percent of the time) does extreme, irreparable harm to all involved, whether the adult patient acknowledges it or not.

That is the real human rights tragedy – tiny humans, with unique DNA and beating hearts, being put to death without their consent, for arbitrary, subjective reasons like “wantedness.” The value of a human life is inherent, it should not be determined by what one’s mother thinks of it at a certain particular time.

“An abortion is a normal, common experience that we need to talk about,” says Wen. Alas, with over 900,000 abortions a year in the U.S., 332,757 by Planned Parenthood alone in FY2017, abortion is all too normal and common and we do need to talk about the reality of it. Thankfully, certain politicians in Virginia have opened the door to finally discuss the graphic brutality of a practice that poisons the preborn child to death in the womb or rips them apart with forceps or cuts them up then sucks them out, through all nine months of pregnancy.

Ironically, Wen explains Planned Parenthood’s long-standing 3 percent abortion myth: “I love that so many of our patients’ stories sound like this: ‘I came in for X, and not only did I get X, I got Y, Z, A, B, C, D, and E.’” That’s exactly how they calculate that “only 3 percent” of what they do is abortion: You go in for an abortion and they count 7 other things like a pregnancy test, pelvic exam, pap smear, ultrasound, birth control, STD testing, and counseling and say, “Abortion is only 1/8 of what you came in for!” even though it was the main, most expensive, most time and work intensive thing and some of the other things were a part of the abortion process.