Sanders Says ‘Billionaires Should Not Exist,’ Ups Ante on Wealth Tax to 8% 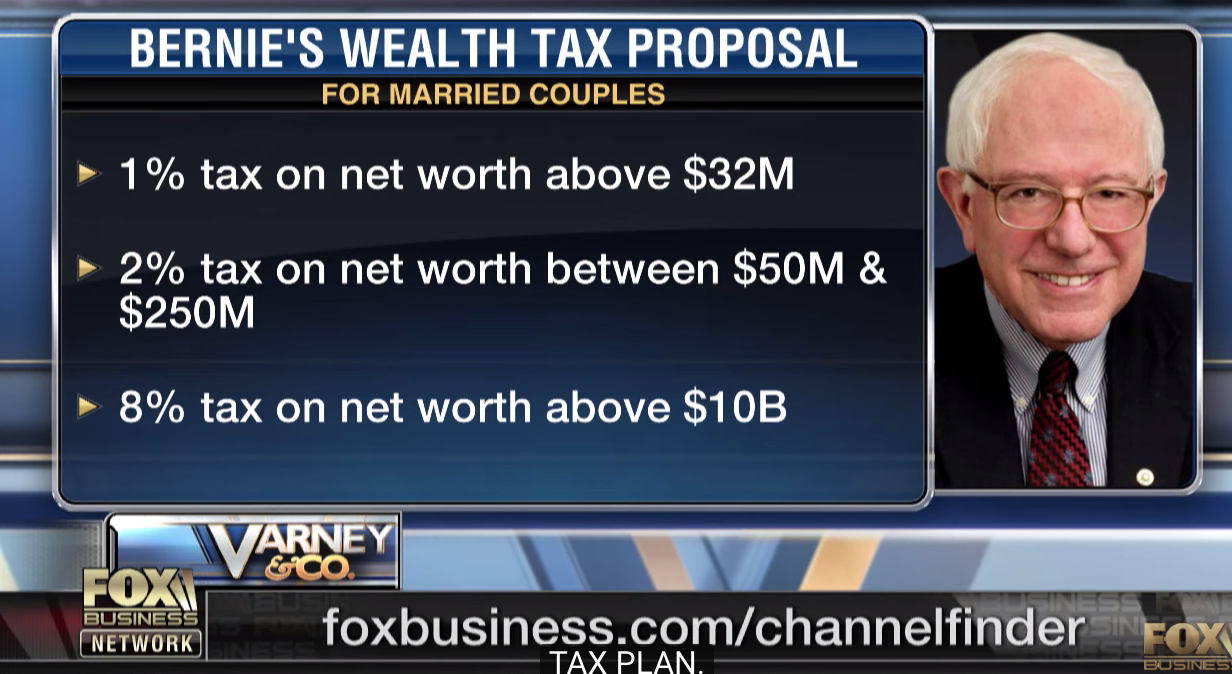 If politics is like a poker game, Sen. Bernie Sanders, I-VT, just raised against Sen. Elizabeth Warren, D-MA, by proposing a wealth tax scheme even more confiscatory than hers.

Punishing the wealthy is the clear object of both plans. Sanders tweeted on Sept. 24, “Billionaires should not exist” as he promoted his wealth tax plan.

“Under this plan, the wealth of billionaires would be cut in half over 15 years which would substantially break up the concentration of wealth and power of this small privileged class,” Sanders bragged. 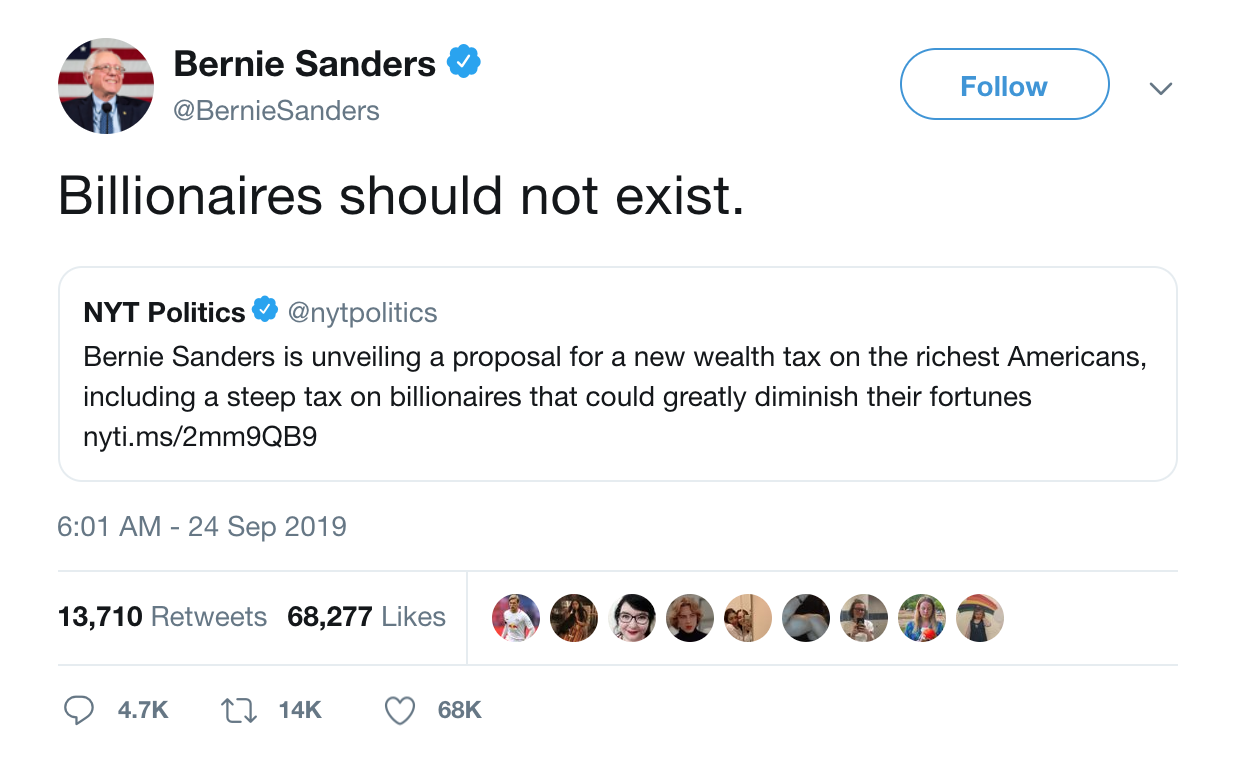 Vox co-founder Matthew Yglesias tweeted, “Going to be sad when the Senate passes Bernie’s wealth tax only to have it vetoed by President Warren who insists on a more moderate approach.”

Bloomberg failed to include a single criticism of the plan, detailing only what Sanders’ campaign said the plan would do. In contrast, The Wall Street Journal and CNBC both acknowledged criticism that a wealth tax would be unconstitutional and that such taxes could harm the economy.

CNBC.com admitted, “Pockets of the business and investing community have warned about Sanders and Warren’s policies hurting the economy — though the candidates have worn the criticism as a badge of honor.” It also said it was “unclear” if the Supreme Court “would strike it down” as unconstitutional.”

Author and businessman Ed Conard told Fox Business anchor Stuart Varney wealth taxes from either candidate, “I think it gradually slows growth and that has an impact on our middle and working class here.”