New York Times economics columnist Paul Krugman made another damning admission this past week about his sordid record analyzing economics as inflation continues to bite chunks out of Americans’ wallets. 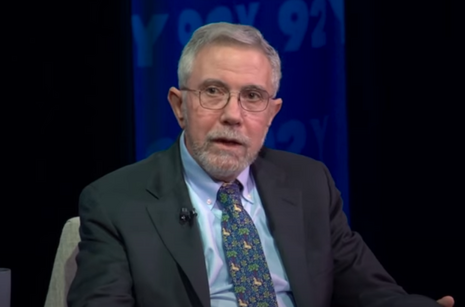 Krugman conceded in a June 23 op-ed that “[i]n 2021, U.S. policymakers, like many economists, myself included, badly underestimated inflation risks.” But Krugman attempted to shield his loss by wokescolding analysts who predicted economic calamity arising from President Joe Biden’s leftist stimulus policies. “Sado-monetarism is having a moment,” Krugman wrote. “[S]uch people have just had a good year: the inflation they’ve always warned about finally materialized.” Krugman defined his arbitrary slur “sado-monetarist” as “a person who always seems to demand higher interest rates and fiscal austerity, regardless of the state of the economy.” [Emphasis added.]

This is the same guy who spun that the 40-year high inflation crisis hitting America at the knees was “not a crisis” in February, after first admitting in November that he got inflation “wrong.” He also tepidly claimed in May that “inflation doesn’t seem to be entrenched.”

But don’t listen to the “sado-monetarists” who were right, said Krugman. He claimed that the Federal Reserve, which is largely responsible for the sky-high prices facing Americans, shouldn’t be too aggressive in combating inflation.

[T]here’s a loud chorus of voices insisting that the Fed must tighten even more — indeed, that it must drive the U.S. economy into a sustained period of high unemployment something like the big slump of the early 1980s. And there’s a real danger that the Fed may be bullied into overreacting. So let’s talk about why the demands for even more aggressive Fed action are misguided.

It’s brazen that Krugman argued from the perch of a serious expert after he spent over a year banging false “Team Transitory” cymbals and trying to convince readers that inflation wasn’t a big deal.

It’s clear that Krugman still doesn’t “understand what the hell has been going on” with inflation.

Conservatives are under attack. Contact The New York Times at 1-(800) 698-4637 and demand it distance itself from Krugman’s horrible takes on the economy.