The same wealthy New York Times economist who admitted he was dead wrong on inflation is claiming that stagflation is nothing to worry about. 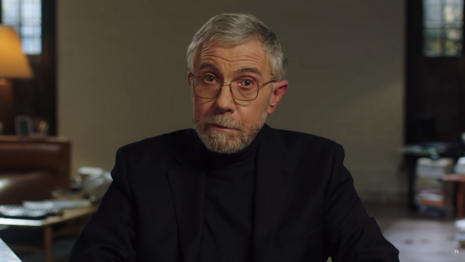 Economist Paul Krugman said that “inflation doesn’t seem to be entrenched; 2022 isn’t 1980.” But he undermined that claim multiple times in the same May 20 op-ed, headlined, “Wonking Out: Is Stagflation Making a Comeback?” Krugman himself does not seem to know the answer to his own question.

“We’re probably headed for a period of weakening labor markets while inflation is still elevated, and many commentators will surely proclaim that we’re experiencing stagflation,” Krugman whined.

His rebuttal to other economists who warn of stagflation was even weaker: “The public now expects high inflation for the near term but a return to normal inflation after that.”

Krugman later undercut himself when he said that stagflation was a very likely possibility after conceding that the economy was headed in the wrong direction. “But such proclamations, while technically true, will be misleading.” So stagflation could happen, but it’s “misleading” to say so? Thanks, Krugman.

Even Krugman’s own publication contradicted him. Former Federal Reserve Chair Ben Bernanke, who became a household name during the 2008 financial crisis, reportedly told The Times that the U.S. economy could be on its way toward a period of “stagflation” for the first time since the 1970s. “So there should be a period in the next year or two where growth is low, unemployment is at least up a little bit and inflation is still high,” Bernanke reportedly said.

In an interesting twist of fate, Bernanke once reportedly called Krugman’s policy proposals in 2012 “reckless.” It appears that same judgment could also apply to Krugman’s economic hot takes. And Bernanke wasn’t the only economist to publicly dispute the underlying premise behind Krugman’s wonky essay. Former Federal Reserve economist Stephen Roach told CNBC’s “Fast Money” on May 19 that “This inflation problem is widespread, it’s persistent and likely to be protracted.”

Krugman ran circles around himself a second time:

“If they understand [stagflation] to mean a period of rising unemployment combined with inflation that’s still too high, the answer is that there’s a very good chance that we’ll suffer from that malady for at least a few months,” [emphasis added].

Krugman’s teeter-tottering sounds very much like his concession in December 2021 when he admitted defeat on the inflation debate: “Others … warn that we may face something comparable to the stagflation of the 1970s. And credit where credit is due: So far, warnings about inflation have proved right, while Team Transitory’s predictions that inflation would quickly fade have been wrong.”

It looks like Krugman still doesn’t “understand what the hell has been going on” with inflation.

Conservatives are under attack. Contact The New York Times at (855) 698-1152 and demand the outlet stop misleading the public on stagflation and a possible recession.