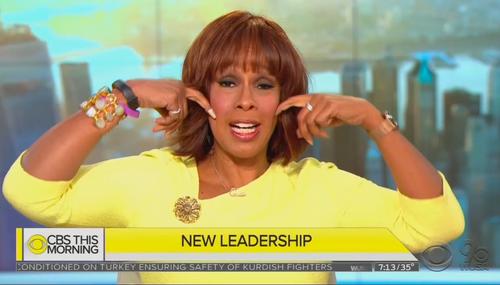 Scott Whitlock
January 7th, 2019 4:29 PM
CBS This Morning co-host Gayle King put on her “big smile” to announce the network’s new president. She praised incoming “bad ass” Susan Zirinsky as someone who will “right the ship” that is “taking on water.” Why would CBS be taking on water? Could it be the sexual abuse and harassment allegations against ex-network chairman Les Moonves? Against former co-host Charlie Rose? Against ex-60 Minutes… 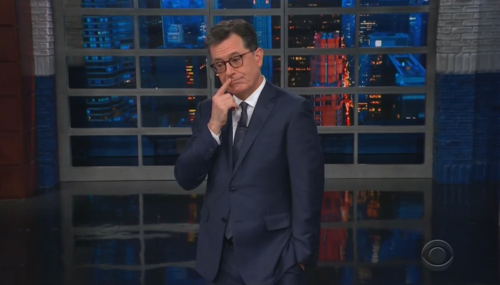 Colbert: Alleged Predator Moonves Would 'Be Better' POTUS Than Trump

Chris Reeves
December 19th, 2018 2:38 PM
Late Tuesday on CBS’s The Late Show, host Stephen Colbert riffed at length about the continuing downfall of his former boss and alleged sexual predator Les Moonves, who stepped down as the CEO of CBS in September after accusations of rampant sexual assault and harassment from several past female colleagues emerged against him. But ultimately, in spite of the seriousness of the charges against… 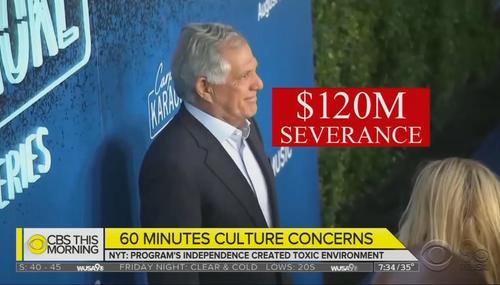 Scott Whitlock
December 7th, 2018 1:29 PM
According to a new draft report from CBS on the culture at 60 Minutes and the network, it wasn’t just former co-host Charlie Rose and ex-CEO Les Moonves who allegedly harassed and abused women. CBS This Morning reporter Vladimir Duthiers explained the leaked findings: “Eight current females tell us they have experienced a toxic workplace or frat house environment including harassment and being… 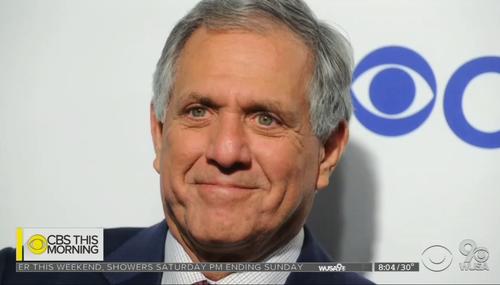 Scott Whitlock
November 29th, 2018 1:26 PM
Despite a combined two and a half hours of available air time, CBS on Wednesday night and Thursday morning allowed just 94 seconds to the latest shocking sexual assault allegations against the network’s former chairman and CEO, Les Moonves. The New York Times on Wednesday offered new details on Moonves’s attempts to cover up forced oral sex against an actress. 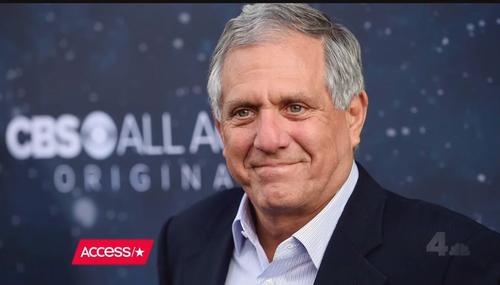 Brent Bozell and Tim Graham
September 15th, 2018 7:27 AM
Hollywood continues to be rocked by Ronan Farrow articles in The New Yorker unfurling charges against powerful men, accusing them of sexual harassment and assault. The latest piece includes a second passel of accusers against CBS CEO Les Moonves, who seemed to have survived a first salvo in July. This time, Moonves is being slowly lowered into a year-long consulting gig after new and nauseating… 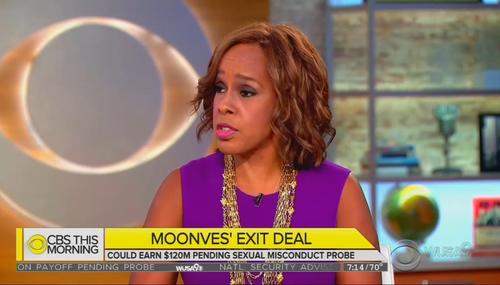 King Calls Out Own Network, Hammers CBS on Moonves Transparency

Scott Whitlock
September 11th, 2018 5:07 PM
CBS This Morning co-host Gayle King on Tuesday launched a preemptive strike against her own network, attacking top officials for not showing transparency in an investigation of ex-CEO Les Moonves, a man now accused of sexual harassment and assault. “In our own house, we must have transparency,” demanded King, perhaps in a bid not to, once again, sound as though she was irritated at having to… 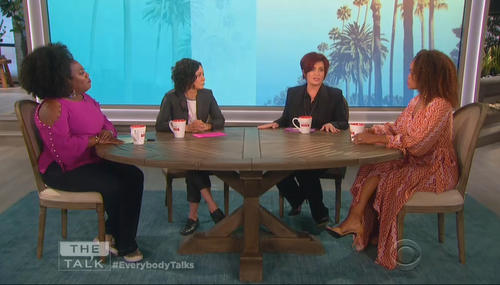 Curtis Houck
September 10th, 2018 3:46 PM
CBS’s The Talk led off their Monday show with a nearly 10-minute-long discussion on the ouster of CBS chairman and CEO Les Moonves following another disturbing but thorough report from Ronan Farrow in The New Yorker detailing new allegations of sexual misconduct. The four remaining hosts stated their support for the women and the need to hold Mooves accountable, but they also focused on Chen and… 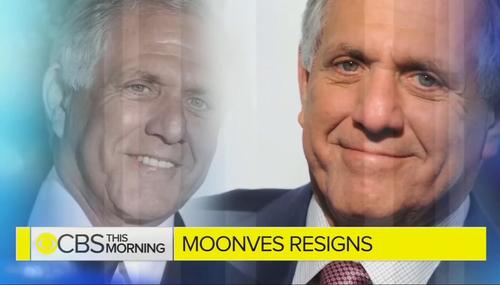 Scott Whitlock
September 10th, 2018 12:48 PM
Almost ten months after bombshell accusations that ex-CBS This Morning co-host Charlie Rose allegedly sexually harassed and abused women, co-host Norah O’Donnell lamented how “hard” it was to have “my boss,” departing CEO Les Moonves, be accused of sexual assault. After a full report opened the show, O’Donnell began her personal remarks with self pity: “This is hard for everybody as CBS News.” 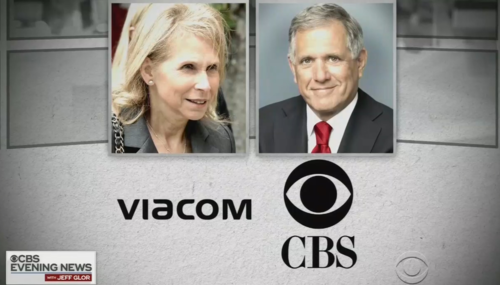 Kyle Drennen
July 30th, 2018 1:15 PM
Since news broke on Friday of sexual harassment claims against both CBS CEO Les Moonves and longtime 60 Minutes executive producer Jeff Fager, the broadcast network has been in damage control. While CBS News provided full coverage of scandal, reporter Anna Werner made sure to tout the company line that the accusations may just be a case of “corporate hardball” as CBS fights off an attempt to re-… 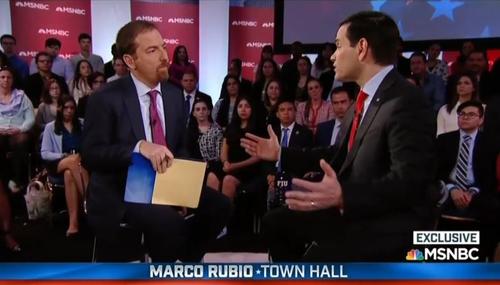 Curtis Houck
March 9th, 2016 10:08 PM
Senator Marco Rubio continued his participation in the anti-Donald Trump crusade against the liberal media on Tuesday in an MSNBC Town Hall as he pointed out that Trump has received far more media coverage than all his opponents combined and was buttressed by recent comments from CBS chief Les Moonves that Trump has been great for his network’s ratings. 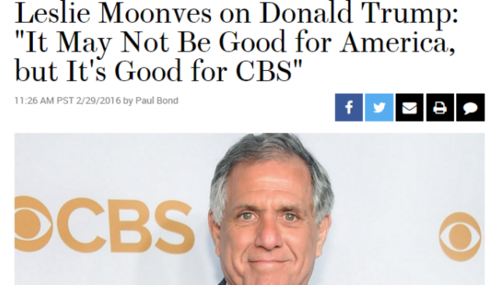 Ken Shepherd
February 29th, 2016 5:53 PM
"It may not be good for America, but it's good for CBS." That's how network executive chairman and reliable Democratic donor Les Moonves described Donald Trump's frontrunner status in the GOP primary, noted the Hollywood Reporter today. 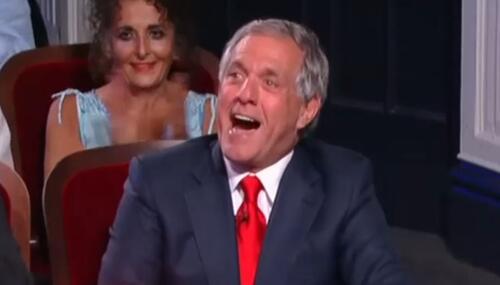 Kyle Drennen
December 8th, 2015 4:52 PM
Speaking to a Wall Street crowd at the UBS Global Communications Conference on Monday, CBS chief executive Les Moonves gleefully cheered Republican 2016 contenders going after one another in the primary contest: “We love having all 16 Republican candidates throwing crap at each other. The more they spend, the better it is for us.” 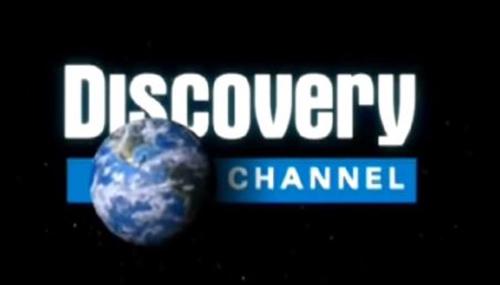 Business
Aly Nielsen
August 7th, 2015 2:13 PM
While liberals and journalists love to hype income inequality to slam CEO paychecks and push for a higher minimum wage, a new SEC law shows liberal media CEOs are the ones the media should be criticizing. On August 8, the Securities and Exchange Commission approved a new rule that requires companies to “disclose the ratio between their chief executives' annual compensation and median, or…