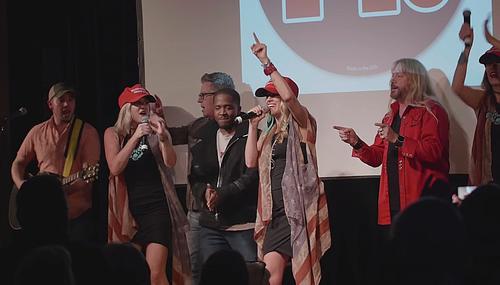 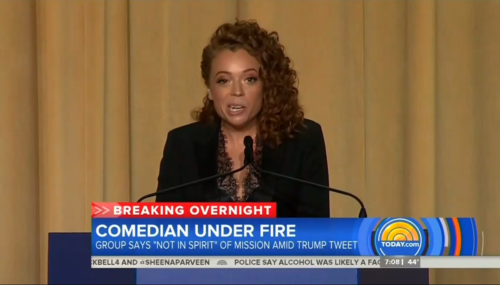 Christian Toto
May 5th, 2018 1:30 PM
The reviews are in, and they’re ugly. Comedienne Michelle Wolf’s performance at Saturday’s White House Correspondents’ Dinner drew scorn from both sides of the aisle. Conservatives were understandably aghast at Wolf’s vicious brand of humor. 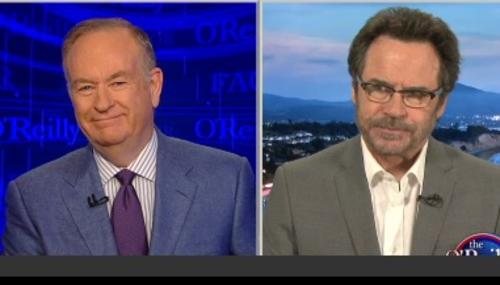 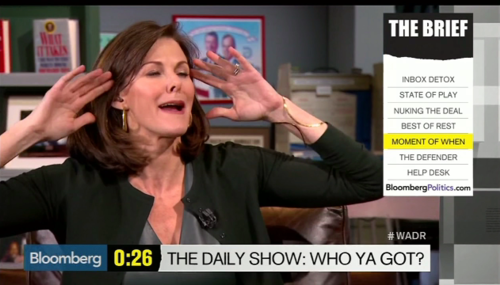 Mark Finkelstein
March 9th, 2015 6:09 PM
Did Campbell Brown just give away a dirty little secret: that conservatives are blacklisted in the entertainment business?     On today's With All Due Respect, Brown and John Heilemann were kicking around the results of a poll as to whom Americans prefer to replace Jon Stewart as Daily Show host.   Tina Fey came in first, with Dennis Miller a close… Christian Toto
February 28th, 2015 7:03 AM
Dennis Miller doesn't think President Barack Obama was born in Kenya or that he's a Muslim. Still, the right-leaning comic and co-host of the new “PO’dcast” with Adam Carolla says the president’s sympathies lie with Muslims, not Jews or Christians. 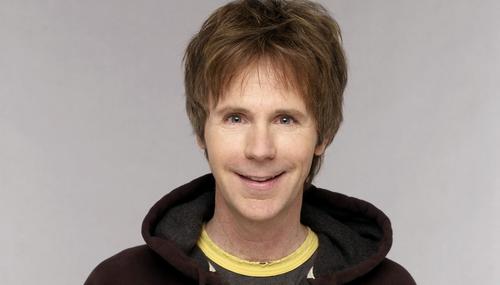 Tim Graham
November 26th, 2014 1:52 PM
Comedian Dana Carvey discussed politics and comedy with Carl Koslowski on his podcast Kozversations. “Because of the sensitivity of having an African-American president, which is completely understandable...It took a while to find a way to satirize our president," Carvey told Kozlowski. He admitted it took time to figure out how to satirize Obama. “We were all getting to know him… 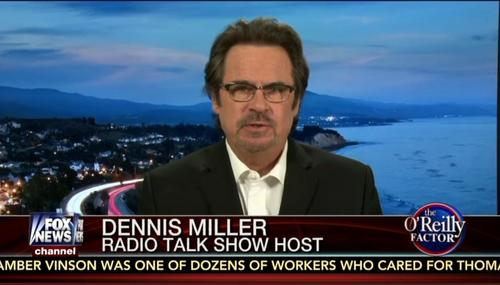 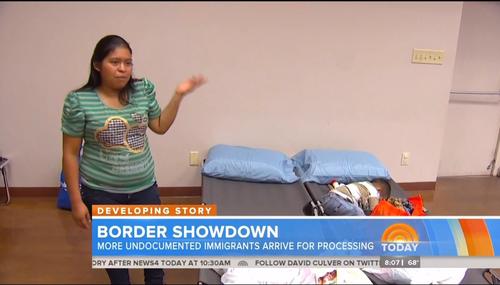 Dana Carvey Can't Mock Obama, Because Unlike Other Pols, He's Not a 'W

Tim Graham
July 6th, 2014 7:24 AM
Former Saturday Night Live co-workers Dennis Miller and Dana Carvey are touring together this summer. On Sunday, The Washington Post published an interview with Carvey as the two head to the Kennedy Center in the nation’s capital for a show on July 12. While Miller now delights the right with a radio show and humorous appearances on Fox News, Carvey claims “I ride both sides.… 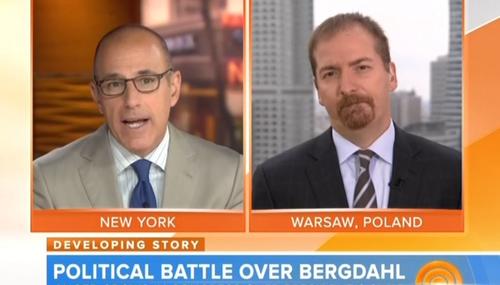 Jackie Seal
June 4th, 2014 11:11 AM
Dennis Miller has a response for those liberals who think this country is full of people who can't better their lives with new jobs: America "is built on busting your a**." Late Night host Seth Meyers on Tuesday night hosted his fellow Saturday Night Live alum. The radio host and comic was promoting his new stand up act, “America 180.” Meyers asked Dennis Miller to… 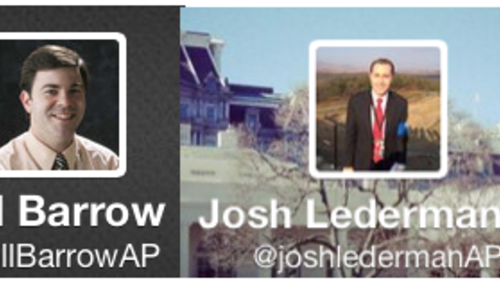 'Can Conservatives Be Funny?' Frank Rich Says No, Insists The Free Mar

Tim Graham
May 26th, 2014 1:09 PM
Frank Rich, the cultural leftist that used to write Broadway reviews and then opinion columns for The New York Times, writes for New York magazine now. He’s just launched a new 4,000-word opus on the question “Can Conservatives Be Funny?” His cheeky verdict? The free market says no. Spurred into this task by Rush Limbaugh’s attack on rising CBS late-night star Stephen… 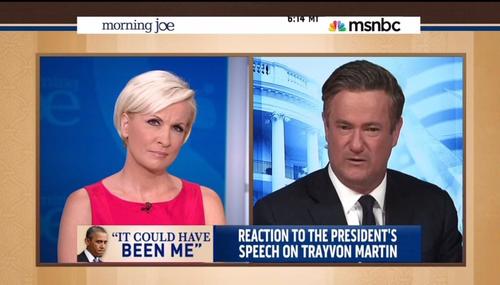 Dennis Miller on MHP's Tampon Earrings: 'She Should Only be Allowed to

Noel Sheppard
July 22nd, 2013 10:25 AM
As NewsBusters previously reported, MSNBC's Melissa Harris-Perry actually put on tampon earrings Sunday as a pro-abortion stunt aimed at the Texas state legislature. This evoked quite a response from our dear friend Dennis Miller who tweeted, "Melissa Harris-Perry should only be allowed to do her show once a month for 5 days": 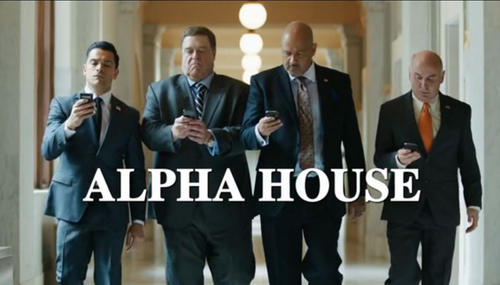 Dennis Miller: Obama and Christie 'So Cute Together - Like Danny Zuko

Noel Sheppard
May 29th, 2013 9:19 PM
Dennis Miller, as would be expected, had a humorous take on Tuesday's reunion of President Obama and Governor Chris Christie (R-N.J.) at the Jersey Shore. Appearing on Fox News's O'Reilly Factor Wednesday, Miller said, "They're cute together. It's like Danny Zuko and Sandy in 'Grease.'” 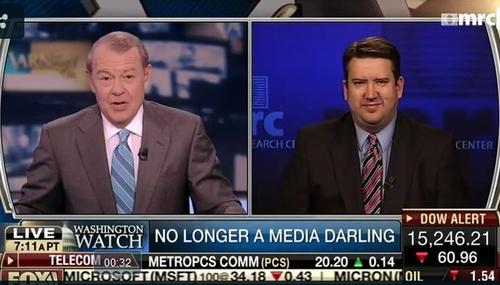 Dennis Miller: 'Nixonian' Obama Will Need Teleprompter to Say 'I Am No

Brad Wilmouth
May 23rd, 2013 6:25 PM
Appearing for his regular "Miller Time" segment on Wednesday's The O'Reilly Factor on FNC, comedian Dennis Miller asserted that the Obama administration is "looking more Nixonian" because of recent scandal revelations. He went on to crack that when President Obama says, "I am not a crook," he'll need a teleprompter to help him. Referring to the… 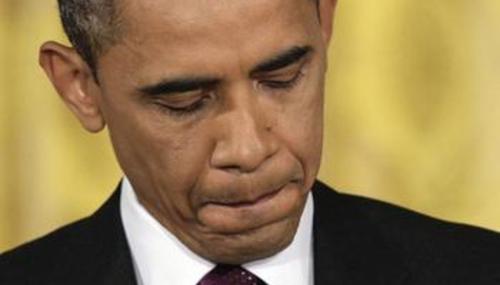 Dennis Miller: 'The American Media is in an Abusive Relationship With

Noel Sheppard
May 22nd, 2013 9:51 PM
"Let's face facts: the American media is in an abusive relationship with Obama." So marvelously said Dennis Miller on Fox New's the O'Reilly Factor in a discussion about the Internal Revenue Service scandal Wednesday (video follows with transcript and absolutely no need for additional commentary):