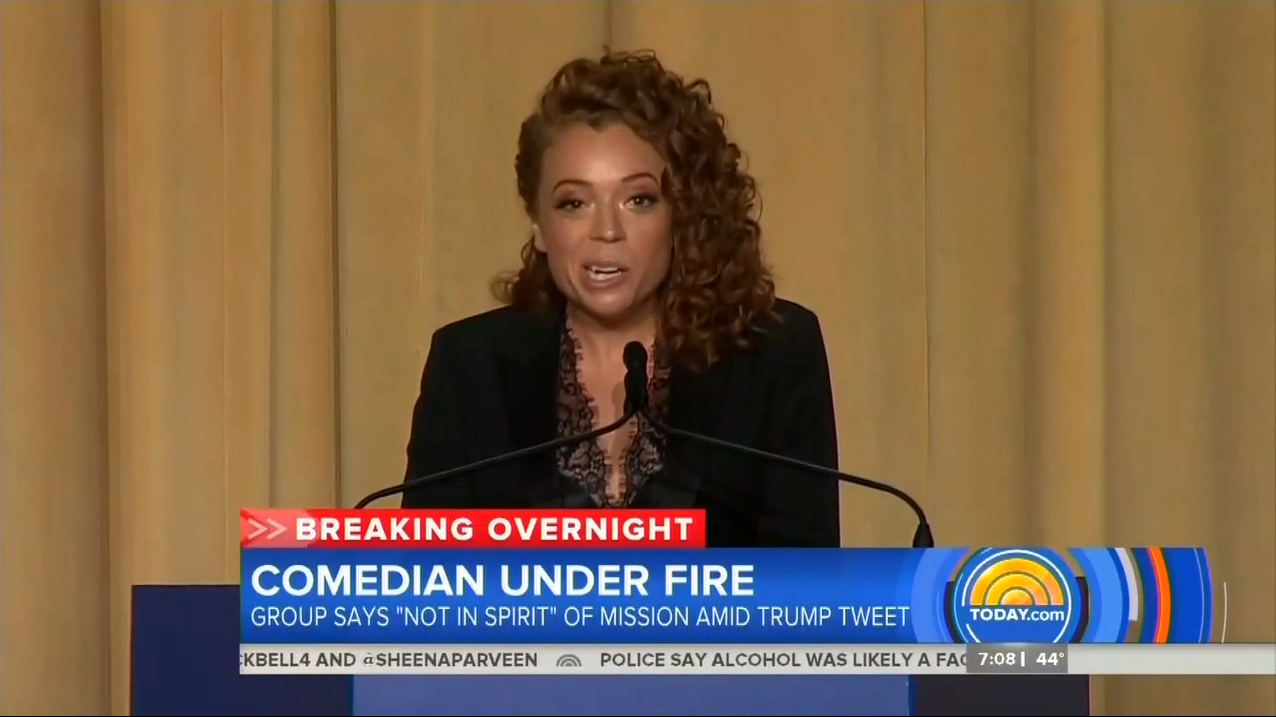 The reviews are in, and they’re ugly.

Lest we forget how that rodeo clown lost his gig, and more, for simply mocking President Barack Obama the same way he treated past presidents. Hank Williams, Jr. also lost his “Monday Night Football” gig for attacking President Obama.

One A-list comic, known for both his sharp wit and measured tone, let loose on his colleague. 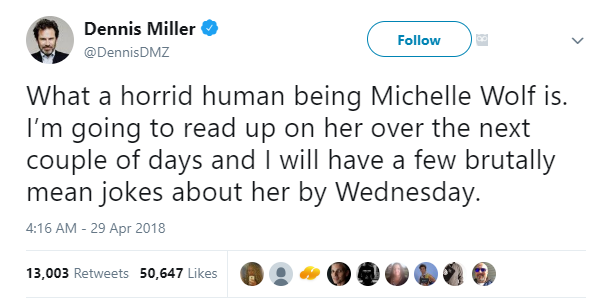 Even liberals (AKA mainstream media reporters) couldn’t hide their contempt for Wolf’s tone. 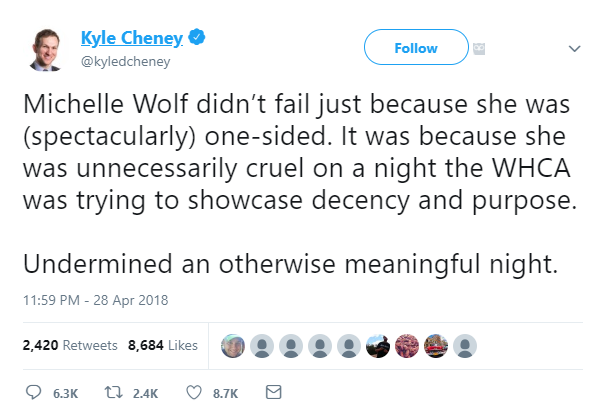 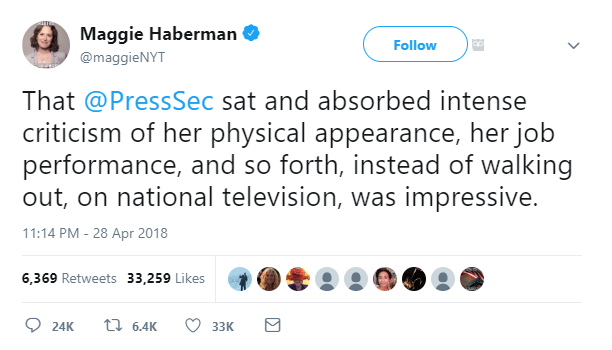 Will Wolf’s routine hurt the fortunes of her Netflix talker, The Break with Michelle Wolf? The show, debuting May 27, was pitched as an agenda-free affair by the streaming giant. Here’s part of the official press release announcing Wolf’s program:

The show, which does not have a title yet, will take a break from the seriousness of late night comedy. Instead of making the news fun, she’ll make fun of everything and everybody. There will be no preaching or political agenda…unless it’s funny.

Is this another example of a comedian promising to avoid hard-left politics but quickly breaking that vow? See Jefferies, Jim for a great example. If she truly plans to deliver an agenda-free show, this was an odd way to market that approach.

Or will the old saw, “any publicity is good publicity” rule the day?

For now, the moment offers political comics the chance to reconsider their routines. Have they already gone the full Wolf?

In a way, Wolf shouldn’t be blamed for her disastrous routine. Her jokes Saturday were in line with what we’ve been hearing for the past two years. President Trump is a racist, misogynist Nazi with orange skin. Anyone in his administration is similarly evil.

Meanwhile, oh so ripe liberal targets float on by, rarely name checked by the Colberts, Noahs and Bees of the “truth to power” movement.

How many comics will “destroy” Sen. Jon Tester? The Montana Democrat spread a series of nasty rumors about Navy Rear Adm. Ronny Jackson, derailing his bid to lead Veteran’s Affairs.

So far, those rumors are completely unfounded. Did the Democrat unfairly smear an innocent man? It appears likely, although it may take time to fully answer the question. Just don’t expect any finger wagging from Jimmy Kimmel and his peers if the answers besmirch Tester.

Events like this weekend’s WHCD should be a wake up call for modern humorists. It doesn’t mean they should lay down their comic arms. Instead, why not think hard about the jokes being told. Is the “funny” first and foremost, or are they designed to simply draw ideological blood?

What Would Johnny Carson Do?

This likely won’t happen. And it won’t for the same reason journalists refuse to reconsider their entrenched liberal biases. Today’s reporters are immune to criticism. The more complaints they hear, the harder they plug their ears.

Plunging trust polls? They don’t matter to us. We’re just doing our jobs.

There’s little chance a Stephen Colbert or Jimmy Kimmel will read the Wolf critiques and attempt some self-reflection. Instead, they’ll be envious they haven’t been hard enough on their GOP enemies.