Unfunny lefties have taken over the world of comedy and left it for dead, but all hope is not lost. For the few right-leaning comedians brave enough to step up to the stand-up mic, business is booming. According to a Hollywood Reporter article from last week’s issue, conservative comedians are opening up to sold out crowds as people grow tired of tedious late-night propaganda shows. 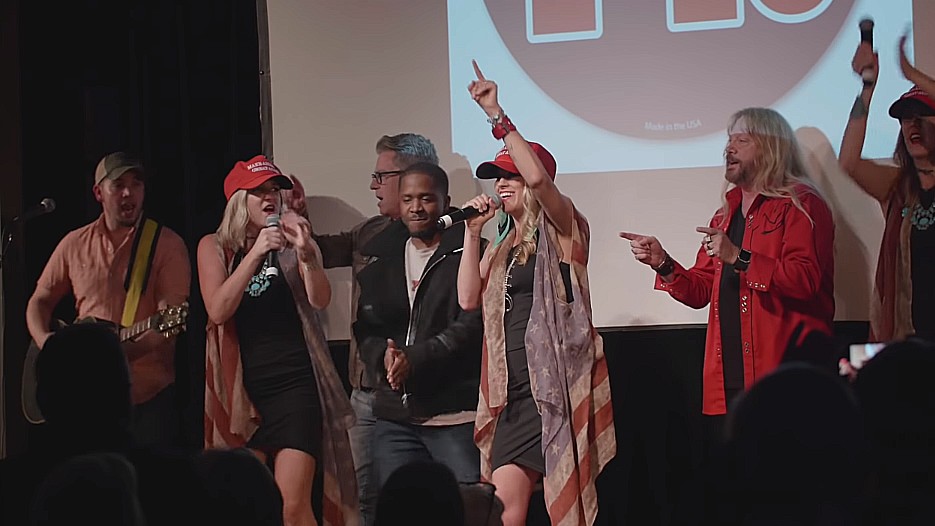 The joke market is oversaturated with Trump bashing. The gag lost its luster years ago (if it had any to begin with), yet comedians insist on beating a decomposed horse.

The president’s first 100 days in office was met with an overwhelming 1,060 anti-Trump jokes. From Jimmy Kimmell “we should cut off Kavanugh’s pesky penis” to Stephen Colbert’s “Trump is Putin’s cockholster,” late-night hosts play to their exclusively liberal audience. According to a survey by The Hollywood Reporter and Morning Consult, 54 percent of Democrats watch late-night talk shows, compared to 26 percent of Republicans. 62 percent of Democrats said that they like it when talk show hosts get political, but 62 percent of Republicans said that they dislike it.

Celebrities who don’t join the anti-GOP dogpile are exiled from the Hollywood social scene, but blacklisting backfires when the pariahs embrace their label. In 2018, inspired by Hillary Clinton’s “basket of deplorables” comment, a group of conservatives formed “The Deplorables” comedy troupe.

Since the group’s debut, the conservative troupe has been on a roll. In between appearances on Fox News, the comedians perform to consistently sold out crowds. Though some venues have banned the troupe, the comedy routines have been met with uproarious support by formerly alienated conservatives. According to one of the members -- George Lopez writer Michael Loftus -- "Texas was crazy, but Iowa was off the charts. They waited in line for an hour just to thank us."

“The Deplorables” also features YoutTube comedian Terrence K. WIlliams, “liberal Larry” Steve McGrew, and The Jeff Dunham Show’s Brain Haner. In April of 2018, Facebook suspended Williams’ account, and this past February, Williams fractured his neck in a ride-share accident on his way to the White House. The group has been on hiatus since.

The group’s brief break hasn’t stopped Loftus. On May 29th, Loftus hosted The Loftus Party Live -- advertised as a “comedy show for ‘the right.’”

Right to Laugh veteran and Ellen writer Adam Yenser said that he prefers nonpartisan crowds, but he likes to probe the audience with his conservative views:

When playing to a conservative audience, the premise gets applause, and it feels like I'm at a rally. For a mainstream club, I start off nonpartisan, then get conservative. It's fun to see their reaction because they like my comedy at that point. I like to see how far I can push them, then win them back.

Of course, these comedians aren’t the first to stand by their conservative principles. Tim Allen, Dennis Miller, and Jeff Foxworthy have been open about their right-leaning politics for years. But the left’s new outrage culture has bred a new generation of unapologetic conservative comedians that are fed up with political correctness.