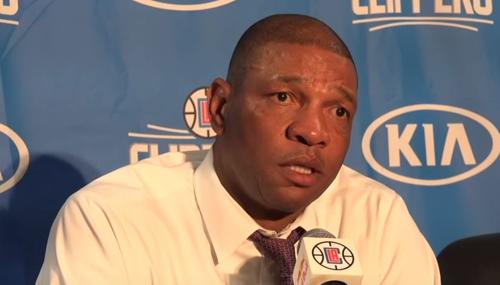 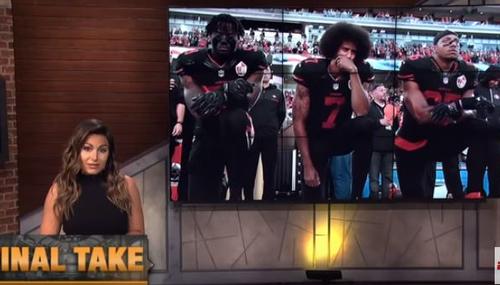 Jay Maxson
September 8th, 2018 9:00 AM
Against the backdrop of Nike rolling out its highly controversial new Colin Kaepernick "Just Do It" campaign during last night's NFL season opener, Sports Illustrated's Jacob Feldman has declared victory for fans urging media to "stick to sports." Gosh, he could have fooled the world with such a wild claim! 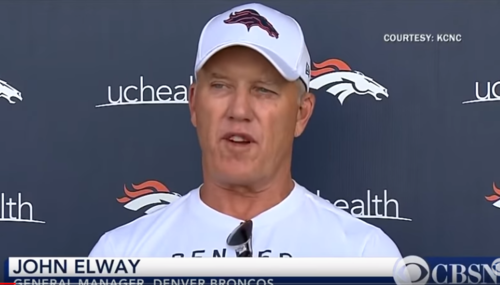 Culture
Jay Maxson
August 19th, 2018 8:02 PM
Sports Illustrated legal writer Michael McCann, an associate dean of law at the University of New Hampshire School of Law, seems to want Colin Kaepernick to win his collusion lawsuit against the NFL just a "little" too badly. And at the expense of Denver Broncos' general manager John Elway. McCann offers eight ways that could happen, but isn't very convincing or objective in his arguments. 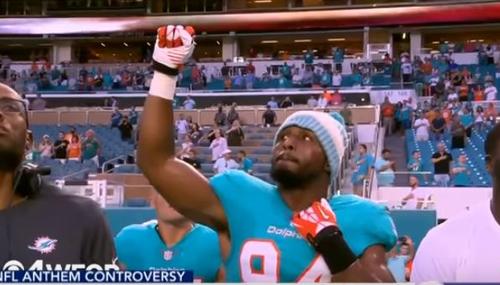 Culture
Jay Maxson
August 12th, 2018 10:00 AM
Sports Illustrated's Michael McKnight has written a 4,200-word feature story on the Miami Dolphins' Robert Quinn, the face of Thursday night's NFL protests after a photo of him standing with raised fist was widely circulated by media. Quinn is portrayed as a charitable man who wants to unite America by protesting the national anthem. Quinn says he wants the finger pointing to stop, yet tears down… 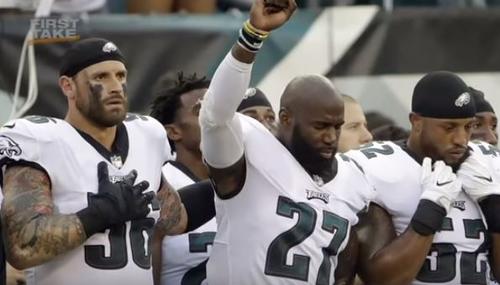 Culture
Jay Maxson
July 10th, 2018 10:00 AM
The NFL's new anthem policy is an ill-conceived move that plays right into the hands of a president who demonizes the league to rile up his supporters, writes Sports Illustrated's Trump-hating, flag-hating Charles Pierce. Furthermore, Pierce compares the anthem policy and Trump remarks on the NFL to 20th century British tyranny. 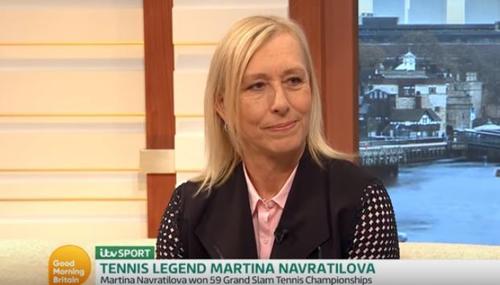 Culture
Jay Maxson
July 2nd, 2018 6:25 PM
Wimbledon tennis play is upon us, and along with it, a perfect time for Sports Illustrated to talk politics and slam the Trump Administration in an interview with lesbian firebrand Martina Navratilova (see file photo)! The nine-time Wimbledon champion gave the LGBT movement free publicity and bashed America's top two elected officials for taking human rights backwards. 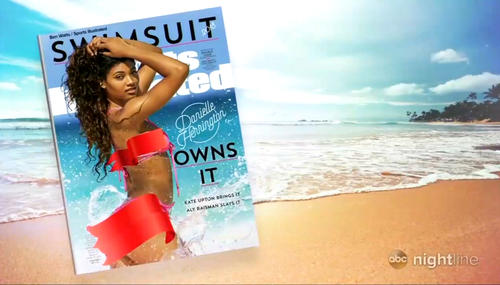 Culture
Katie Yoder
February 15th, 2018 4:17 PM
Actions speak louder than words. As ABC offered Sports Illustrated a platform to defend itself from charges of objectifying women, the network, at the same time, couldn’t air the magazine’s photos without editing or blurring many of them. 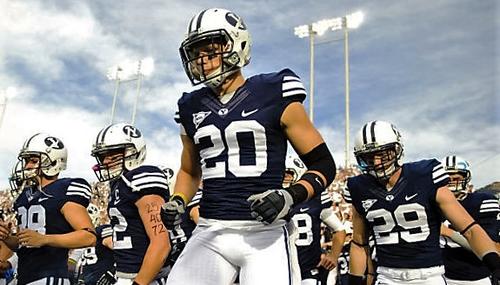 Culture
Dylan Gwinn
August 9th, 2016 1:16 PM
The ‘tolerance for me, but not for thee’ crowd is at it again. This time, the target is not the State of North Carolina. According to Sports Illustrated, this time the Rainbow Jihad has trained its sights on the Mormons. 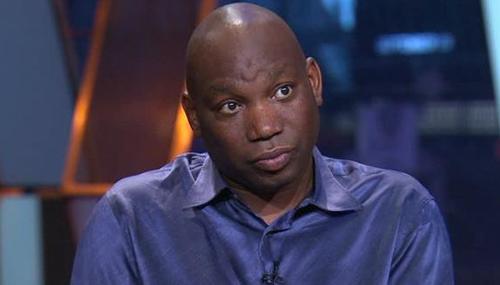 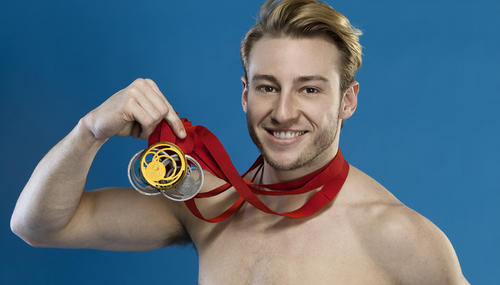 ‘Sports Illustrated’ Would Really Like an LGBT Superstar Athlete

Culture
Dylan Gwinn
June 15th, 2016 6:14 PM
The American transgender community is actively recruiting the next LGBT athlete. Except this time, unlike Michael Sam, they would like said athlete to actually be good. 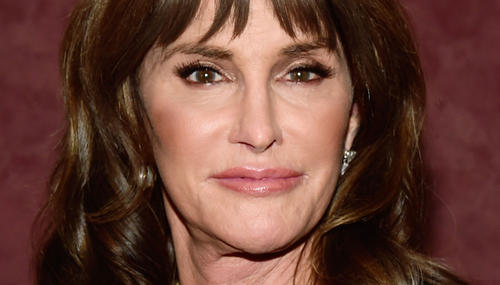 Culture
Dylan Gwinn
May 5th, 2016 9:09 AM
If you ever wondered why Russia, China, North Korea, Iran, ISIS, Al Qaeda, and the Taliban all believe that they can collectively, or individually, kick our butt…this might explain it. 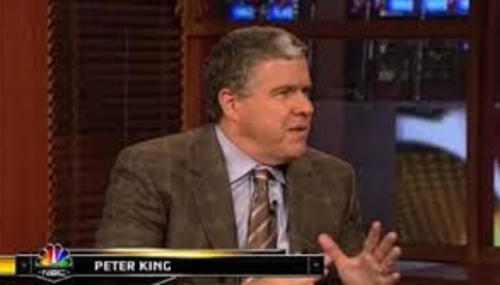 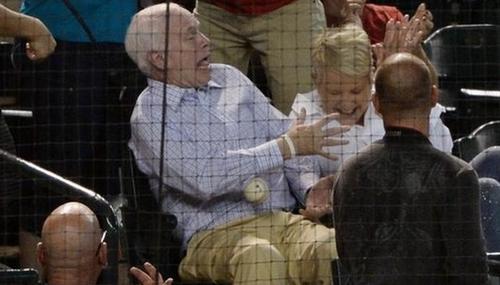 Disabled John McCain Can’t Catch a Ball, Or a Break

Dylan Gwinn
July 2nd, 2015 8:22 AM
When cruelty and ignorance meet … Tuesday night, U.S. Senator John McCain, decided to take in a Diamondbacks game. During the game, a foul-ball was hit toward him. McCain, 78, failed to come down with the catch. 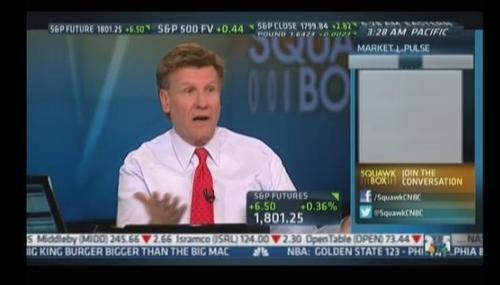 Tebow vs. Sam: A Tale of Two Draft Picks

Matt Philbin
February 11th, 2014 3:02 PM
Feel that? Something “historic” and “important” just happened. It might even be a “teachable moment,” and it’s certainly therapeutic. Why, liberals will be able to like their country just little bit more. Come on people, feel the love!  A potential fourth round NFL draft pick has declared his “own truth,” and come out as gay. Having taken the “courageous” step of joining society’s most trendy…