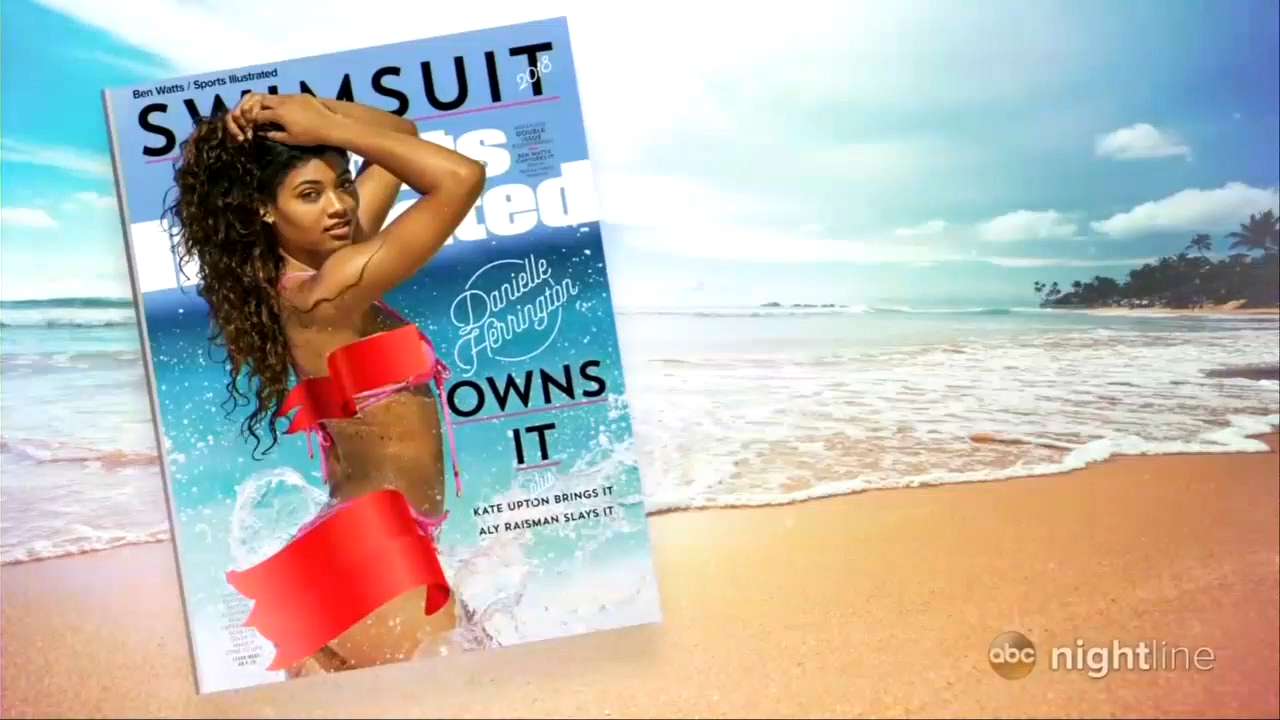 Actions speak louder than words. As ABC offered Sports Illustrated a platform to defend itself from charges of objectifying women, the network, at the same time, couldn’t air the magazine’s photos without editing or blurring many of them.

On Wednesday, ABC Nightline interviewed several women involved with creating Sports Illustrated’s 2018 Swimsuit Issue released Tuesday. As the network aired photos of nearly-naked models in the issue (many covered up or blurred), an SI editor argued her magazine isn’t about “objectification” while one model slammed the critics who, she said, made her feel “sick.”

To introduce the segment, co-anchor Dan Harris asked about the influence of the Swimsuit Issue “in today’s Me Too moment.”

“Do these pictures of scantily-clad women further objectify or empower women?” he asked of the new issue, before turning to co-anchor Juju Chang for answers.

Chang agreed the magazine faced controversy – but offered SI a ready platform to defend itself.

“Some critics argue all those cleavage and booty shots are objectionable in the midst of the Me Too movement of female empowerment,” she said, “but editor MJ Day insists the issue has been an unlikely crusader for body confidence and body positivity.”

She invited Day to elaborate on her position.

“We’re about celebration, not objectification,” Day argued. “I don’t do anything thinking, ‘Oh, let’s sexualize this person.’”

Day must have missed SI’s tweet Monday advertising only “ONE DAY, Y’ALL!” before the issue would hit newsstands. That tweet included a photo of a bikini-clad woman’s body – with her head cropped out. (Talk about giving women a voice.)

But Chang didn’t bring that up. Instead, she turned to Danielle Herrington, who appears on the issue’s cover wearing a skimpy bikini – so small that ABC News covered up the photo with red ribbons before airing it.

For her part, Herrington agreed with Day.

“I think women should have, you know, the ability to express themselves however they want to,” she said. “And I feel like they should still get respect for that.”

Others also agreed. Sailor Brinkley Cook, the daughter of model Christie Brinkley, modeled in and worked with the photography crew on a special project called “In Her Own Words” for the SI issue. Planned before, but still connected to, the #MeToo movement, the photoshoot consisted of models stripped naked with descriptive words drawn on their skin, including “feminist,” “mother,” and “human.”

“To think that anyone could take what we have been doing and label it as objectification makes me sick,” Brinkley Cook insisted, before adding, “we have been trying to create this images and message, that is, standing in your truth and stand in your power and taking control of yourself and who you are.”

As editor, Day got the last word on the topic. She admitted it was “normal” if someone called the issue “oversexualized.” But, she argued, that wasn’t the point.

“I also have no problem with someone who looks at the Sports Illustrated Swimsuit Issue and is like ‘that's amazing, that’s beautiful, that’s gold, that’s aspirational,’” she concluded. “That's a healthy discussion that we should all be having because I think human nature doesn't lend itself to one way or another, but what it should lend itself to is acceptance.”