First, federal prosecutors appealed the 30-day sentence given to Rene Boucher, who violently assaulted Paul in November. Meanwhile, as NewsBusters' Nicholas Fondacaro noted in a separate Monday evening post, Capitol Police arrested a man who threatened to kill Paul and “chop up” his family with an ax.

Paul has now had three serious threats against his life in just over a year. Media coverage has all too often come off as indifferent and even dismissive, especially concerning the November assault.

With the help of premature information from Kentucky's State Police, original reports about Boucher's November 3 attack described Paul's "injury" as "minor" — even though, as the Associated Press reported, the police "did not provide details." 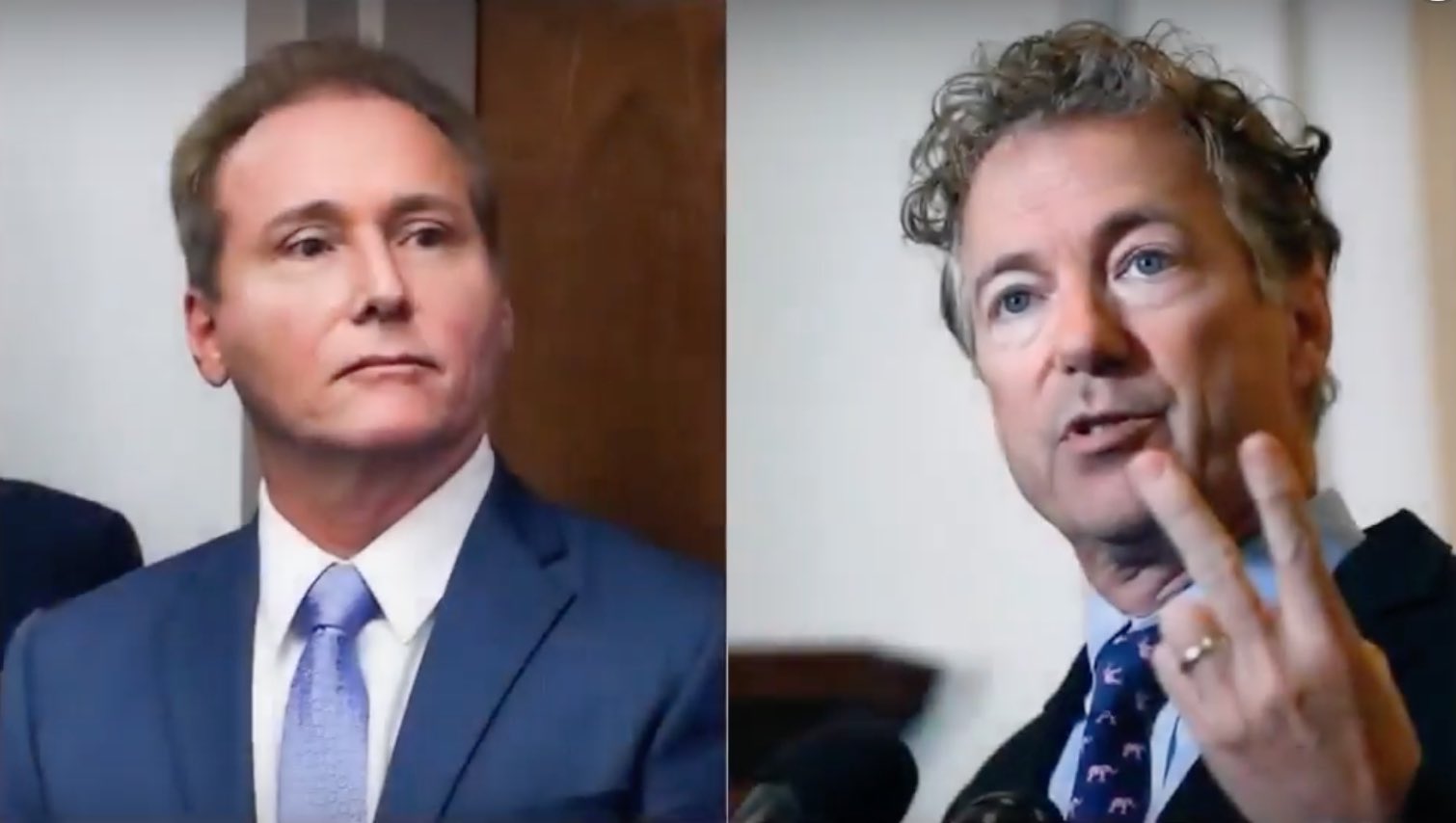 A concerted campaign led by Boucher's lawyer with apparent media cooperation, specifically at Gannett's Louisville Courier Journal, portrayed the incident as being about "petty arguments over misplaced lawn trimmings and branches." The paper's original November 7 headline, quickly changed, was, "Rand Paul is not a perfect neighbor, says community developer" — as if that questionable opinion justified the attack.

Neighbors, Paul himself, and his wife all pushed back hard against these characterizations, to no apparent avail. A New Yorker columnist blamed the attack on "smelly compost" and (of course) the "sinister banality" of President Donald Trump.

Boucher's lawyer claimed, and the press blindly accepted, that Boucher's denial of political motive somehow proved that there wasn't any, despite the FBI's initial contrary belief.

During all this time, the press has rarely mentioned that Paul was also at the June 2017 Republican softball team practice where Louisiana Congressman Steve Scalise was shot and nearly died. Only the heroic actions of Capitol Police, who killed would-be assassin James Hodgkinson, prevented a massacre.

In the lead-up to the June 15 sentencing, Paul noted that he had “had no conversations or discussions with the attacker” in the last decade, and that “any description of this attack that implies a ‘yard dispute’ justifies such violence and misses the point.”

The 30-day sentence Boucher received on June 15 clearly missed the point. The AP's report on it didn't tell readers that U.S. District Judge Marianne Battani is a 1999 Bill Clinton appointee. She decided that the attack "was a 'dispute between neighbors' and an 'isolated incident,' not motivated by politics."

Even if so, in determining the sentence, who cares? What person committing a life-threatening assault on an ordinary citizen would receive only 30 days? Why isn't it far closer to the prosecution's requested 21 months, especially because Paul is a senator?

The press's sympathies seem to be with Rene Boucher, and certainly aren't with Rand Paul. Would they be as nonchalant about all of this if Paul was a Democrat attacked by a Republican or conservative?